A string of emerging three-year-olds, either on debut or kicking off a new winter prep, may carry top billing heading into Tuesday’s feature Hawkesbury meeting but don’t be surprised if an older and well-travelled galloper steals the headlines.

Form students will be glued to a Benchmark 68 sprint for the boys later on the card when former Hong Kong-based six-year-old Green Reign returns home for his first Australian run in three years. 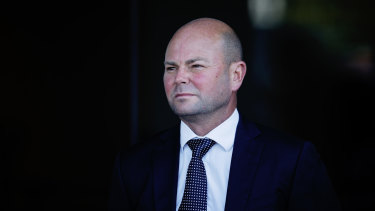 An Irish-bred gelding, Green Reign last competed here in May 2019 when he won as a three-year-old in a Class 1 Hcp at Gosford.

That was his second career win from only three starts having previously won on debut at Ipswich. But later that year he was sold to Hong Kong interests and returned to the track in a much higher rating race in December.

Yet despite many placings at the main weekend circuit at Sha Tin and Happy Valley midweek, Green Reign failed to win again in more than two years of trying.

So back he came last year to the Matthew Dunn stable at Warwick Farm where he’s been given plenty of time to acclimatise and adjust.

He was put back in the paddock after two trials at home last December when the vet’s ruled him unsound for racing before returning with an eye-catching trial on the synthetic at Randwick two weeks ago, finding the line after covering ground.

Green Reign’s biggest threats at Hawkesbury are likely to be two runners both resuming from breaks.

Talented Maurice three-year-old Saiko hasn’t raced since finishing down the track at Gosford in January, but has tuned up with two quiet trials over plenty of ground.

And returning from an injury-forced spell of more than 13 months, well-bred Kembla four-year-old Spectrometer has also shown up in two recent city trials.