More than 16 months after Tiger Woods suffered the high-speed car crash that threatened to end his career, fans have seen the aftermath. A photo has emerged on social media of the 15-time major champion, who made a remarkable return to action at the US Masters in April, wearing shorts that reveal a huge scar on his left leg.

Woods, 46, was travelling at more than 80mph when he endured a rollover accident in his Genesis GV80 SUV. The single vehicle collision left him requiring emergency surgery, with multiple breaks and fractures in both legs.

He spent more than a year out of the professional game before defying the doubters to play at Augusta, and also entered the US PGA at Southern Hills a month later. However, despite making the cut, he withdrew from that event after three rounds, having visibly struggled throughout.

In both tournaments, his calf was covered by a leg sleeve, which covered the true extent of the markings left following his rehabilitation. However, a picture posted on Twitter by golf journalist @LeifSkodnick, initially taken by Pavel Anisimov, has now given fans a harrowing insight into what Woods has been playing through. 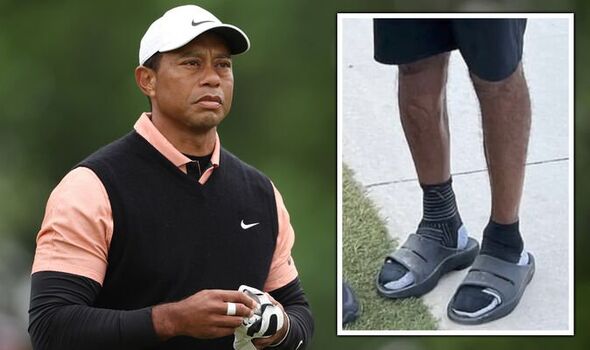 Skodnick added the caption: “Look at Tiger Woods’ right leg in this recent photo – incredible that he can play at all, much less competitively.” His followers seemed to agree, with @ValerieJerome18 saying: “Wow! It looks bad! But at least they saved it!”

@TSRTS56 added: “He made two cuts in two majors that were his only taste of tour action since before the accident… superhuman,” while @Silverbeaverfev said: “The fact he is even competing and making cuts is unbelievable.” 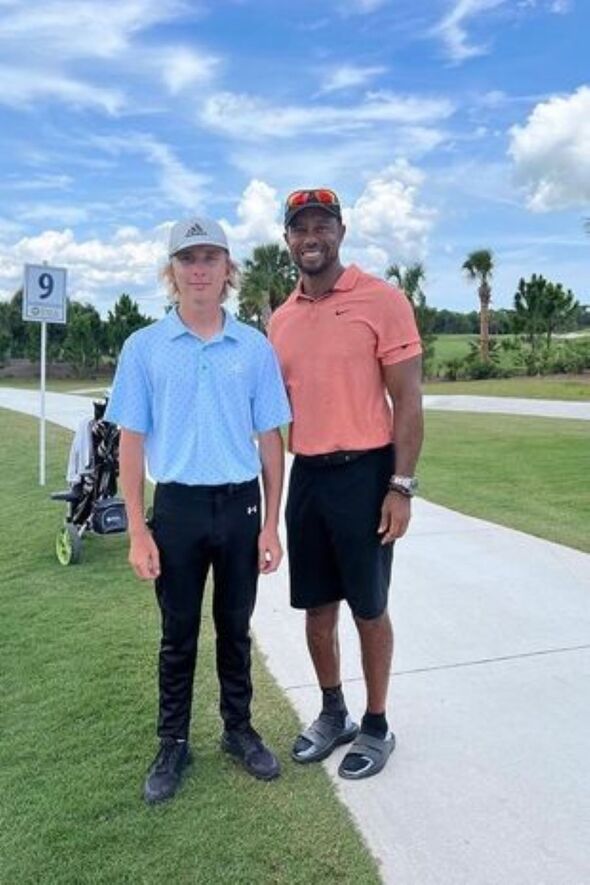 Despite failing to finish at the US PGA, Woods is still set to play The Open Championship at St Andrews in July. It’s a venue where he has won two of his three claret jugs, back in 2000 and 2005.

Prior to that, he’ll head to Ireland to take part in the JP McManus Pro-Am in Limerick. Hosted by Irish billionaire J.P. McManus, the event will be held on July 4-5 at the Adare Manor in County Limerick, which will also host the 2027 Ryder Cup.