Rory McIlroy begs to differ slightly with Jack Nicklaus over the latter’s belief that no player’s career is complete without winning the Open at St Andrews. But only slightly.

This will be just McIlroy’s second Open at the home of golf in his 16th year as a professional.

The quest for the golden chalice has seen flickering moments of inspiration and been cursed by ill fortune. In his only appearance to date in 2010 he opened with a marvellous 63, but still walked off the course with a tinge of regret.

‘This is a good lesson in human behaviour,’ he said, grinning. ‘The thing I most remember was hitting a six iron to three feet at the 17th and missing the putt.

‘Then I birdied the 18th and I came off the course thinking that was a really good chance to have been the first player in history to shoot 62 in a major. You can always be better.’ 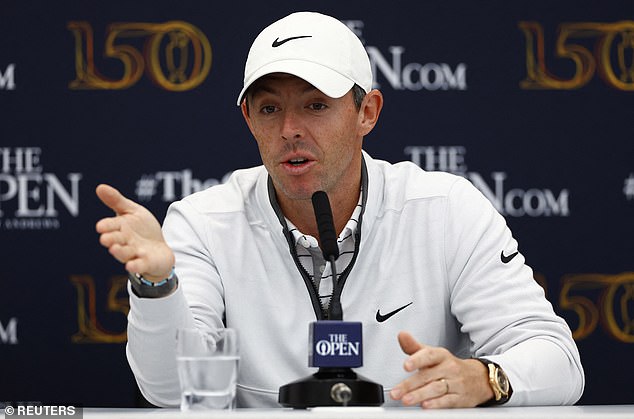 He certainly could have been better the following day, when the wind blew and he ballooned to an 80, before recovering his composure with rounds of 69 and then 68 to finish tied third.

If McIlroy could have one moment back during his career it would surely be the ill-fated decision to play a friendly game of football in the week before his defence of the Claret Jug in 2015.

He and Jordan Spieth were comfortably the best players in the world at the time, holding two majors each.

McIlroy suffered a freak ankle ligament injury and had to sit out the event at the Old Course. As everyone must know, the man who had won four majors in as many years is still awaiting his fifth.

Seven summers on, McIlroy has recaptured something of the aura he had back then. An impressive season to this point has seen him contend for each of the first three majors, finishing runner-up, eighth and tied fifth respectively.

He hasn’t finished outside the top 20 in his last seven events and beat Justin Thomas in a fine duel for the Canadian Open last month. 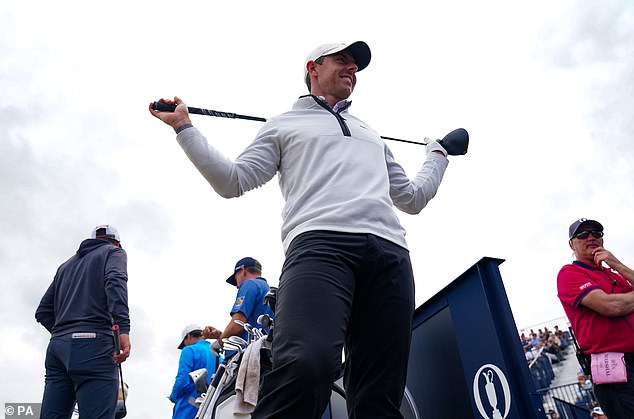 The Northern Irishman is preparing for the famous old tournament, which begins on Thursday

Unsurprisingly, the 33-year-old has the contented look of a man who expects to be in the mix come Sunday. ‘My confidence is certainly as high as it’s been in quite a while but I can’t afford to go out on Thursday thinking this might be my time,’ he said. ‘All I can do is try to play a good tournament. I can’t get ahead of myself.’

McIlroy has spent plenty of time with his childhood hero Tiger Woods in the build-up.

They must have had a few conversations about LIV, judging by Tiger following up Rory’s strident example in recent months and having a go at the Saudi-backed series. Both of them agreed at their separate press conferences that the R&A were right to exclude Greg Norman from the 150th celebrations.

The pair had a buddies’ trip to Ballybunion in the west of Ireland last week and teamed up for the four-hole Champions Challenge on Monday.

‘I thought Tiger was moving a lot better here, so that was encouraging,’ said Rory. ‘Swinging the club is clearly not an issue, but it’s the walking that’s been the struggle.

‘Can he contend? The way the course is, I could see it. Being so firm and fast, it’s going to be like a chess match and no one has played that type of golf better over the years than Tiger.’ 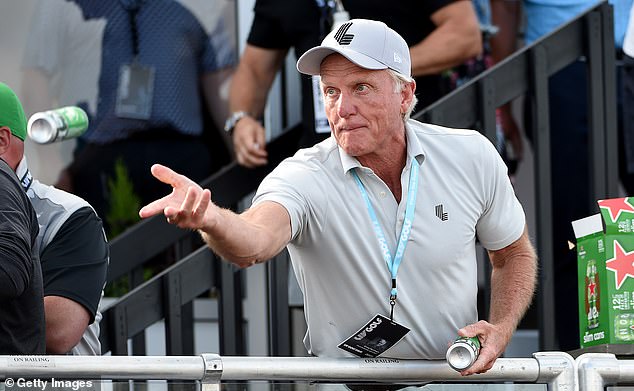 For all the talk of players being able to drive five or six par-fours, McIlroy believes the conditions might dictate a more conservative strategy than an aggressive one.

‘I think you will see a lot of players reining back and leaving themselves longer irons into some of the holes so they can spin the ball more,’ he said.

‘I hit a drive at the second hole (on Tuesday) that left me just 60 yards to go but even though the flag was in the middle of the green, with all the contours, I still couldn’t get it close from that range. I would have been better with a longer wedge shot.’

It’s not McIlroy’s natural game, of course, but there has been a maturity about his play over the summer to encourage the belief that the quest will still last deep into the evening on Sunday.

If this is the holy grail, mind, what does that make his desire to complete the career Grand Slam at the Masters?

McIlroy thought for a moment. ‘I guess it’s both, obviously I’d like to win both,’ he said. ‘Yes, let’s be greedy and say that I’ll take both.’