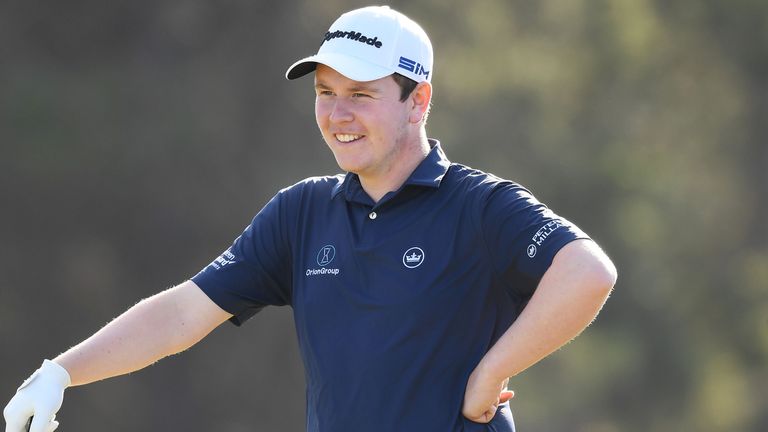 Robert MacIntyre insists he is not thinking too far ahead as he prepares to head off to the United States for a run of big tournaments on the Florida Swing.

The 24-year-old Scottish left-hander is set to tee up in the WGC-Workday Championship next week, with the Arnold Palmer Invitational and The Players Championship following on after that.

MacIntyre is up to 43rd in the world rankings after claiming his maiden European Tour victory at the Aphrodite Hills Cyprus Showdown in November and producing some consistent performances since then, including a third-place finish at the Omega Dubai Desert Classic.

If MacIntyre remains in the top 50 in the rankings in the week before The Masters, he will qualify for his first appearance at Augusta National in April, while a place in the European Ryder Cup team is also within his reach if he maintains his current form.

However the former Walker Cup player, who turned professional in late 2017, is firmly focused on his upcoming tournaments and is not worrying about either of these massive events at present.

“I’m pretty good at not worrying about these sort of things,” he said. “I used to worry about winning golf tournaments, obviously I had a lot of chances in my first season, but it had been drummed into me and I’ve done a lot of work about not worrying about winning golf tournaments, just going and playing golf and adding up my score at the end and that’s helped me.

“I’ve talked about the Masters for probably a year now since the pandemic started. I was really close and when everything kicked off I dropped down the rankings, but I knew as long as I put in the work then these things are possible.

“As long as I put myself in the hard grinds then I don’t see why it’s not going to happen. It’s just about me putting myself through the paces, doing the work and then if it’s there it’s there. But I’m still young, so I’ve got plenty of years ahead.”

MacIntyre, who spent a year at college in the United States, has been tipped to make his Ryder Cup debut at Whistling Straits in September and has played under the watchful eyes of Europe captain Padraig Harrington and vice-captain Robert Karlsson recently. 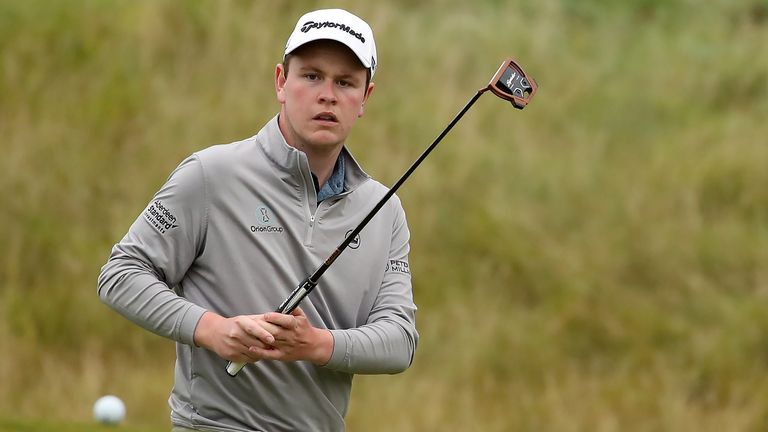 But he said: “[The Ryder Cup] is one of the easiest things to put out of my mind. That’s a reward from everything. I’ve got to go and perform well in these big events and if I can do that then I’m sure I’ll be knocking on Padraig’s door.

“I’ve played with him a few times. I played with Robert Karlsson the first two rounds in Dubai and I just go and play my golf, these guys are there to mark my card. I try and learn from these guys, I’m not trying to impress them. Padraig’s won three majors and done so much in the game of golf and I’m just trying to take little bits from him.”

As a result of MacIntyre’s rise to 43rd in the rankings he is now the top-rated left-hander in the world with Bubba Watson 50th and Phil Mickelson down in 89th.

“It’s cool,” he said. “It’s another achievement that as a young kid you probably dream of happening. The chances of it happening are so, so slim but I’ve managed to do that and no-one can take it away from me that I’ve held that mark for a period of time.

“Phil Mickelson is someone I’ve looked up to since I was a wee guy and to pass him in the rankings and to pass Bubba is pretty cool.”

With Mickelson having won The Masters three times and Watson twice, as well as Mike Weir’s win in 2003, left-hander’s have a good record at Augusta National.

But MacIntyre said: “They’ve seen it a fair few times but I’ve never been in Georgia, never mind being at Augusta! So hopefully I get there – still a lot of work to do – but if the time comes, the time comes, so we’ll take it all in and make sure to enjoy it.”