Those who run this gig have promised a welcome to the winner, irrespective of whose flag they wave in golf’s civil war. What went unsaid was whether it would be warm or through teeth gritted to the stump.

Well, after 36 holes the possibility remains that such an encounter could materialise, with Dustin Johnson striding at ever greater speeds across these links and through this field.

A 68 in the first round was handy and his subsequent 67 on Friday carried ominous warnings of a player who might yet deliver the most awkward of scenarios.

At nine under, he was four shots off the lead and no doubt increasing the anxieties of those at the R&A who feel some unease about anointing one of the LIV rebels as their Champion Golfer.

Given the immense strengths of Johnson’s game, and indeed his blissful ignorance to whatever fires are raging around him, he is more dangerous than most in the hunt of Cameron Smith.

His round here was near enough spotless, barring a bogey at the first that soon disappeared under a barrage of six birdies, four of which came on the inward nine. His driving was exceptional. 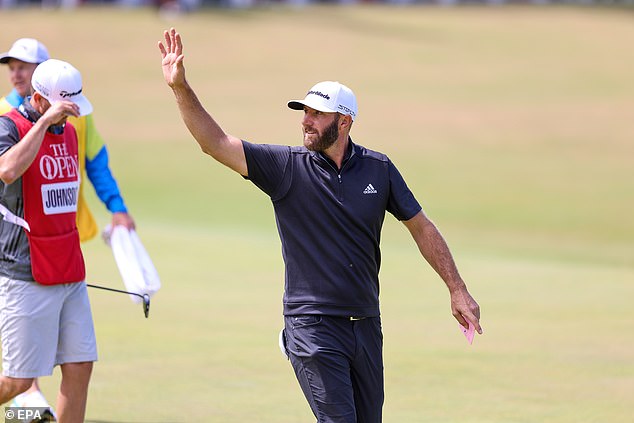 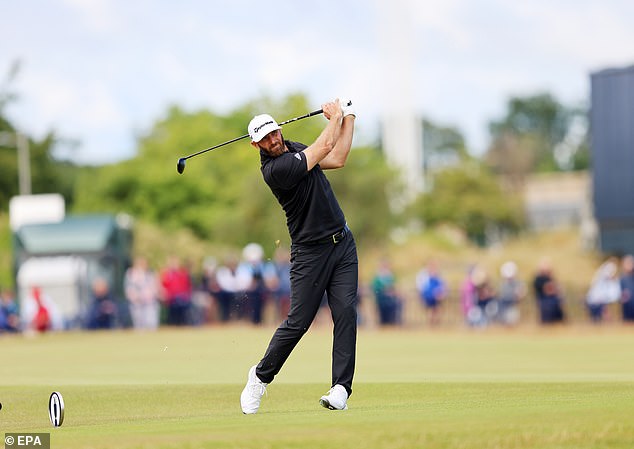 The American has always stood as the most glaring counterpoint to the argument that all who defected for the Saudi cash were too old, too infirm or too irrelevant to register as a massive loss.

Following some pretty middling performances this year, the former world No 1 appears to be demonstrating as much, as well as showcasing a near-amusing indifference to the fuss caused by his actions and those of his new colleagues.

When the two-time major winner was asked if the LIV contingent had been galvanised by the attacks on their integrity — a point of view forwarded by their own Talor Gooch, who reached seven under — Johnson smirked.

‘I mean, I don’t really know what you’re talking about,’ he said. When another pass was made at the same theme, and the management of those distractions, the 38-year-old added: ‘I don’t read. I don’t look at it.

‘It doesn’t bother me because obviously everyone has their own opinion and I have mine, and the only one I care about is mine. All I try to do is focus on myself and the golf. Everything else will take care of itself.’

An intriguing element of that will be in how he handles the weekend pressure, having led through 36 holes here in 2015 before he imploded. He said he wasn’t thinking much about that, either, as it happens. 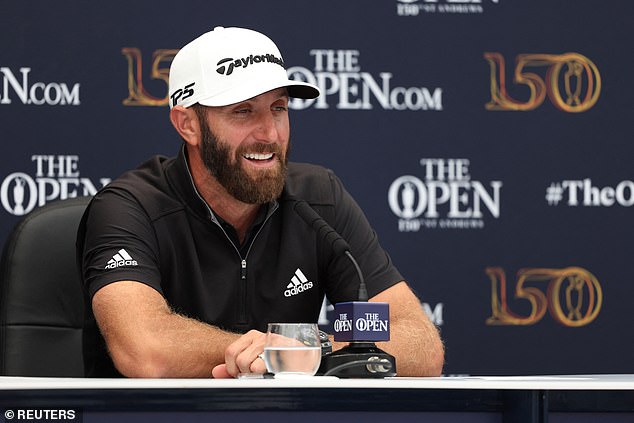 It was Gooch who offered the most interesting opinions of the breakaway bunch, whose presence on the first page on the leaderboard thinned out after the first-round charges of Lee Westwood, Ian Poulter and Bryson DeChambeau.

Gooch added a 69 to his Thursday 68, and said that a form of siege mentality had been driving the group forward.

‘The credentials of everyone (of the LIV contenders) speak for themselves,’ said the American. ‘It’s obviously cool for me to see other guys who are out there playing well. We’ve caught a lot of flak for what we’ve done here recently.

‘Everybody, it feels like, is against us, and that’s OK. It’s kind of banded us together, I think.’

Gooch is a fascinating figure in the wider debate, as unlike some of the older chaps, he still had years to give to the PGA Tour.

The 30-year-old, who reached as high as 31 in the world in January, revealed he had only initially signed up to play the first of the LIV events, but now finds himself unable to return to conventional circuits owing to closed doors. 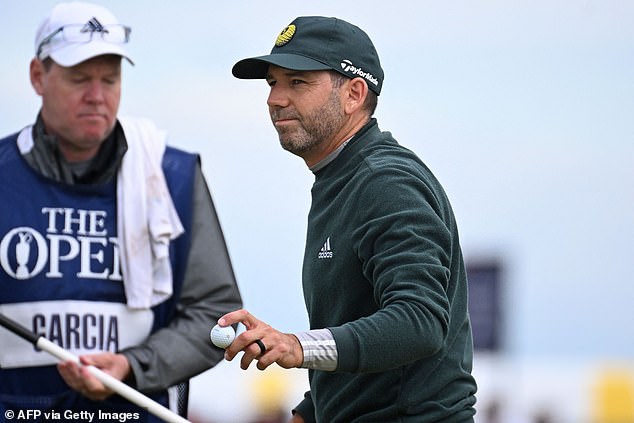 Also among the 24 rebels, Sergio Garcia shot five birdies in a 66 that lifted him to three under

The traditional rulers of golf will see that as a consequence of living with one’s actions, but Gooch, an optimistic sort, is holding out hope for peace.

Poulter carded an even-par round to remain three under, Westwood chipped away another stroke to get to a promising five under — the same as Abraham Ancer — but DeChambeau regressed with a 74.

Among those LIV players to miss the cut was Jediah Morgan on 11 over. He’ll get nothing for that at a major, on his new tour he would pocket nearly £100,000 for coming last.

Also among the 24 rebels, Sergio Garcia shot five birdies and an eagle in an excellent 66 that lifted him to three under. Like Johnson, it would seem the Spaniard pays little notice to the ambient sounds of the tournament.