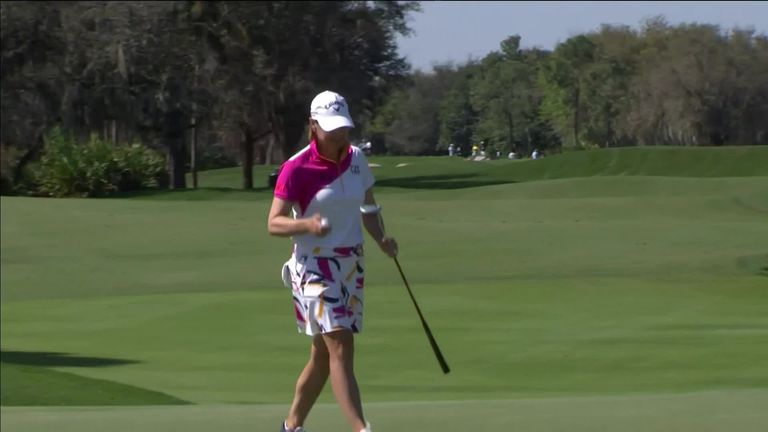 Lydia Ko holds a one-shot lead at the halfway stage of the Gainbridge LPGA, as Annika Sorenstam rolled back the years to battle through to the weekend in her LPGA Tour return.

Sorenstam, making her first official start on the LPGA Tour since 2008, carded a one-under 71 at Lake Nona Golf and Country Club – her home course – to progress on the cut-mark of two over.

The 50-year-old, starting a shot outside the cut-mark after a first-round 75, started her second round with 10 straight pars before following a 10-foot birdie at the second by holing a 25-footer at the par-four next. 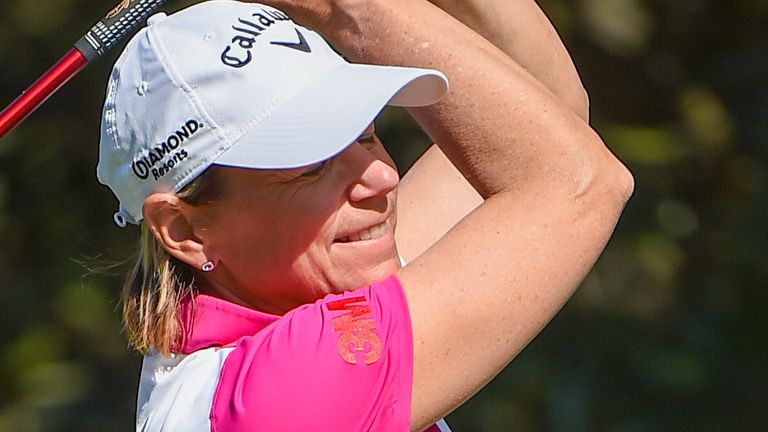 Sorenstam bounced back from a bogey at the fourth by chipping in from off the seventh green for an unlikely birdie, with the Swede dropping a shot at the eighth and making par at the last to sneak into the final two rounds.

“I did what I could,” Sorenstam said. “The goal was to shoot under par and I did, and so that’s all I can do. Whatever happens, happens from here. It’s been great, two wonderful days.

“The goal was to be a little bit more aggressive. I was at times; not as much as I should have. Overall, I’m very pleased. A little chip-in there didn’t hurt, but, yeah, I look at it as a great round.” The ten-time major winner would be further up the leaderboard had it not been for an incorrect ruling from underneath a gate during her opening round, which led to her racking up a triple-bogey rather than a lower number.

Sorenstam was advised at the time by a rules official that she had to take an unplayable lie to get relief from the gate, although the Rules of Golf state the gate could have been opened to play her second shot.

In a statement, the LPGA Tour said: “The official on scene linked the word “integral” to the gate, meaning that it could not be moved. This was an error under the definition of an Immovable Obstruction in the Rules of Golf. The gate is considered moveable if proven to be unlocked (Rule 16), and therefore could have been moved to allow the player to hit the shot.”

Ko tops the leaderboard on 10 under after rounds of 65 and 69, with Nelly Korda a shot back in second after closing out a four-under 68 with three birdies in the last five holes.

Ireland’s Leona Maguire is seven shots off the pace and on three under alongside Georgia Hall, who carded a three-under 69, while Charley Hull is nine behind after a level-par 71.