Augusta National Women’s Amateur: Olivia Mehaffey one off lead heading into final round Northern Ireland’s Olivia Mehaffey carded the lowest round of the week to move within a shot of the lead heading into the final round of the Augusta National Women’s Amateur.

Mehaffey mixed six birdies with three bogeys on her way to a three-under 69 at Champions Retreat Golf Club, lifting the 23-year-old within a shot of 36-hole leaders Rose Zhang and Ingrid Lindblad.

Zhang had set the clubhouse target despite finishing her second-round 72 with two bogeys over the final five holes, as Lindblad – playing in the group behind – birdied five of her last eight holes to post a two-under 70 and join the American as the only two players under par for the tournament. 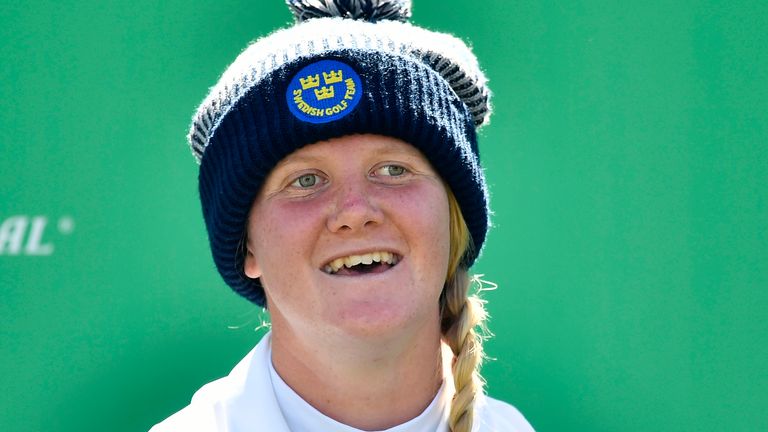 Auston Kim sits in tied-third alongside Mehaffey, one of just three golfers to post an under-par second round, with only the top 30 in the 82-strong field making the cut and progressing through to Saturday’s final round at Augusta National.

“I think the hardest thing about this tournament is you can feel like you’re in contention, but you also feel you’re so close to the cut line,” Mehaffey said. “I think that’s the hardest battle out there.

“You know a couple of mistakes, especially how difficult it’s playing, you can drop down so fast, but then you can also move up quite quickly too. It’s nice to know it’s good and I can go in and prepare for the next few days.”

England’s Annabell Fuller is four off the pace and in tied-tenth after a three-over 75 on Friday, while her three compatriots in the field – Isobel Wardle, Emily Toy and Lily May Humphreys – all failed to progress through to the final round.

“Coming into this, I knew I didn’t want to think about making the cut because the ultimate goal would be to kind of come out on top,” Fuller said. “I kind of tried to push that worry away and focus on the main thing.”

The entire field will get to play a practice round at Augusta National on Friday, with the final round of the 54-hole event then taking place on Saturday and being shown live on Sky Sports Golf.