Ash from a volcano that had been inactive for 42 years has thrown another logistical issue for Australia’s cricketers.

The eruption of the La Soufrière volcano on the Caribbean island of Saint Vincent has forced mass evacuations, leaving at least a reported 10 per cent of the island’s 110,000 population homeless. 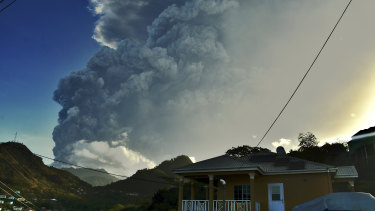 The eruption of a volcano on the Caribbean island of Saint Vincent is delaying confirmation of Australia’s tour of the West Indies.Credit:AP

CA has indicated it will be sympathetic to any players complaining of weariness after prolonged time in bubbles in the IPL despite the tournament falling during their leave period. The situation has prompted Glenn Maxwell to contemplate an extraordinary back-up plan.

The Board of Control for Cricket in India has assured foreign players they will be repatriated after the tournament, but Maxwell and his fiancee Vini are exploring their own solutions – including flying to England. Maxwell is adamant players will not be jumping any queues.

“If worse comes to worse and we have to wait in England or try and find a way onto that charter and get out of India I’m sure a lot of guys will put their hand up to do that as well,” Maxwell said on The Final Word Cricket Podcast.

“There’s about 5,000 Australians over here at the moment. We’re certainly not asking for preferential treatment. We’re just hopeful things can start to see an upside, things can take a turn and we find a way for everyone to get home safe. 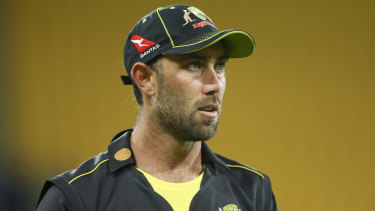 Glenn Maxwell is considering an extraordinary back-up option if the pause on flights out of India to Australia is extended.Credit:Getty Images

“It’s [going to England] something I’ve just floated to Vini. It’s something just discussing maybe ways we can if things do go extremely south and gets a whole lot worse, what are we going to do if there is no help.

“It is also worth thinking about to make sure you do have a plan B just to try and be safe.”

It comes as Adam Zampa and Kane Richardson began their mandatory two weeks of hotel quarantine in Melbourne after unwittingly contradicting Prime Minister Scott Morrison’s claim earlier this week that travel to Australia from India via a third nation was not possible.

The pair are privately miffed at some media reports suggesting they had “exploited loopholes” in returning to Australia via Doha. Sources close to players say they had made their bookings before the federal government had announced the travel pause, and flew out of Doha to Melbourne before the route was closed to passengers from India.