‘My goal is to play all three formats for England’: Sam Curran prepares to show he can be the new Ben Stokes as the all-rounder looks to back up his impressive display at Old Trafford in the series decider against South Africa

Sam Curran will get a further chance today to show he can fill the void created by Ben Stokes’s one-day international retirement as England attempt to complete a come-from-behind Royal London Series win over South Africa.

Curran produced an impactful performance in the first match of the post-Stokes era at Emirates Old Trafford on Friday night, cracking 35 off 18 deliveries to resuscitate an England innings that had slipped to 101 for six.

Then, having transformed the direction of the contest in Manchester with the bat, he effectively settled its outcome with ball in hand when he dismissed the dangerous David Miller to leave the Proteas 27 for five chasing 202 — thus setting up Sunday’s decider at Headingley. 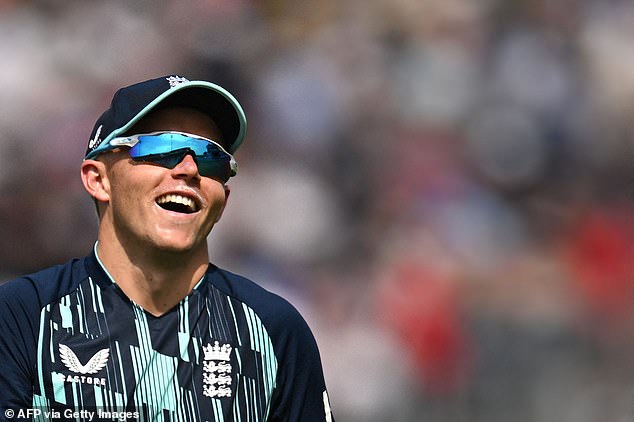 ‘I’ve always looked up to Stokesy as a cricketer. I almost want to try to copy him. He’s obviously a huge loss and the boys are going to miss him,’ Curran said.

‘I’ve always tried to follow the way he trains and the way he plays. Obviously he’s retired from one-day cricket now but he’ll go down as one of the greats for England.

‘I try to be positive. That’s the message Jos has given to me and the team. The situation we were in, we didn’t want to scrape a target of 145 to 150.’

Like his fellow left-hander Stokes, the 24-year-old is capable of turning matches on their head via aggressive batting, and buoyed by his maiden first-class hundred against Kent last month he blitzed the South African spinners with an aerial assault including three sixes.

Curran described the fact he had not previously reached three figures as ‘annoying’ but hopes to push his claims for promotion in England’s line-ups by producing more man- of-the-match contributions. 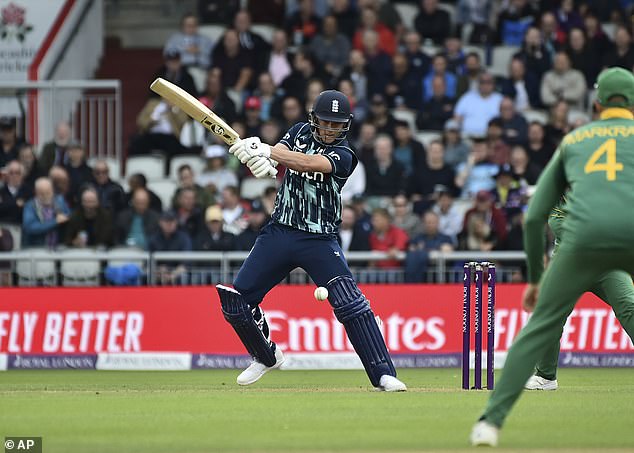 ‘For Surrey, I have batted up the order, which has made me think as a batsman. I like to try to read situations well. Guys like Moeen Ali and Stokesy who have batted in that middle-order for so long — I like chatting to them about options and when to take risks. They are the kind of areas I’m working on,’ he said.

Curran’s all-round versatility has made him an attractive proposition to Twenty20 franchises but he made it clear that events like the money-spinning new league in South Africa next January fall way behind international cricket in his list of priorities.

‘There is so much cricket. My goal is to play all three formats for England. That’s been my dream since I was a kid. There is no better feeling than winning games for your country,’ he said, adding that he hopes to win a 25th Test cap in the near future too, having recovered from a stress fracture of the back.

‘I loved the way the guys played against New Zealand. Loved watching that. And hopefully, touch wood, my body is holding up OK getting through these 50-over games. 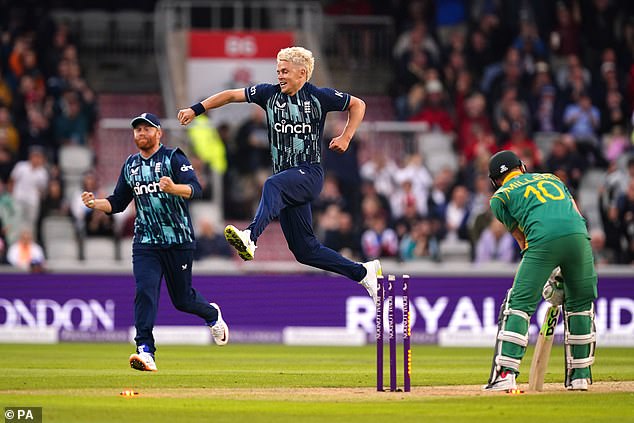 ‘I was managed very carefully, which I’m pleased about, because it was my first big injury. But the next step will be four-day cricket and bowling 20 overs in a day.’

Heinrich Klaasen’s pernickety, delaying tactics in the drizzle on Friday night — the bid to waste time and therefore force a no-result by restricting the second innings to fewer than 20 overs simply led to an eight-minute delay while covering was secured behind the bowler’s arm — incensed the England team and added piquancy to today’s finale.

England are likely to retain the same line-up as they look to win a first series under Jos Buttler’s white-ball stewardship, with their alternative options in the bowling department reduced by a toe injury to Brydon Carse.