Scott Edwards hit 78 as the Netherlands set England a target of 236 runs off 41 overs to win the second one-day international in Amstelveen and secure a series win.

David Willey and Adil Rashid took two wickets apiece to restrict the hosts to 235 for seven in a match shortened because morning rain had seeped through the covers onto the outfield.

Having again won the toss, Netherlands skipper Edwards didn’t repeat Pieter Seelar’s error of inserting England, who smashed a world record 498 in the opening ODI of the series amid a frenzy of big-hitting on Friday. 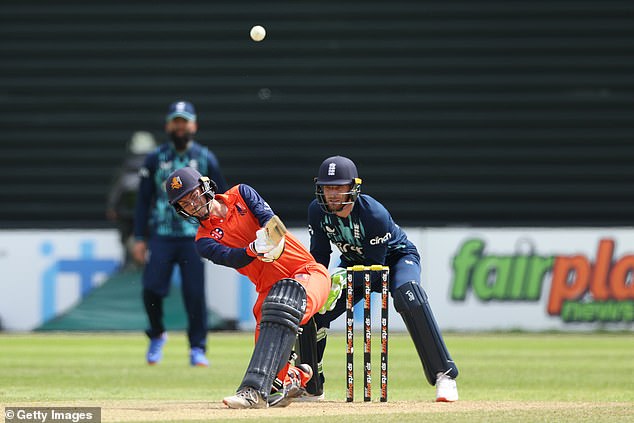 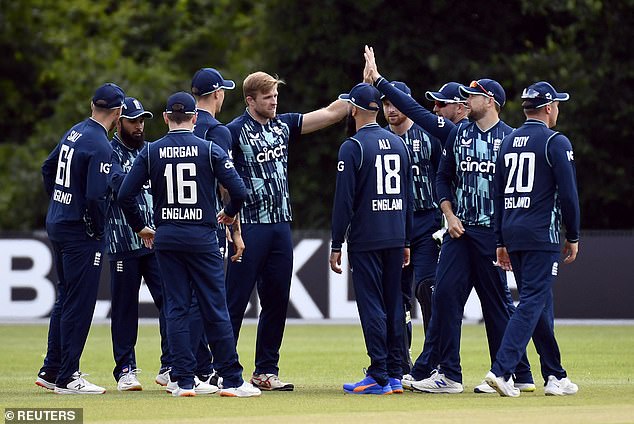 England made just the one change from that mammoth victory, with Brydon Carse replacing Sam Curran, as Jason Roy marked his 100th ODI appearance. Seelaar was ruled out with a sore back.

Openers Vikramijt Singh and Max O’Dowd were watchful at first as left-armers David Willey and Reece Topley quickly located a back of a length rhythm to negate the chance of big hits to the short straight boundaries.

It took four overs for the Dutch to register a boundary, courtesy of Singh, who then was surprised by Willey’s bumper and miscued a pull that looped to Carse at square-leg for just 10.

Tom Cooper showed a bit of intent and he became just the fifth Netherlands batsman to achieve the milestone of 1,000 ODI runs after hitting fours off Willey and Topley. 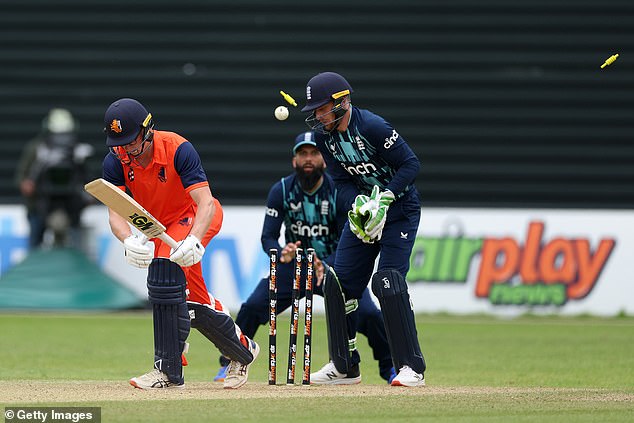 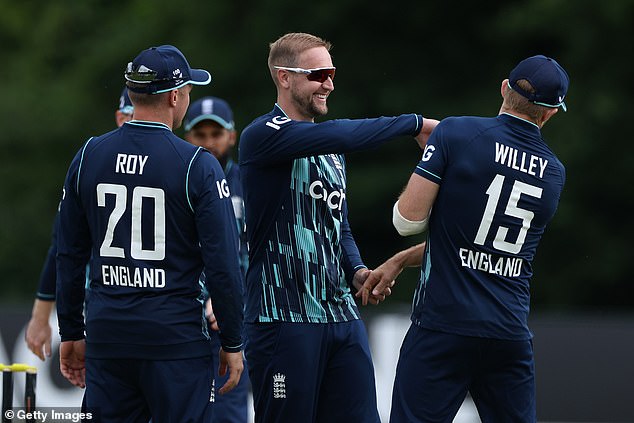 But the introduction of Rashid stopped any momentum the home side hoped to generate. They slipped to 34 for two within three balls of the spinner’s introduction, with Dawid Malan taking a fine catch as O’Dowd tried to sweep.

There were also quick gains for Carse when he was brought on. Cooper had made 17 off 20 balls but was trapped on the crease. There was some hesitation by umpire Nitin Bathi before he raised his finger.

Cooper didn’t review but the technology came to the aid of captain Edwards when he sent an LBW verdict upstairs off Rashid and was vindicated.

That reprieve allowed Edwards and Bas de Leede to lead a recovery. England wasted their final review after Carse beat the inside edge of De Leede’s bat but HawkEye showed the ball would have missed leg stump. 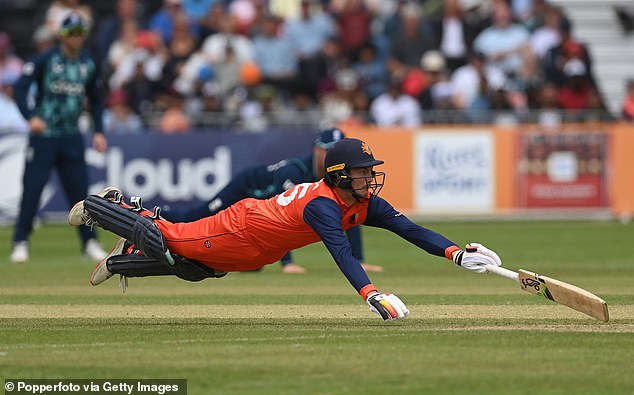 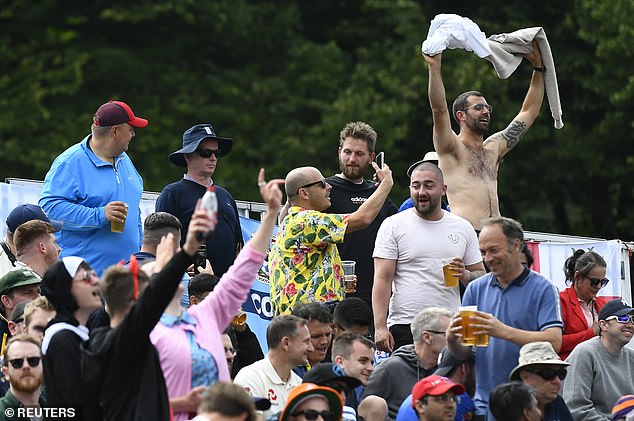 Fans enjoy the atmosphere at the VRA Cricket Club in Amstelveen, near the Dutch capital

For the second match in a row, a Dutch batter shattered the window of the press tent. O’Dowd did so on Friday off Rashid, later autographing the damage, and the leg-spinner was given the same treatment by De Leede.

He fell for 34 off 41 balls when hitting Liam Livingstone directly up in the air after taking one risk too many.

But Edwards continued to hold the innings together, bringing up his half century with a brilliant shot off Carse for one of his three sixes. 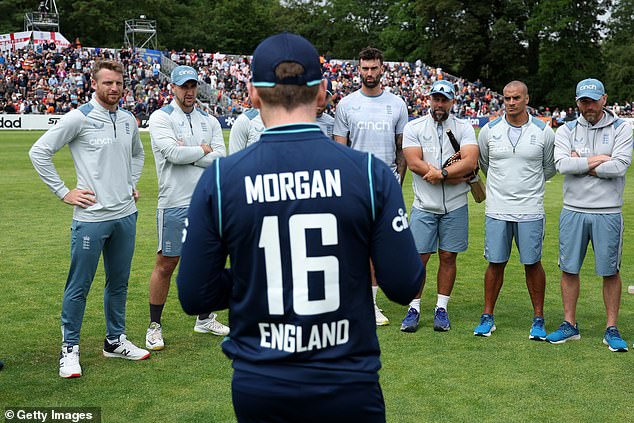 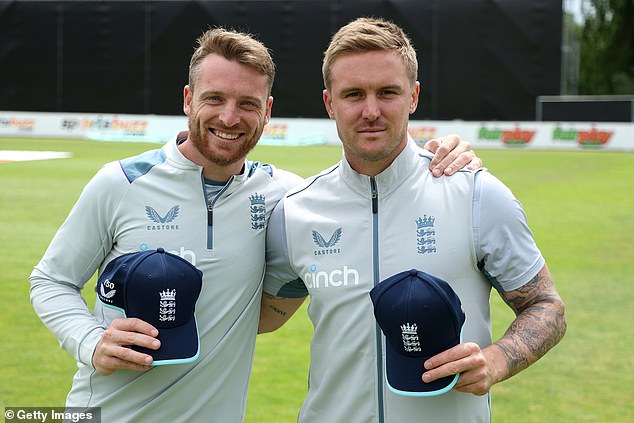 Edwards was ultimately run out by Willey for 78 off 73 balls before some late blows by Logan van Beek lifted Netherlands to 235 for seven.

England will hope to complete their dash to the victory target of 236, and wrap up their series win, before further rain comes.