LAWRENCE BOOTH: The debate surrounding Leach's future will not go away

LAWRENCE BOOTH: Jack Leach works hard, but with an England spinning great and another potential turning option watching on it is hard to escape the fact that the debate surrounding his future place in the side just is not going away

When Jack Leach had Tom Blundell caught at mid-on for 106 late on the second morning in Nottingham, it was his first Test wicket on English soil for exactly 1,000 days.

Mind you, 24 hours earlier he had bowled his first delivery on English soil for 999 days, so the moral of the story was chastening whichever way you looked at it: to be a spinner in this country is, at times, to flirt with irrelevance. And that is a status Leach can ill afford.

England’s slow left-armer is used to battling the odds. He has spent his career in the shadow of Crohn’s disease, and has fought off sepsis and, in all likelihood, Covid. Within half an hour of the first Test at Lord’s last week, he banged his head on the turf after chasing the ball to the boundary – as per the Brendon McCullum playbook – and was soon ruled out of the game because of concussion. 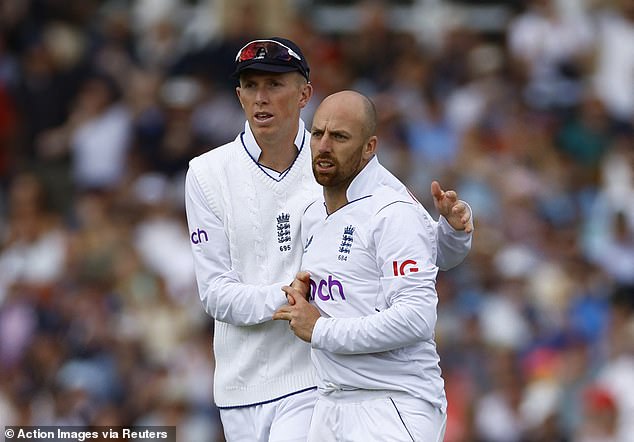 ‘At least I saved four,’ he told team-mates, employing the gallows humour he has been forced by circumstance to hone.

On days like yesterday, when Leach’s first over after lunch disappeared for 17 and he was carted for a quartet of fours by New Zealand’s No 11 Trent Boult, it must be hard to smile.

He finished with figures of two for 140, and went at four an over. He was in danger of being treated with the contempt shown to him last year in Chennai by Rishabh Pant, then in Brisbane by David Warner and Marnus Labuschagne. 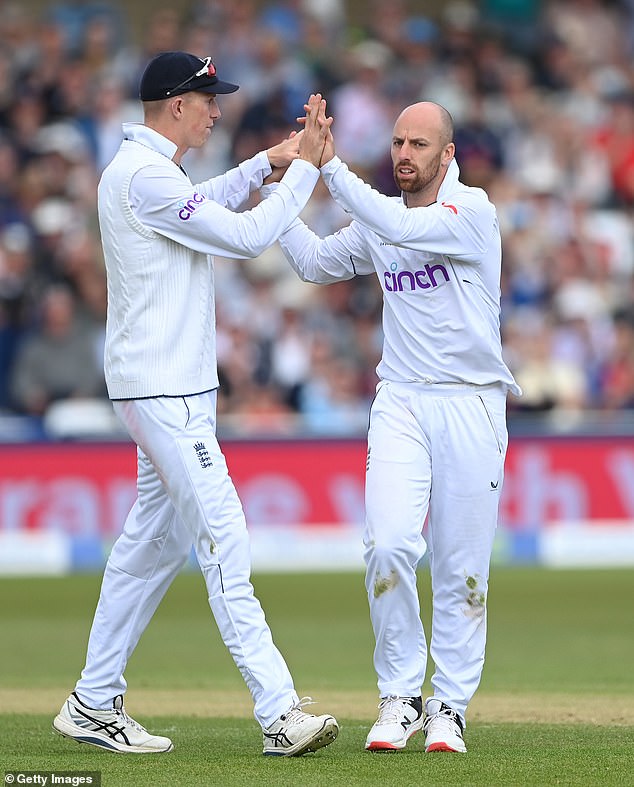 And it was all happening while the debate over who should bowl spin for England has been taking an improbable twist following the Mail on Sunday’s revelation that Moeen Ali and Adil Rashid are back in the Test mix.

As if to heighten the pressure, Ali turned up at Trent Bridge yesterday to summarise for the BBC’s Test Match Special, and immediately confirmed he would ‘love’ to resume his Test career now that McCullum and Ben Stokes are in charge.

One floor up in the Radcliffe Road Stand, Graeme Swann – perhaps the last England spinner to successfully combine attack and defence – was making shrewd technical points about Leach’s action. 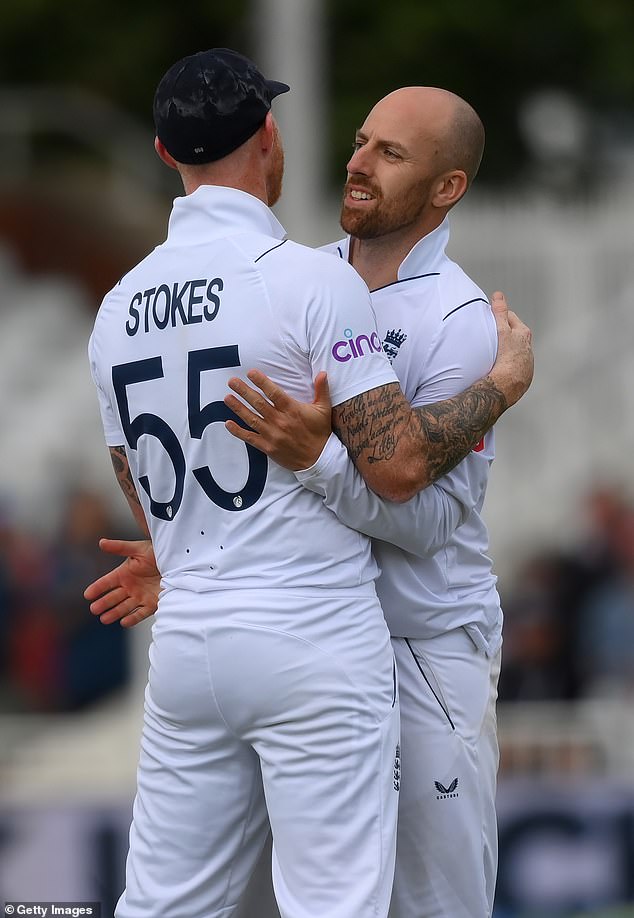 It’s one thing being criticised by the media. But, despite Ali’s honourable claim that he does not to want to destabilise his former team-mate, the fact remained that Leach was now being scrutinised by his predecessors.

It wasn’t as if he bowled badly. A pitch not yet two days old offered almost no turn, and he would have had Mitchell caught on 104 had Matt Potts, running round from long-on, not allowed a skyer to burst through his hands, hit his knee and ricochet for four. England’s fielding in this game has been disctinctly average.

New Zealand, too, had decided to target Leach from the start, just as Stokes went after the tourists’ own left-arm spinner, Ajaz Patel, at Lord’s, hitting him out of the attack after two overs – and possibly out of the series. 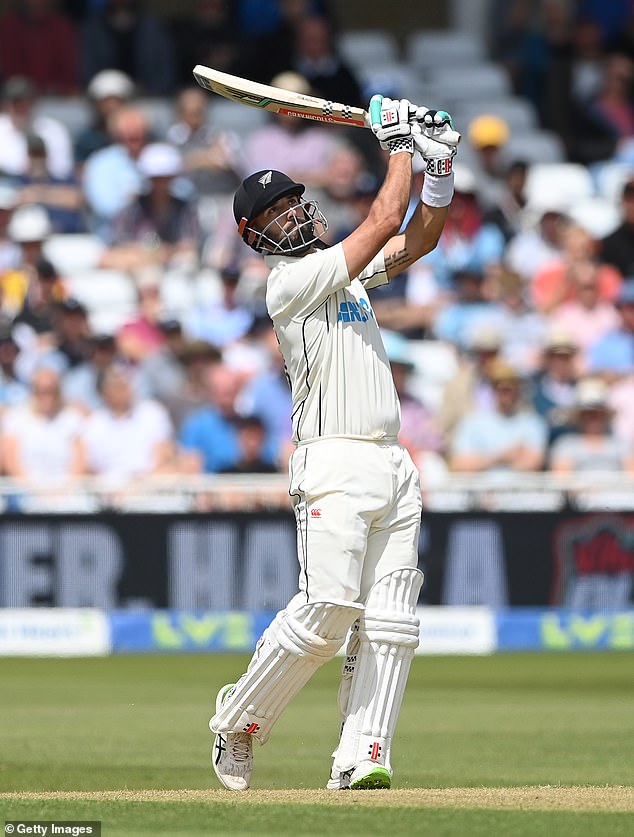 But that is the lot of the modern spinner in England, especially when spring has not quite ceded to summer and conditions remain in favour of the quicks – or, as was the case during New Zealand’s first-innings 553, the batsmen. Unless you have tricks up your sleeve, it can all get a bit predictable.

And that is the concern about Leach ahead of a winter which includes a three-Test tour of Pakistan.

His record in Asia is perfectly respectable: 46 wickets at 27 in nine Tests in Sri Lanka and India, including seven innings hauls of four or more. But all those games were played on helpful pitches, whereas recent surfaces in Pakistan have broken bowlers’ hearts. 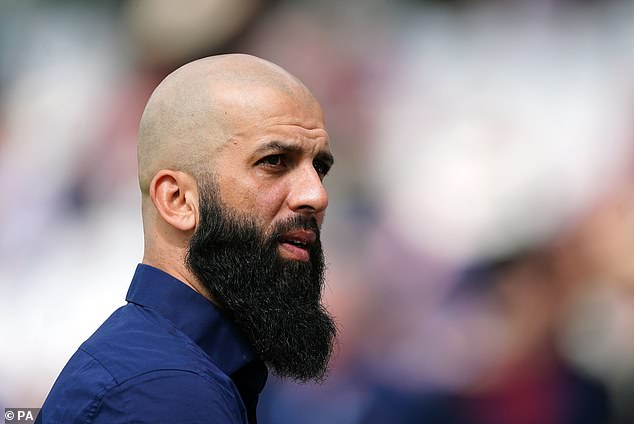 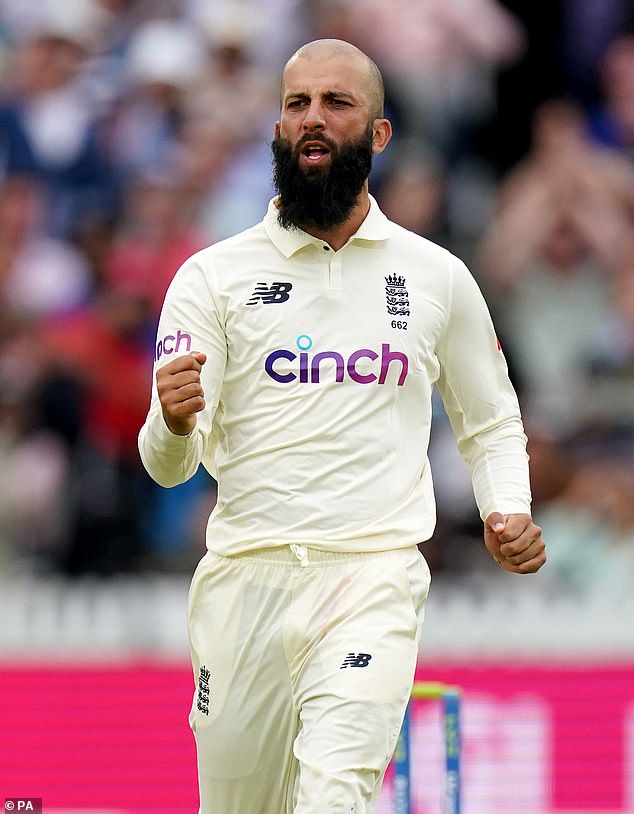 At Rawalpindi in March, a Test match against Australia produced 1,187 runs for the loss of 14 wickets. In the next game, at Karachi, Pakistan batted out nearly 172 overs to secure a draw.

Leach is hard-working and accurate, but he does not tend to surprise top-class batsmen. In Barbados three months ago, he got through nearly 70 overs in West Indies’ first overs and took three for 118 – parsimonious but not exactly penetrative.

That is partly why so much interest surrounded the identity of his concussion substitute at Lord’s, Matt Parkinson – whose googly gives him the advantage over Leach of being able to turn the ball both ways.

Parkinson didn’t set St John’s Wood on fire, but neither did he self-combust, as some observers imagined. And if he was a touch slow through the air, that hasn’t stopped him taking his 127 first-class wickets at just 24 apiece.

Leach is a good bowler and he has overcome worse situations than a tricky day and a half on a flat one at Nottingham. But the debate over England’s spin-bowling resources is refusing to go away. 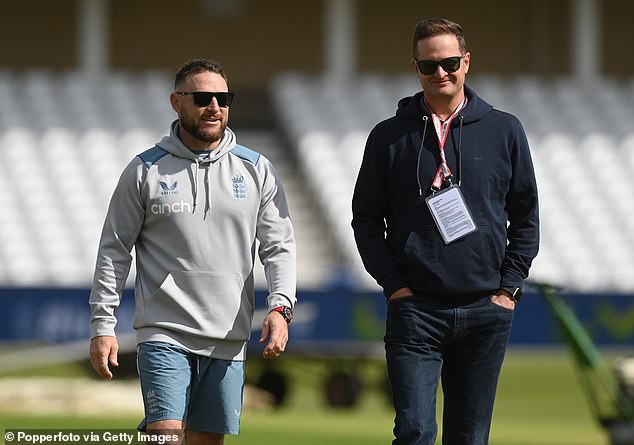