Root’s ready to rumble! New Zealand are on fire and at full strength while England have five stars out and are set to give a debut to their FOURTH choice wicketkeeper… but skipper Joe still has his sights set on winning EVERY match

It does not come naturally to think of England as underdogs going into the first Test of summer, especially against the perennially under-rated New Zealand. But Joe Root knows the size of his task as Lord’s reopens its doors on Wednesday to international cricket.

New Zealand arrive on the back of six successive wins, they are virtually at full strength, with the exception of the missing Trent Boult, and have seen their captain Kane Williamson return to the top of the world batting rankings.

England, by contrast, are without at least five players expected to be playing on Wednesday had they been available and are poised to give a debut to at least one newcomer in their fourth choice wicketkeeper James Bracey. 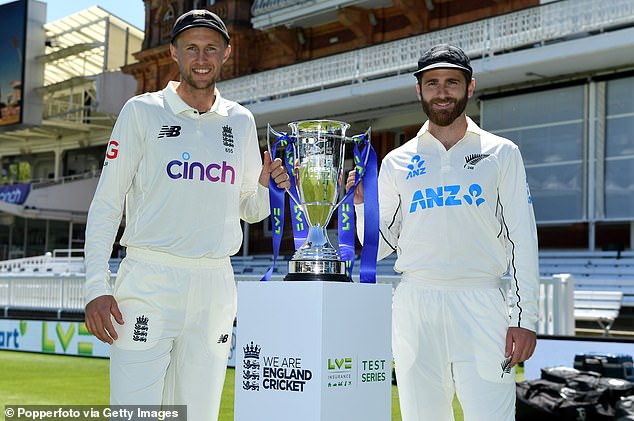 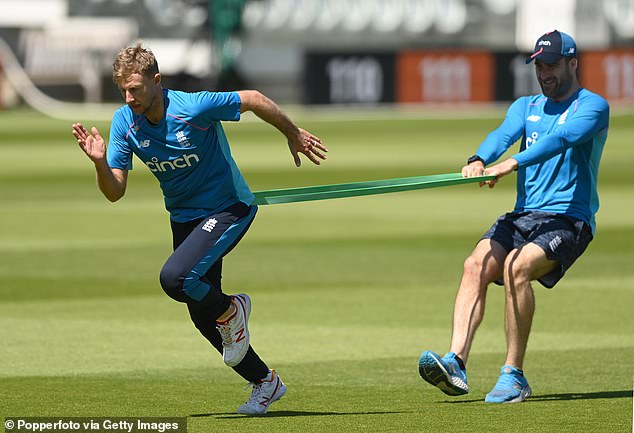 No wonder Root kept reminding everyone on Tuesday that England were facing the two best Test teams in the world this summer in New Zealand and India, even if he has set his sights on winning all seven matches against them.

It would be some achievement if they did, not least because England’s priority is the Ashes at the end of those seven Tests and this summer, especially in Covid times, remains an exercise in adding as much depth to the squad as possible.

England do not want to be handing out Test debuts in Australia, so Bracey gets his chance now but not in the way envisaged. Instead of being a candidate for the top three he will replace the desperately unlucky Ben Foakes and keep the gloves warm for Jos Buttler.

‘He’s worked extremely hard and has been around the squad for a good while now,’ said Root on Tuesday when confirming Bracey’s debut. ‘We know how good a player he is and he’s in great form. I’m sure a debut at Lord’s will be extremely special for him.’ 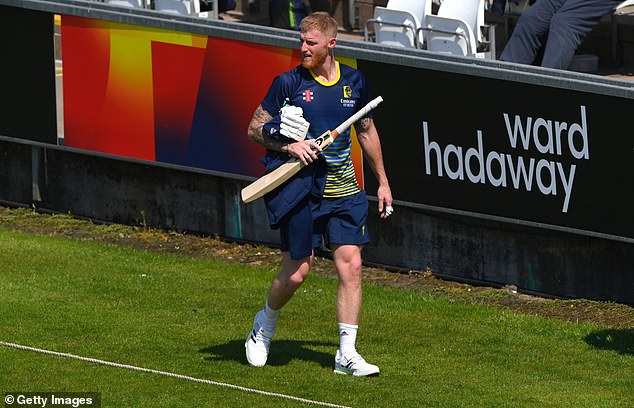 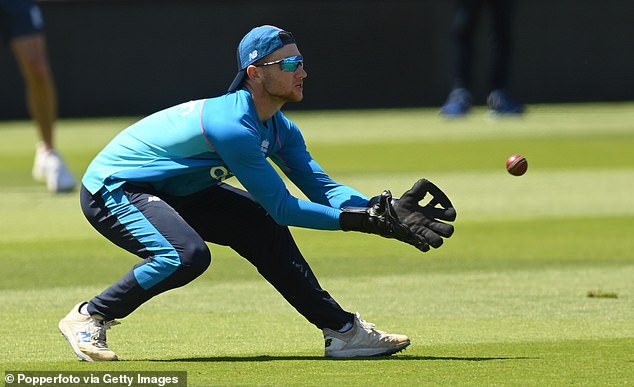 As it would be, too, for the other probable newcomer in Ollie Robinson, the favourite to complete a remarkable rise from the depths of being sacked by Yorkshire seven years ago to becoming England’s Test bowling all-rounder. And at a ground where he has taken 22 wickets in three games for Sussex.

Root wants to wait until Wednesday morning before he finalises his line-up, with the balance thrown awry by the absence of Ben Stokes, Chris Woakes and Sam Curran.

England’s instinct was to leave out their spinner in Jack Leach and play four seamers after Bracey at seven, with Robinson, or Craig Overton, having the batting ability to come in at eight ahead of Mark Wood, Stuart Broad and Jimmy Anderson.

The belated appearance this year of the sun has thrown something of a spanner in the works but it would still be a surprise if England did not leave spin solely in the hands of Root, who did take five for eight on that crazy day in Ahmedabad, and Dan Lawrence.

‘When we are missing our all-rounders it does change things and we have to look at doing it slightly differently,’ said Root. ‘But we’ve got guys who are more than capable of scoring runs down the order. One of our big incentives is to improve lower order runs.’ 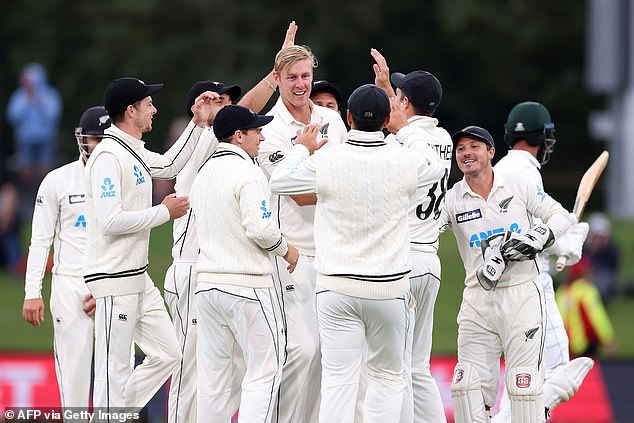 What does seem certain is England will hand the astonishing Anderson his England record-equalling 160th cap, needing eight more wickets for a thousand in first-class cricket, and ask him to take the new ball, as so often in the past, alongside his old partner in crime Broad.

And Broad, left out of the first Test of the summer last year, will be vice-captain in the absence of Stokes and Buttler to Root, who confirmed he himself is good to go today despite bruising his right hand in practice on Monday.

‘Stuart has been a senior player for a long time,’ said Root. ‘He speaks very well, has a very good cricket brain and has captaincy experience in the short format. He’s the right man for the job in the absence of Ben and Jos.’

New Zealand, seemingly relaxed to be back at the ground where they lost the World Cup by ‘the barest of all margins’ two years ago, may hand out two debuts of their own as they continue both here and in the second game at Edgbaston next week to build towards the World Test Championship Final against India.

The South African-born Devon Conway will open the batting alongside Tom Latham while Rachin Ravindra may provide left-hand batting to the middle order and slow left-arm bowling to the attack. 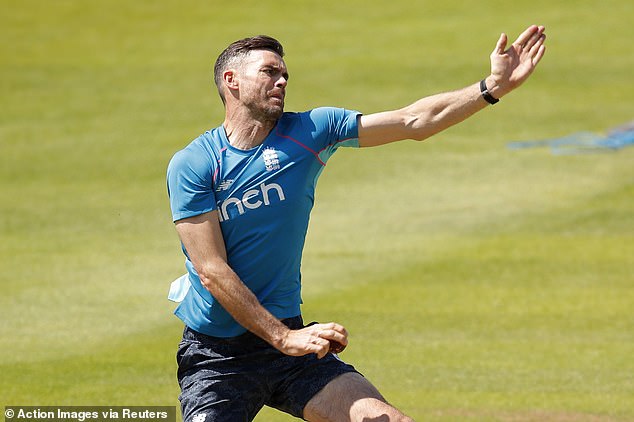 But all New Zealand eyes will be on the imposing figure of 6ft 8in Kyle Jamieson, who has made a sensational start to his Test career with both ball and bat and has become a wealthy man in the process thanks to a £1.75million IPL contract with Bangalore.

The stage, then, is set in front of a Lord’s crowd that will be at 25 per cent capacity, around 6,500, for the start of a packed year or so that will define the Test captaincy of Root and the coaching of new ‘supremo’ Chris Silverwood.

‘There’s going to be constant conversations this summer about the Ashes, there’s no getting away from that,’ added Root. ‘But how we prepare for that will be how we perform in these seven matches.

‘To be playing against the best two Test teams in the world is a great opportunity for our players. We know we’re good in home conditions but can we do it against the best?’ We are about to find out.