Heather Knight marked her 100th match as captain with 95 on a much-talked about used pitch at Bristol.

Here, the PA news agency takes a look at day one.

England handed a maiden Test cap to 22-year-old Sophia Dunkley, making the all-rounder the first black woman to play the longest format for the country. The South East Stars player was only awarded her first central contract on June 8 after impressing over the winter with England and in the opening games of the Rachael Heyhoe Flint Trophy. Dunkley made her entrance at number six with just over an hour’s play left in the day and finished on 12 not out.

Although it was not quite the century she would have hoped for to mark her 100th match as England skipper, Knight’s well-struck 95 was the innings of the day. She struck nine fours in 175 deliveries. Despite reviewing her lbw dismissal, the ball was clipping the stumps and the decision remained with the on-field umpire.

The return of fans 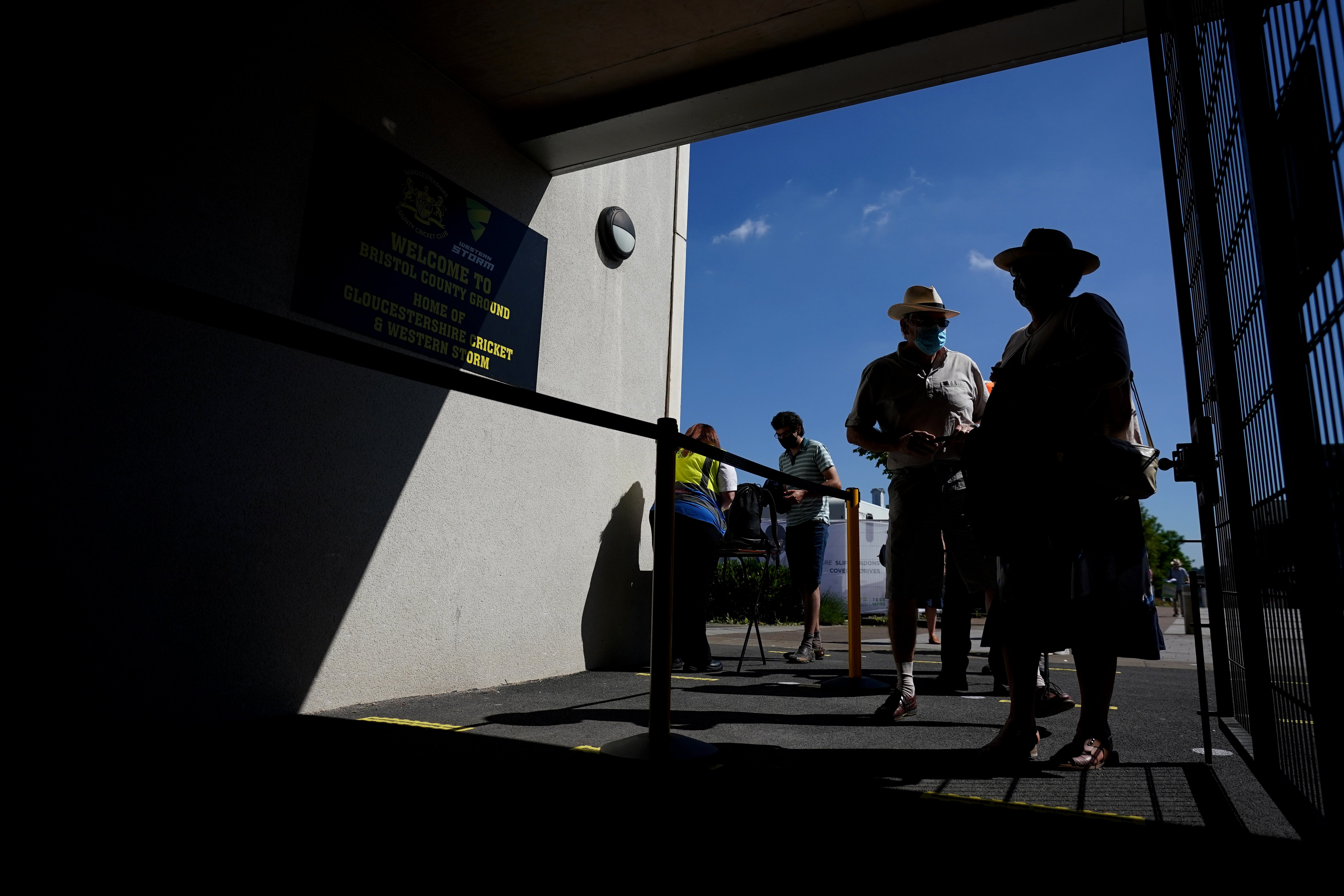 It was the first time England fans had been allowed to watch the women’s team live since before the coronavirus pandemic in the summer of 2019. For the most part there were limited numbers and they were often muted, despite a small group of vocal Indian fans. 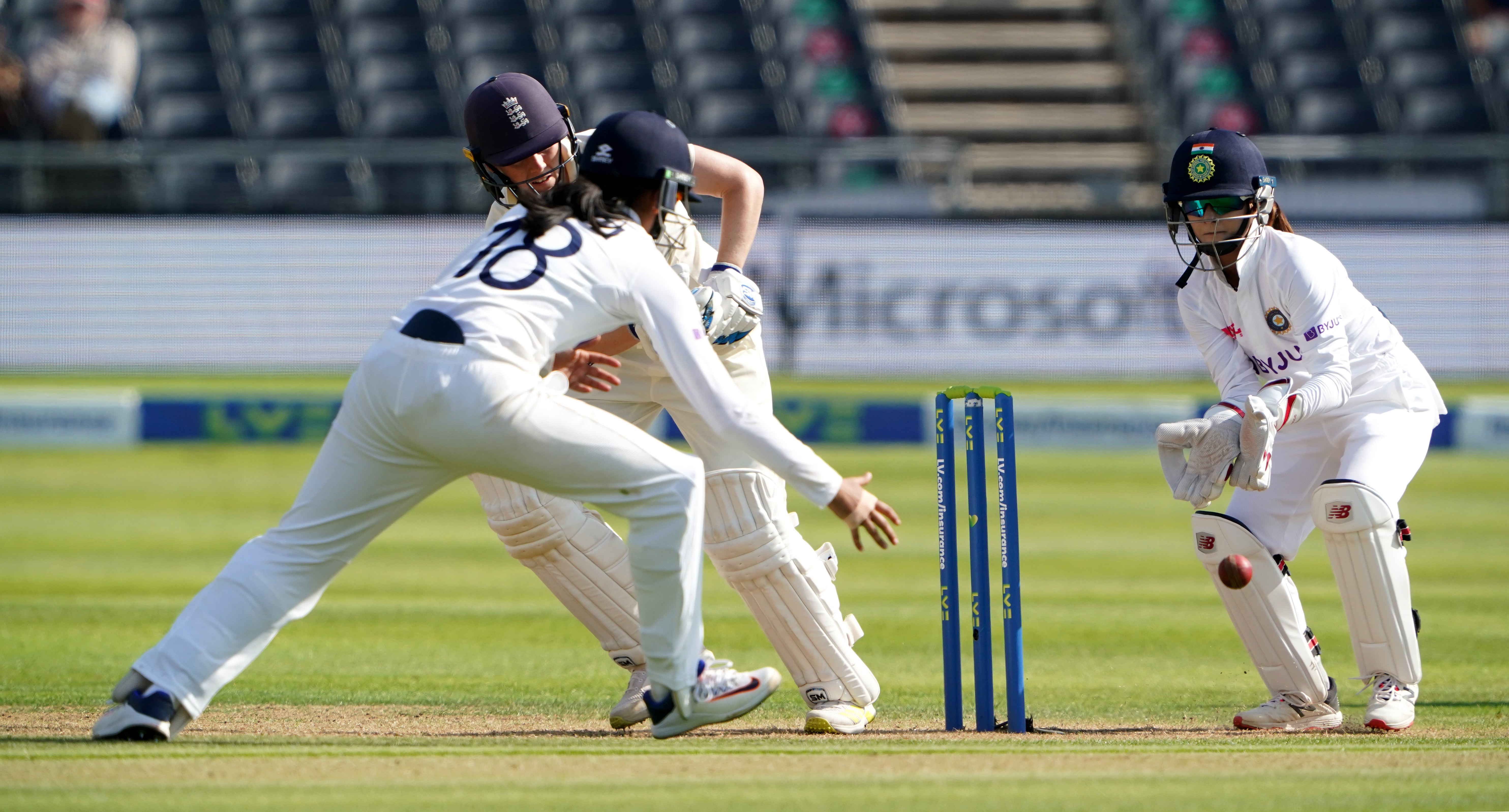 India handed out five Test debuts for their first red-ball game in seven years. It had been 2,401 days since their last venture in the game’s longest format, and the fielding display was one of highs and lows. Seventeen-year-old Shafali Verma took an impressive low catch at short-leg with wicketkeeper Taniya Bhatia also making a diving grab to dismiss Lauren Winfield-Hill, but the England opener had already been dropped and there was a more straightforward chance spilled by Deepti Sharma. 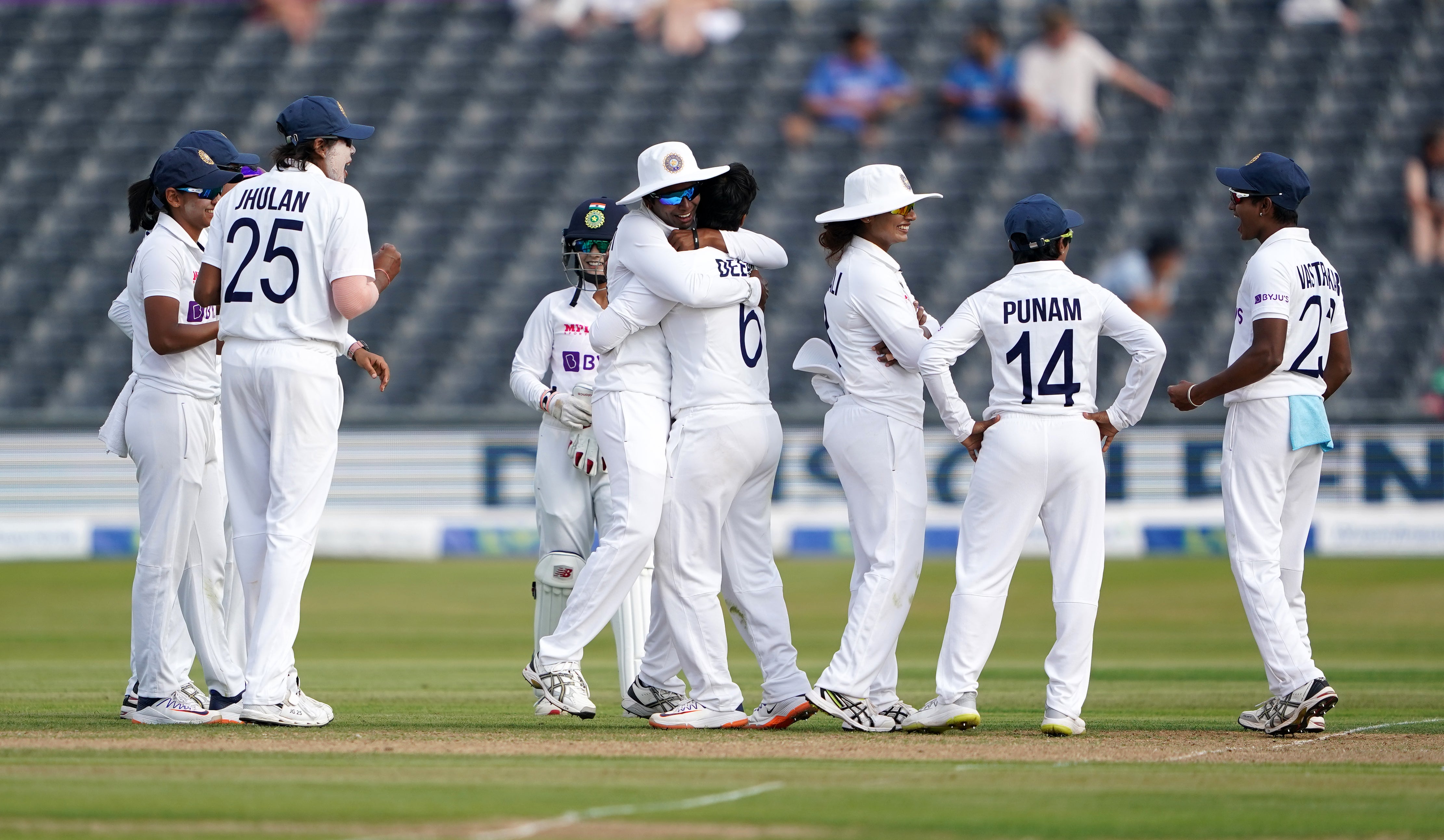 England looked comfortable against the pace attack, with just one wicket falling to seam on the first day. It was the switch to spin in the afternoon session which proved more effective for India, as the hosts slipped from 230 for two to 251 for six, with Sneh Rana taking three for 77 and Sharma finishing the day with two for 50.