Cricket Australia is monitoring the coronavirus situation in India after Australian Prime Minister Scott Morrison announced fresh travel restrictions to and from the country amid sky-rocketing coronavirus numbers.

As several of Australia’s top male cricketers including Pat Cummins, Steve Smith and David Warner continue to play through the Indian Premier League currently being held at spectator-free grounds in India, the nation notched a sobering milestone on Thursday, with the 314,000 fresh COVID-19 infections recorded in India breaking the single-day world record. 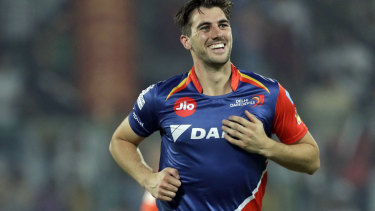 Pat Cummins is among the Aussie stars away in India.Credit:AP

Following a national cabinet meeting on Thursday, Mr Morrison announced that incoming traveller numbers from India would be reduced by 30 per cent, and that the government would be scaling back the approved exceptions list for travel to high-risk countries.

Sixteen top Aussies and several coaches are currently in India playing in the lucrative IPL, which runs through until the end of May. Players have been staying in bio-secure bubbles although all-rounder Daniel Sams tested positive to COVID-19 earlier this month.

Players must receive no-objection certificates from CA to play in the IPL, and are technically playing the event in their leave period, as opposed to when they are representing Australia.

But CA continues to keep in contact with players and is mindful of their wellbeing.

The Australian squad is scheduled to depart for a white-ball tour of the West Indies on June 25, which should leave enough time for players to return to Australia and go through a fortnight’s quarantine before heading to the Caribbean. However given the impending reduction of flights, sources indicated there could be a push for CA to charter a flight to ensure the players get home swiftly at the end of the tournament.

In the longer term, there is also the issue of the Twenty20 World Cup, scheduled to begin in India in October. CA said on Thursday it would continue to monitor the situation.

Along with blue-chip stars Cummins, Warner and Smith, white-ball guns Glenn Maxwell, Jhye Richardson, Kane Richardson, Adam Zampa and Riley Meredith – all of whom are in the national selection frame – are currently playing in the IPL. 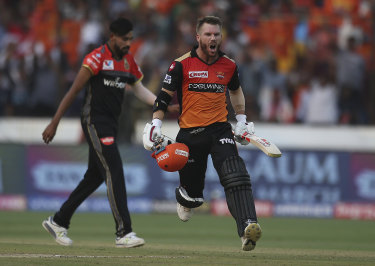 David Warner is in IndiaCredit:AP

CA had been due to release its list of central men’s contracts for the 2021-22 season on Thursday but pushed back its announcement after being unable to get in touch with all players, many of whom are on leave at the moment. With communication between players and selectors having long been an issue of concern, CA was keen not to rush the announcement before concerned players were informed their fate.

Sources indicated CA was likely to squeeze the contract list from 20 to 17, with Matthew Wade and Will Pucovski poised to be high-profile omissions.

Cummins smashed his T20-best score of 66 not out from 34 balls on Wednesday night but it wasn’t enough for his Kolkata Knight Riders to beat the Chennai Super Kings.