The Hobart Hurricanes have stopped for a moment’s silence ahead of the clash against the Perth Scorchers in a touching moment of solidarity with one of its stars. 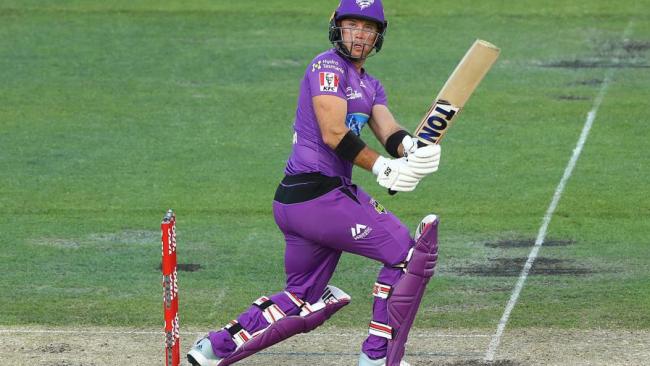 Colin Ingram is set to play his last game for the Hurricanes.

The Hobart Hurricanes and Perth Scorchers are both in finals contention but this clash will be important for both sides.

The Scorchers lead a group including the Brisbane Heat and the Melbourne Stars on 16 points while the Hurricanes are just three points further ahead on 19.

The ONLY place to watch every match of the 2020/21 KFC BBL Season Live & Ad-Break Free During Play is on Fox Cricket, available on Kayo. New to Kayo? Get your free trial now & start streaming instantly >

The Hurricanes have won the bat flip and will bat first.

The Hobart Hurricanes has offered a reminder that cricket is a global community with the side pausing before the clash against the Perth Scorchers to remember the life of Kundan Singh, a Nepalese cricketer who passed away in recent days.

Singh was just 25 but was forced to receive dialysis after both his kidneys failed before he contracted and recovered from COVID-19.

But the damage to his kidney was too great and he was unable to afford a kidney transplant according to the ICC.

While he only played domestically in Nepal, Hurricanes star and Nepalese international Sandeep Lamichhane was quick to Tweet his condolences.

Shocked to hear about untimely demise of Kundan Singh. Gone too soon. May his departed soul rest in peace. May God give strength to his family.😞

Lamichhane's teammates gathered together and remembered the young star before the start of play in Perth.

A moment of reflection pre-match, mourning the loss of Nepalese national cricketer, Kundan Singh, who passed away yesterday aged just 25.

Our thoughts are with Kundan’s family and loved ones during this time 🙏 pic.twitter.com/neOxQSWtWa