Not for the first time, the future of world cricket is at India’s mercy.

It is within the BCCI’s power to oversee an IPL salary explosion that would relegate international cricket to the margins.

One of the first things sure to cross the desk of Lisa Sthalekar in her newly minted role as the first female president of the global cricketers body, FICA, is how much of the new $US6 billion [$8.6 billion] IPL rights deal gets spun off to player payments by the BCCI. 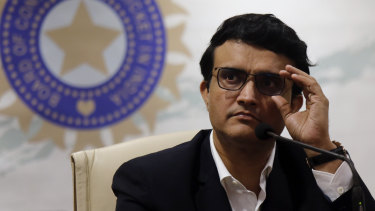 Should even 25 per cent of that war chest be used to expand the salary caps of the 10 IPL clubs, then the international cricket landscape risks becoming a financial afterthought. It may, in time, be seen as something more like a farm system for the IPL.

That percentage, roughly the same as what Australian cricketers are entitled to share in as part of the agreement between Cricket Australia and the players association, would see IPL salary caps more than triple in value.

This year’s cap was set at US$11.9 million [$17.1 million] for each club, roughly 14 per cent of the worth of the previous rights deal, but a percentage increase for the new rights deal might see it swell to something closer to US$37.5 million [$53.9 million] per year.

That sort of figure would allow Australia’s and the world’s best players to command IPL salaries that would render top CA contracts as little more than chicken feed.

Where Pat Cummins currently rakes in over $2 million a season, similar to the richest contracts currently on offer simply to play in the IPL, it would now be possible to command anything up to US$10 million [$14.4 million] for the Indian event.

Such a ratio would ask fresh questions of players, agents and member boards, leaving all to negotiate and compromise with cricketers over their availability. 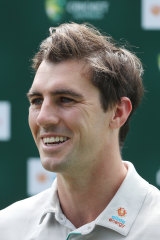 Much has been made of the fact that as a result of the deal, the IPL broadcast rights are now worth more on a per-game basis than those for the English Premier League.

In the EPL, NBA and NFL, the percentage of broadcast rights revenue passed onto the players is comfortably more than 50 per cent – that sheer scale is one of the reasons that world sport is now in thrall to a handful of cashed up, globalised leagues.

Those competitions do also have other enormous sources of revenue, such as hospitality, ticketing and sponsorship, that better diversifies sources of money.

But the truth remains that, if it were to fall into line with other properties of similar global merit, the IPL would be paying its players the sorts of amounts that would make it impossible for many to justify prioritising international cricket.

That’s why the world’s administrators are now looking expectantly towards the BCCI for some evidence of how its leaders will choose to cut the new broadcast pie. The board’s secretary, Jay Shah, spoke with some reverence for the international game.

“Indian cricket will remain strong as long as world cricket remains strong – let me assure you of this,” he told PTI last week. “The BCCI is committed to international cricket. And it’s not just about India versus Australia or India versus England marquee series, we are committed to playing even the smaller nations.”

Good words, indicating that for now at least, India’s board may hasten slowly in committing a game-changing amount of their new rights windfall to changing cricket’s geopolitical balance. Big shifts may still be an auction or three away. Sthalekar – who, as FICA president is following in the footsteps of Barry Richards, Jimmy Adams and Vikram Solanki – also struck a note of optimism.

“We are entering a new phase of the game, which covers more cricket than ever before for our male and female players,” she said. “I look forward to working on behalf of our member players’ associations and players, and in particular to working with the ICC to ensure that all players have their rights protected.”

Players and their managers, though, will be doing the aforementioned sums just as fervently as the administrators themselves, and asking when their value to the IPL rights will be reflected in cash.