Jimmy Anderson’s bowling drew comparisons to Shakespearean poetry as the evergreen fast bowler produced an electrifying spell to lead England to an emphatic 227-run victory over India in Chennai.

Anderson removed India opener Shubman Gill for 50 and India vice captain Ajinkya Rahane for a duck in one mesmerising over of reverse swing before returning to dismiss the dangerous Rishabh Pant for 11.

Ben Stokes removed India captain and talisman Virat Kohli for 72 before Jofra Archer completed a superb team performance by clinching the victory with the removal of tailender Jasprit Bumrah. 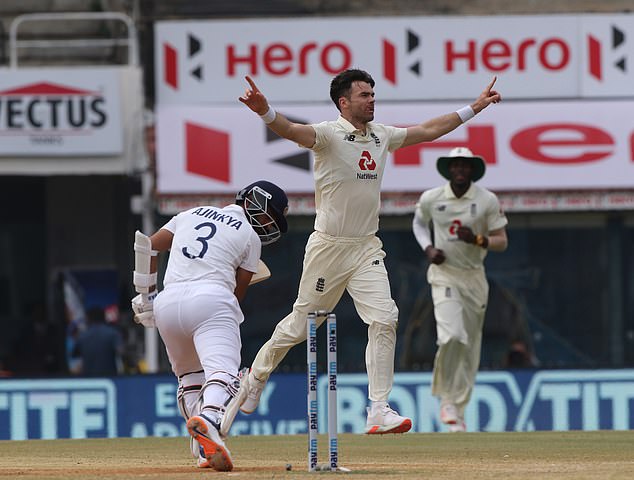 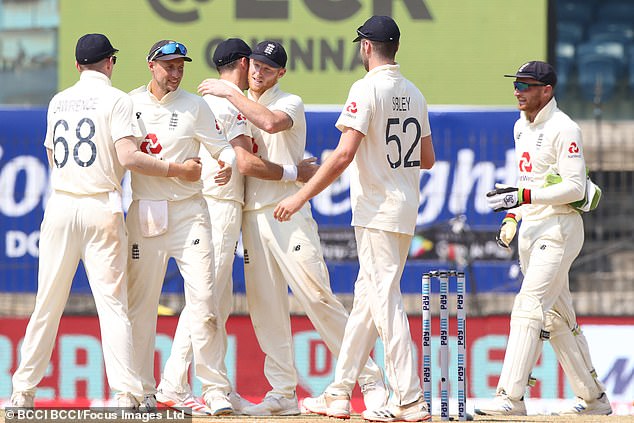 It sealed one of England’s finest ever overseas victories and while the 38-year-old Anderson was the  main man on the final day, captain Joe Root was named man-of-the-match after a sensational 218 in the first innings.

One England fan felt Anderson’s display so incredible, it was worthy of being man-of-the-match in itself.

‘I love Root, but Jimmy Anderson is MOTM,’ one Twitter user said. ‘Without his 3 for 7, which Gill, Rahane and Pant, England won’t have won the match. It would’ve been a draw. 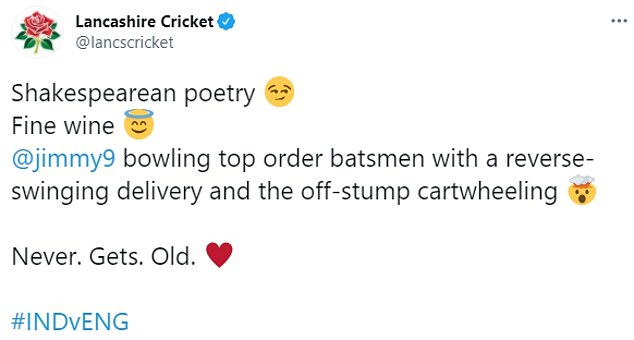 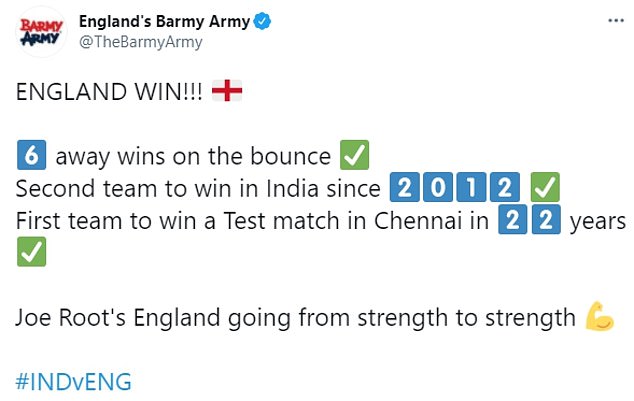 But while Anderson was fully deserving of the praise coming his way on Tuesday, it was the authoritative nature of England’s team display that is so exciting for supporters. This victory came with Stuart Broad rested and Zak Crawley out injured with a wrist issue.

‘Six away wins on the bounce, second team to win in India since 2012, first team to win a Test match in Chennai in 22 years,’ wrote England’s Barmy Army on Twitter. ‘Joe Root’s England going from strength to strength.’ 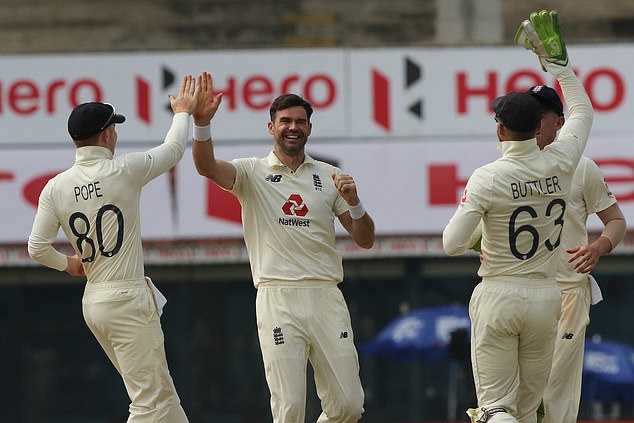 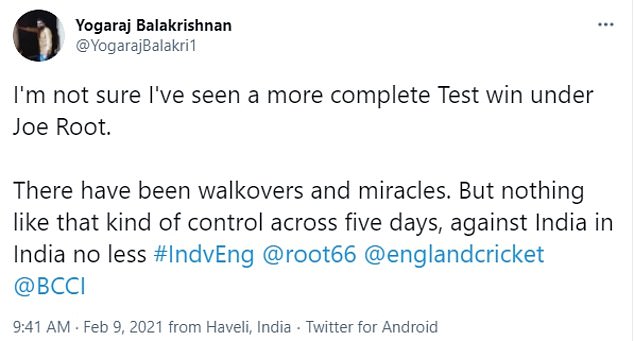 The manner of the triumph even drew praise from India fans, with one commending England’s dominance.

‘I’m not sure I’ve seen a more complete Test win under Joe Root,’ one fan said. ‘There have been walkovers and miracles. But nothing like that kind of control across five days, against India in India no less.’

England head into the second Test, which is also in Chennai, on Saturday with the serious poised in their favour 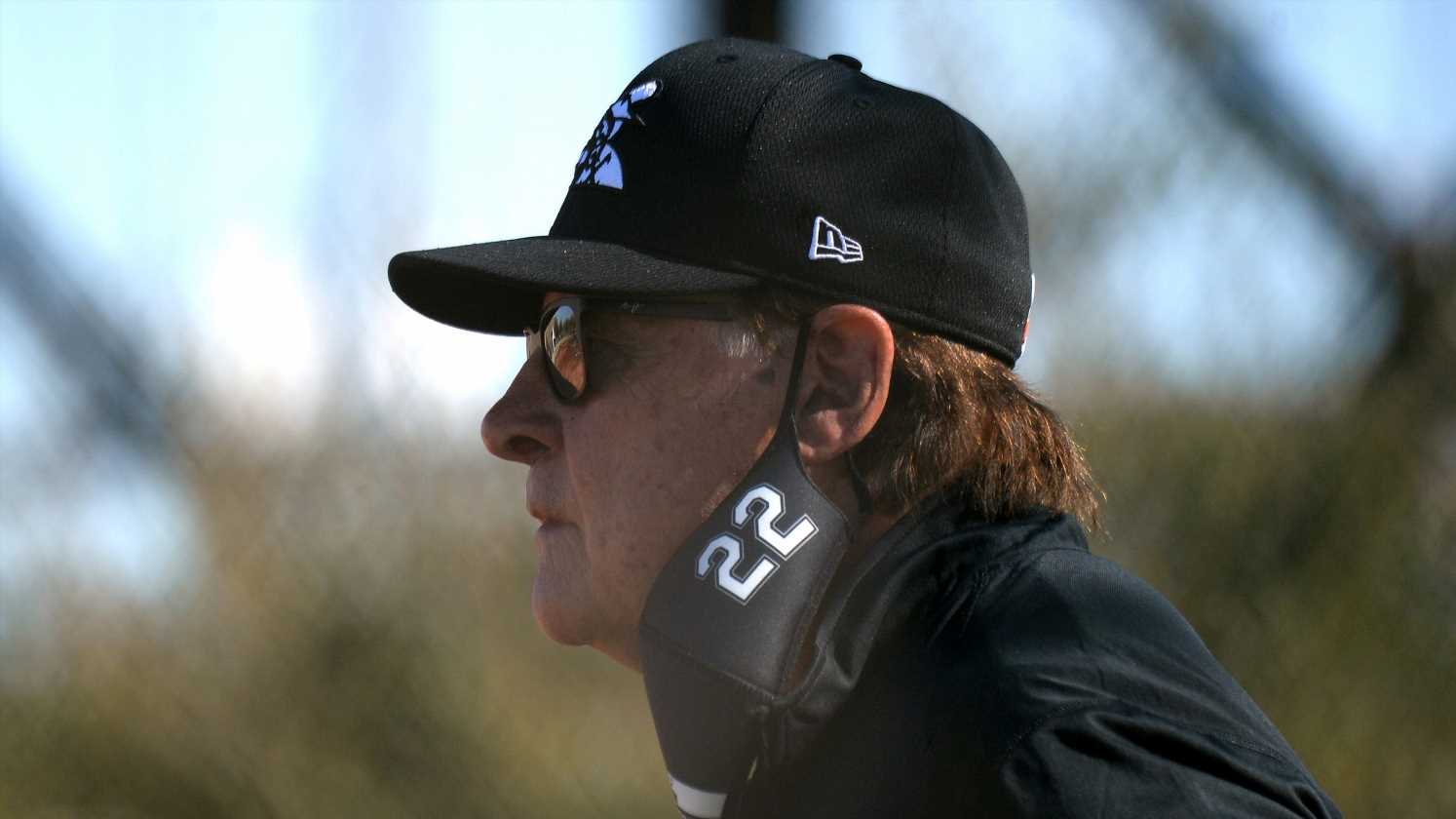