Wilder could hijack Fury fight plan after admission ahead of return

Deontay Wilder is open to having a crossover fight with UFC heavyweight champion Francis Ngannou, with the mixed martial artist keen to try his hand at boxing.

An exhibition bout has previously been teased between Ngannou and Wilder’s rival Tyson Fury. Ngannou entered the ring after Fury beat Dillian Whyte back in April, with both men wanting to face each other in 2023.

However, Ngannou admitted earlier this month that no talks have taken place over a fight with Fury, but he is still interested in a boxing match. “My career doesn’t depend on Tyson Fury or anyone else,” Ngannou told ESPN.

“My desire of boxing doesn’t depend on Tyson Fury. I’m still going to do that.

JUST IN: Fury and brother disagree over Usyk as alternative fight plan emerges 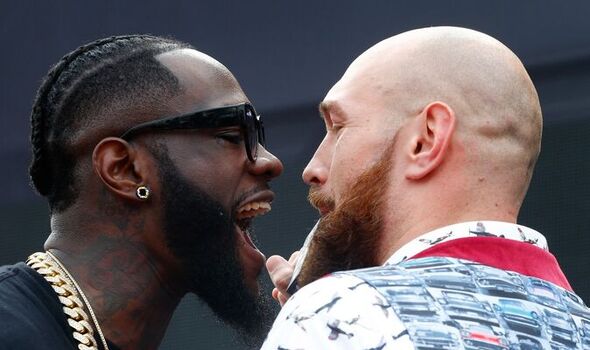 “I still want a boxing match in my career, a few boxing matches, and that’s something I’m going to engage in conversations [about] when it comes the moment. I don’t know [if that’ll be in the UFC], it depends.

“We haven’t had a real talk, but if boxing can happen in the UFC as well — we haven’t had the real talk, let’s see how it plays. I’m open to any option. But what I do know for sure is that I’m going to do that damn boxing.”

Ngannou told TMZ last year that he would ‘like to test himself’ against boxers the level of Fury or Wilder and the Bronze Bomber has admitted such a crossover bout would interest him as well. Wilder is currently training for his comeback fight against Robert Helenius and has been training with Ngannou as he continues his recovery from a knee injury. 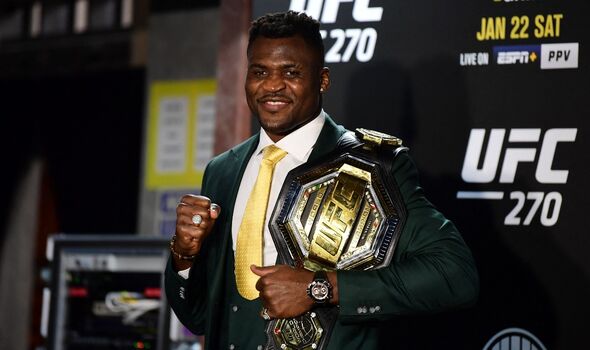 “He’s been in this area, this gym before,” Wilder said when asked about Ngannou. “Me and him are training together so it’s all love and respect.

“Maybe one day [we could fight], who knows? The future is bright, October 15 right now is what we’re focused on the most but hey a lot of things are in the works for the future – the champ’s back.”