Where will Joyce and Parker go after Saturday's heavyweight clash?

Joseph Parker is a changed man under Andy Lee but can’t afford another loss, while Joe Joyce must pass his toughest test yet at 37… ahead of Saturday’s high-stakes heavyweight clash, where do both men go in victory and defeat?

Joseph Parker and Joe Joyce are set to square off in a crossroads heavyweight fight in Manchester on Saturday night.

Parker has been world heavyweight champion in the past, while Joyce is still looking to earn that status for the very first time.

With the WBO interim belt on the line, there is plenty at stake as the two fighters look to manouevre themselves into a position to fight for the full title. 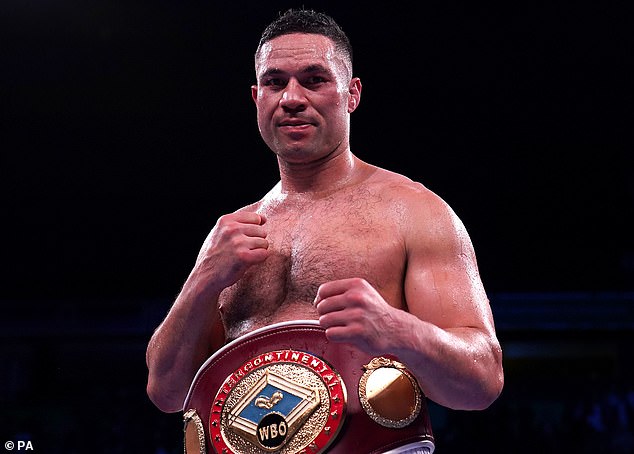 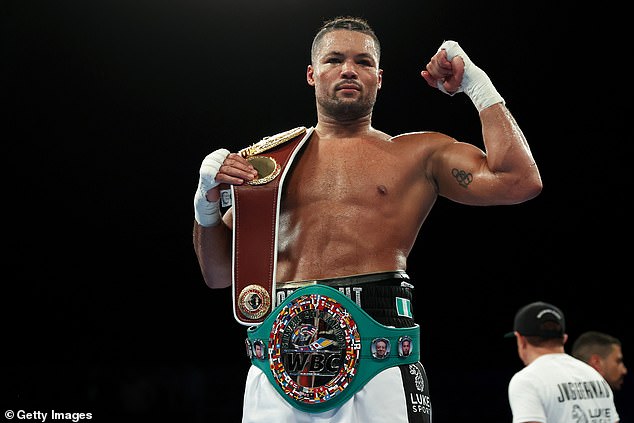 Joe Joyce is standing in his way, with the pair set to meet in Manchester on Saturday night

The New Zealander has two defeats on his record but has impressed in recent fights, whereas Joyce is unbeaten yet taking a step up in class by fighting Parker.

Will he pass this acid test with flying colours, or has he bitten off more than he can chew?

Sportsmail analyses how both men are shaping up heading into the fight, and what victory and defeat will mean for the pair.

Parker’s two losses came in the space of four months in 2018 when he was outpointed by Anthony Joshua and then Dillian Whyte.

He returned to win his next four bouts – three inside the distance – but they were against limited opposition and his career appeared to be stagnating.

Something needed to change, and Parker made a big decision to ditch long-term trainer Kevin Barry to work with Andy Lee instead.

Lee, a former world champion in his own fighting days, was tasked with getting Parker firing again, and their first fight together saw the Kiwi go up against Derek Chisora.

Things could hardly have got off to a worse start as Parker went down in the opening seconds of the first round after taking a looping shot to the top of the head. 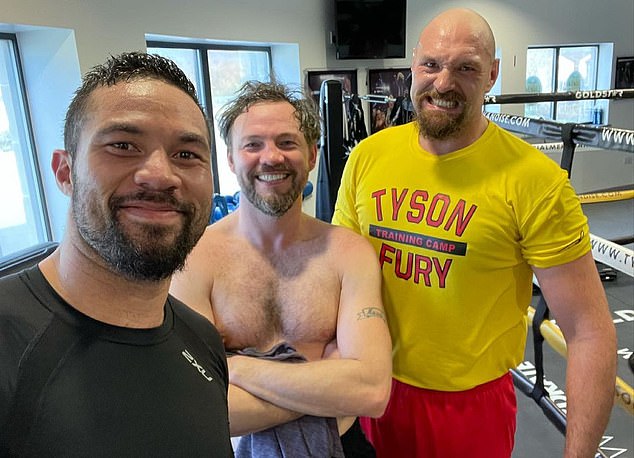 However, with Lee in his corner, Parker gradually worked his way back into the contest and was eventually awarded a split decision victory.

Some observers felt that Chisora should have got the nod, and the jury was out on Parker and Lee’s partnership at this stage.

A rematch was scheduled for December 2021, which Parker needed to win more convincingly against the ageing Chisora to prove he can be a force at world level. 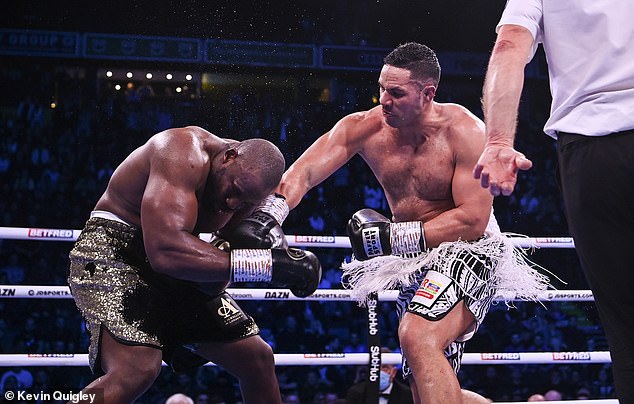 From the off, he was more aggressive, taking the fight to Chisora and putting him on the back foot. He knocked the Brit down three times on his way to a unanimous decision win.

It was noticeable that Parker looked fresher than in his previous fights, and the multiple knockdowns showed that he was planting his feet more and putting some considerable power behind his punches.

Lee deserves credit for getting Parker into top shape and urging the 30-year-old to show his spiteful side. If he continues to fight that way against Joyce, the Brit is in for a very difficult evening.

Sink or swim for Joyce

Joyce has never been the prettiest fighter to watch, but his style has been more than good enough to see off his 14 professional opponents to date.

However, it was his victory over domestic rival Daniel Dubois in 2020 that was the most impressive of his career to date. 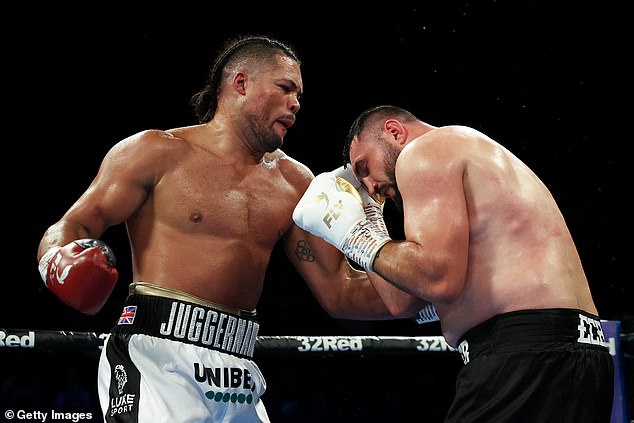 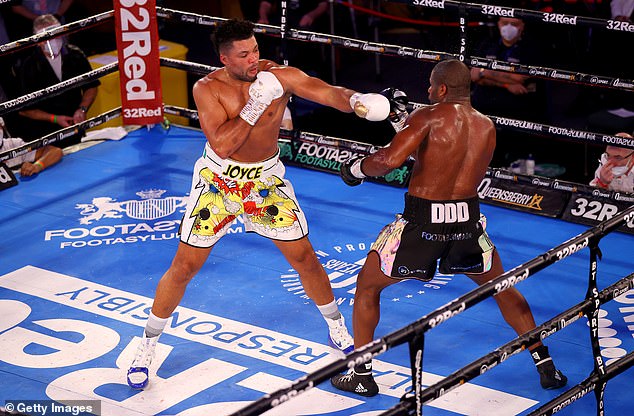 He used these qualities to beat Daniel Dubois, but Parker promises to be his toughest test yet

Plenty of fans felt that the hard-punching Dubois would have too much for Joyce, but the latter’s granite chin instead stood up to his opponent’s punches, and he broke Dubois down over time before stopping him in the 10th round.

Thus far, Joyce has relied on his strength and toughness to get by, giving up rounds along the way, and it has worked for him.

Some continue to doubt him, though, as they feel his limitations will catch up with him when he faces world-class opposition.

Which brings us nicely to Parker. He has been at the top table for some time, going the distance with Joshua and Whyte, while beating Andy Ruiz Jr and Chisora.

He is set to be the first world-level fighter Joyce has faced as a professional, and should provide the answer as to whether the Juggernaut can cut it at the highest level or not.

Where does the victor go next?

The winner will take home an interim title and likely move up the heavyweight rankings.

Will they get a a world title shot next? It’s complicated.

Oleksandr Usyk is the current WBO champion and also holds the WBA ‘Super’ and IBF straps, but he has stated that he does not want to fight again in 2022 in order to spend time with his family after beating Anthony Joshua last month.

He has also claimed that he wants to fight Deontay Wilder when he returns to the ring in early 2023. 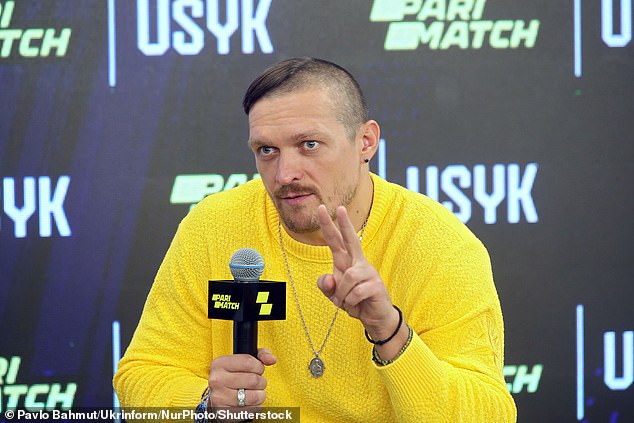 Meanwhile, Tyson Fury is the other champion in the division, and he looks set to fight Joshua in December in a huge domestic showdown.

Should he come through that, and Usyk beats Wilder, the next logical fight would see the Gypsy King take on Usyk in an undisputed fight, which would likely take place next summer.

Therefore, the winner of Joyce and Parker may need to bide their time and take a ‘keep-busy’ fight while they wait for a title opportunity to present itself. 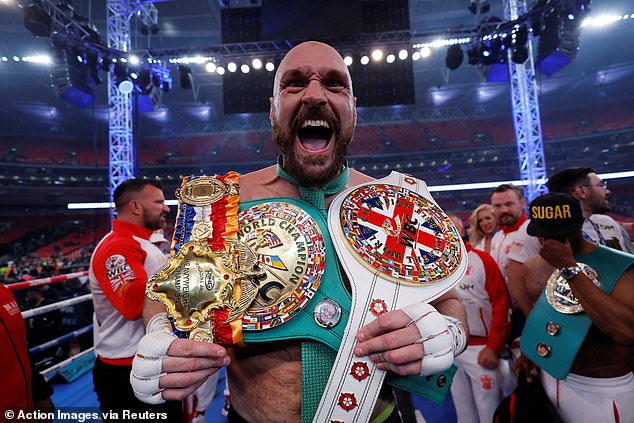 Tyson Fury is set to fight Anthony Joshua next, so is very unlikely to face the winner

However, there is also the chance that those aforementioned contests don’t materialise and a title shot then comes next for Joyce or Parker.

Wilder must first get past Robert Helenius when he returns to the ring next month, and this is not a foregone conclusion.

Should Wilder lose, the fight with Usyk goes out the window, while if he wins, a clash with Ruiz Jr has been mooted. Wilder may fancy getting another fight under his belt after a lengthy lay-off before challenging Usyk.

If this is the case, Joyce or Parker could step in to take on Usyk in the early part of next year.

What happens to the loser?

Having just turned 37, time is not on Joyce’s side. Losing to Parker would likely bring an end to his title aspirations in the short term, but there could still be some intriguing matchups out there for him.

A rematch with Dubois may be on the cards, especially as the 25-year-old now holds the WBA (Regular) belt after beating Trevor Bryan earlier this year.

While this is not a full title, it would still be a belt to add to Joyce’s collection, and this would also provide him with the opportunity to prove beyond doubt that he is better than Dubois by beating him again.

A clash with Joshua could also be a possibility. If the Fury fight goes ahead and AJ loses, he would be coming off the back of three straight defeats while Joyce would also be on the comeback trail.

Joshua claimed earlier this year that he would knock out Joyce inside a round if they ever fought as professionals. 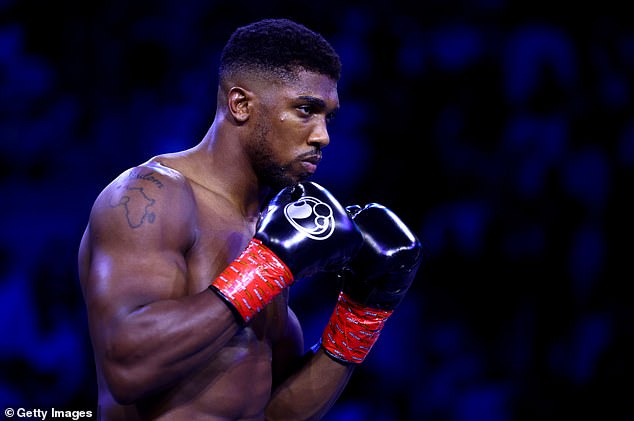 The former GB team-mates have a lengthy history, and it could be time for them to settle their differences in the ring in 2023.

For Parker, a defeat would also be a major setback. Although he is still only 30, a third professional loss would suggest that he is a little short of elite level, and would likely push him down the heavyweight pecking order.

Like Joyce, though, he could still be involved in some entertaining fights moving forward, and rematches could be the way for him to go.

His win over Ruiz Jr in 2016 was a a controversial one when he was given the majority verdict, and he may wish to run that back to get a more decisive victory. 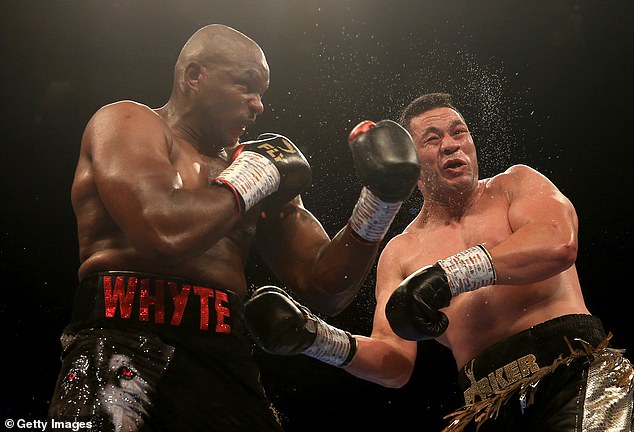 A second scrap with Whyte may also appeal to Parker. Their first meeting saw Whyte win on all three scorecards, but Parker finished strongly and knocked his opponent down in the final round.

He was also on the receiving end of a harsh call in the second round when he was ruled to have been knocked down, even though replays showed he had fallen to the canvas thanks to a clash of heads rather than a punch.

Parker could feel that if he puts his foot on the accelerator earlier and gets a bit luckier with the officiating, he can get the better of Whyte the second time around.