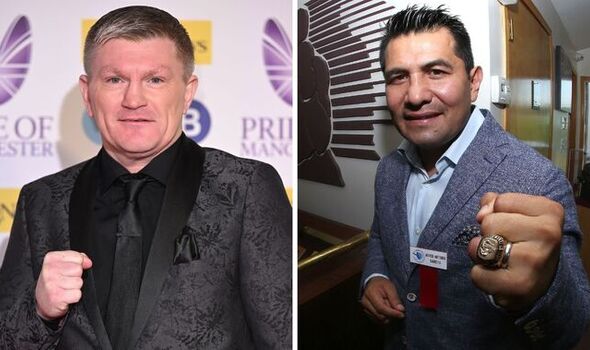 Ricky Hatton was set to return to the ring for an eight-round exhibition fight at the AO Arena Manchester on July 2. But, recent reports from The Sun suggest the fight is off. No reason has been given for the postponement as of yet.

Hatton had been seen sparring with his son Campbell in the lead-up to the bout and has shed a jaw-dropping two-stone in his camp so far. All recent interviews suggest Hatton is bang up for the challenge, yet the fight has been pulled.

While talking to talkSPORT, Hatton said: “If your heroes are going to make a comeback or do an exhibition, you don’t want to see them get hurt and no one is going to see that,” Hatton said of the July return. “It will be competitive because I’m not having anyone come to Manchester and stand me on my head and I’m sure he won’t want to have that done to him. But, that’s where people don’t need to see people get hurt. People have said to me, ‘Ricky, why are you doing it? We don’t want to see you get hurt.’ Trust me, have faith in The Hitman, you won’t see me get hurt.”

The news comes after the same publication reported that Hughie Fury had fallen ill causing his fight with Michael Hunter to be called off. Fury vs Hunter was set to take place in the same venue on the same night.

‘The Hitman’, who famously ballooned up between fights, had left no stone unturned in preparation for his showdown with Mexican great Barrera. Hatton ditched booze and junk food in the lead up and even proudly revealed he can now “hide behind a lamp post” with his new physique.