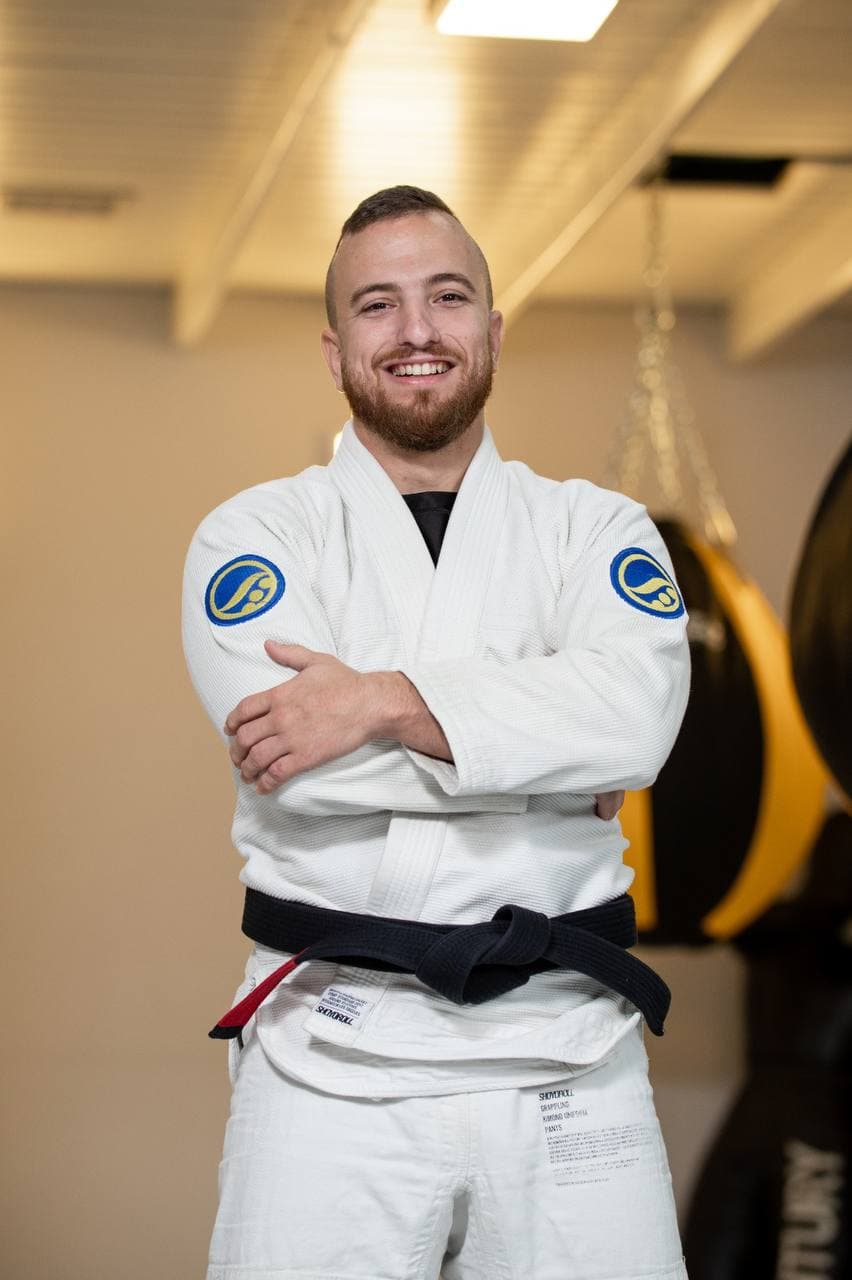 TMS League is a young Brazilian Jiu-Jitsu organization that has more than ten tournaments and projects on its account. Since 2019 TMS League holds great Open championships in different countries of Ukraine. In order to be convinced of its originality and immensity, we visited the TMS Ukrainian Cup event, which took place on March 27 in Zaporizhzhia.

The venue was the Sports Palace “Yunost”, perhaps the most suitable arena for competitions of such level. It was quite impressive – more than a thousand adults and children from 16 countries of the world took part in this championship. We were interested to talk with foreign athletes to find out what caused such a big interest in the Ukrainian organization.

The father of seven-year-old jitser Lewis Golding from Great Britain told us that they come to Ukraine for Brazilian Jiu-Jitsu tournaments not the first time.

“I think we have attended 4-5 TMS League competitions, my honest opinion is that they have all been amazing! There has been no stone left unturned, there has been no corners cut. The setup is 10/10, this is why we attend the TMS League.

From Lewis view, he walks into the TMS arenas and is blown away by the setup, I see it on his face. The staff, the venues, the referees, the podiums — everything is amazing. We are always looked after by this organization”.

As for Chaim Ariel, representing Bulgaria, he visited both Ukraine and the TMS League championship for the first time. But according to this athlete, this is just the beginning of his competitive path in TMS. 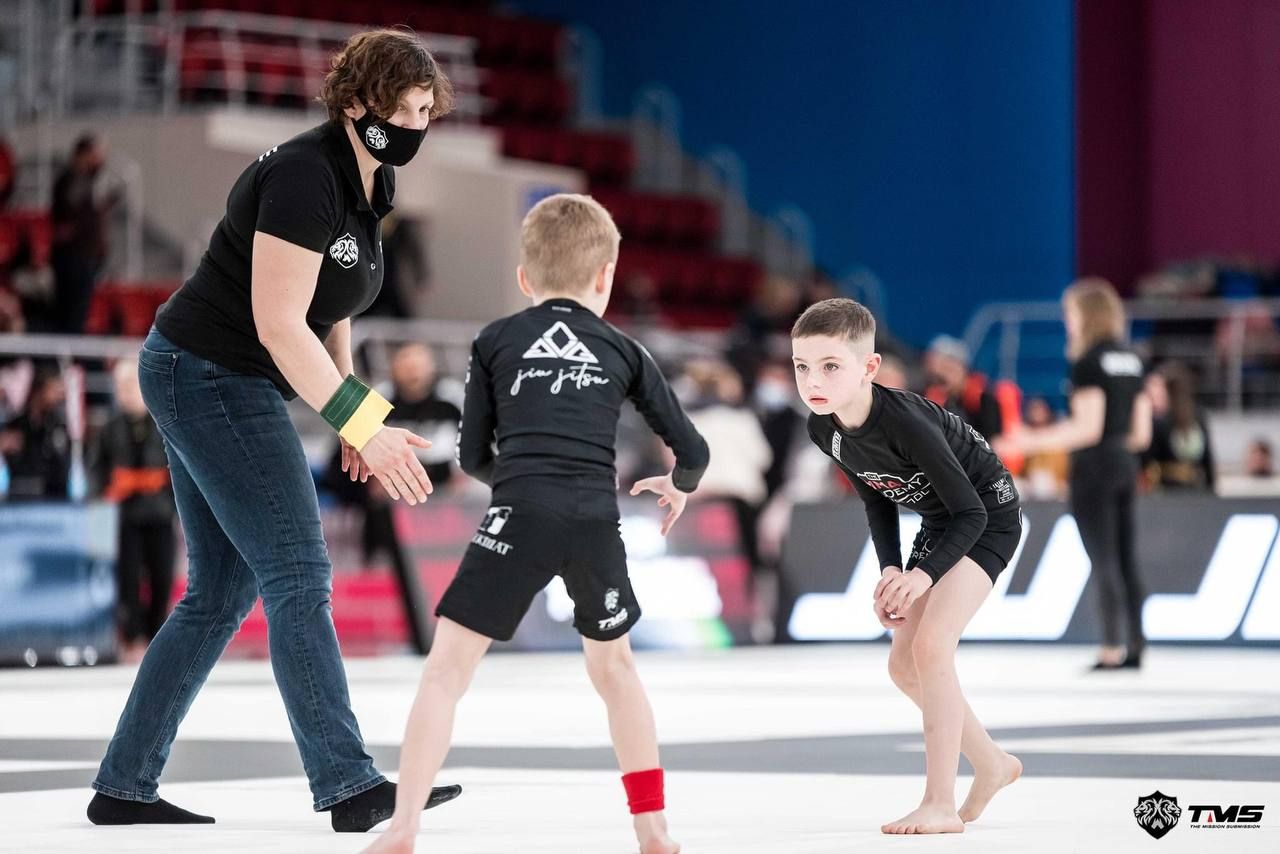 “So I personally had a very good experience competing for TMS. These guys helped me a lot before I even came with my travels and what would be needed to get into the country, any questions were answered very fast. The competition itself looked amazing, I’ve never been at a more professional looking event like this before. The referees were well trained which is a very important thing as well, there were photographers on site taking amazing photos and the organization was top. Best out of all, the staff even takes the time to film your fights! Super positive experience and I’m looking forward to coming back in Kharkiv! TMS Ukrainian Cup was amazing tournament, such a professional athletes and a super professional production, it was an honor for me to compete in such a great tournament”.

Lithuanian jitser Lukas Pelauskas told us that he is attracted by the attention to detail given by the TMS League.

“Competing in the TMS Ukrainian Cup in Zaporizhzhia was a memorable experience. The organization is operated in a calculated and mature manner, hard to believe it is only 2 years old. Even before the event, while planning our trip we were met by a very caring and accommodating staff, we would receive prompt and clear responses to our questions.

During the event it became clear that every detail was carefully though out, even the aesthetics (aspect that in the athlete’s mind might be secondary) the mats, the light boards, the referee attire, the podium, the medals were brilliant. Dedicated members of the staff were on the floor at all times, making it easy for the athlete to know when and where he/she is fighting next. One of the best things the organizer can do for the athlete is to give him/her space and room to focus only on the fight, this organization meets this need.

The Ukrainian BJJ level is evolving rapidly, community is passionate and full of life. We are looking forward to take part in future events!”.

As for the Ukrainian athletes, according to them TMS Ukrainian Cup is in the lead as the most grandiose and competitive championship of this season. But it is too early to call these competitions the hallmark of the organization – the TMS League schedule promises us no less high-profile events.

On May 29 and 30, a two-day TMS Ukrainian Cup tournament will take place in Kharkiv, where the organizers plan to break their own record for the number of participants.