Muhammad Ali’s grandson, Nico Ali Walsh, records huge one-punch knockout in the first round of his fight with Alejandro Ibarra as he extends his unbeaten streak to five

Muhammad Ali’s grandson Nico Ali Walsh continued the promising start to his professional career with a brutal first round knockout of Alejandro Ibarra on Saturday.

The bout was featured on the undercard of Shakur Stevenson vs Oscar Valdez at the MGM Grand Garden Arena in Las Vegas. 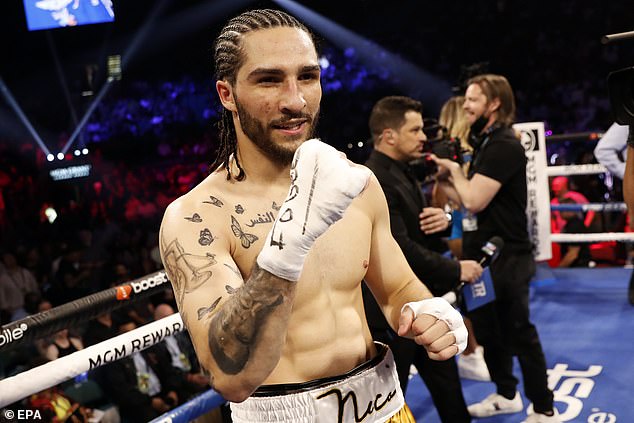 He entered the the ring with a record of 4-0, three of those victories coming by way of knockout.

And he added a fifth win in empathic fashion, knocking out Ibarra with seconds of the first round remaining.

It was a second defeat in nine pro fights for Ibarra, who was floored by a devastating left hook-right hand combination.

Walsh paid tribute to his legendary grandfather, who passed away in 2016, following the win.

He explained that his mother Rasheda gets emotional after his fights because he sees the late Ali brought back to life when Ali Walsh competes.

‘This is just a testament to all the work I put in. Stuff like this happens when you put the work in. I’m bringing my grandpa back to life, and that’s why mum gets so emotional because she’s seeing her dad again and hearing her dad’s name to me,’ he said. 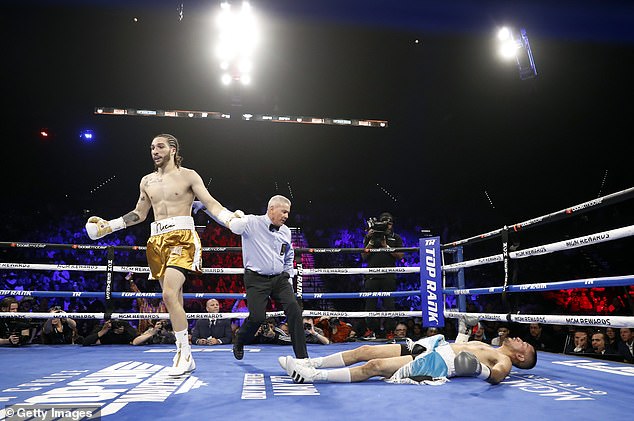