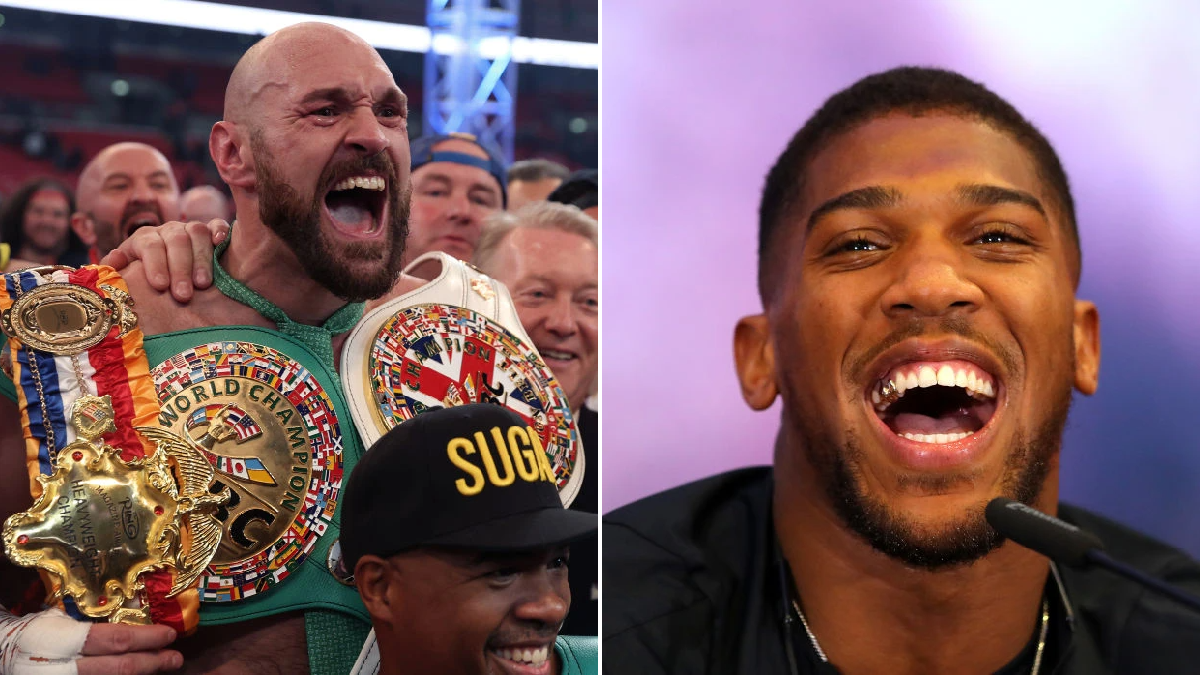 Lennox Lewis has urged Tyson Fury not to retire from boxing and instead emulate him in becoming undisputed heavyweight champion.

Fury scored a stunning sixth round knockout victory over Dillian Whyte on Saturday to retain his WBC crown, insisting he will now hang up his gloves for good in the aftermath.

Oleksandr Usyk and Anthony Joshua are set to meet in July with the Ukrainian defending the IBF, WBO and WBA titles he took from the Briton last year.

The winner of that contest would have been primed to meet Fury at a later date for all the titles in a unification bout that would crown the first undisputed champion in almost two decades.

Heavyweight legend Lewis is the last man to be recognised as undisputed king, unifying the WBA, WBC and IBF titles after victory over Evander Holyfield in 1999 – with the WBO belt not recognised as a major title during his reign at the top.

While Fury has insisted he will fulfil a promise to his family, Lewis expects him to fight again in order to match that feat.

‘I would understand it, the guy has been working hard all of his life and if he promised his wife he wouldn’t box any more. That what he promised,’ Lewis told BT Sport.

‘I think he’s going to be back in the ring. I still hold the undisputed status. I’m the last man so if he wants it he’s going to have to stay.’

Fury has held all the world titles at different stages in his career, winning the IBF, WBO and WBA belts after beating Wladimir Klitschko in 2015 before vacating them as he battled addiction and depression.

And former cruiserweight and heavyweight champion David Haye believes the opportunity to hold all the titles at the same time may prove too tempting for Fury.

‘I think he’d want all the belts he’s had them all before he lost them for obvious reasons,’ Haye said.

‘He’s come back again and this form who would say Usyk or Anthony Joshua could do any better than Dillian Whyte.

‘It was such a perfect performance against a very tricky guy but his level is improving. I’m looking forward to seeing all the belts on the line in one go.’