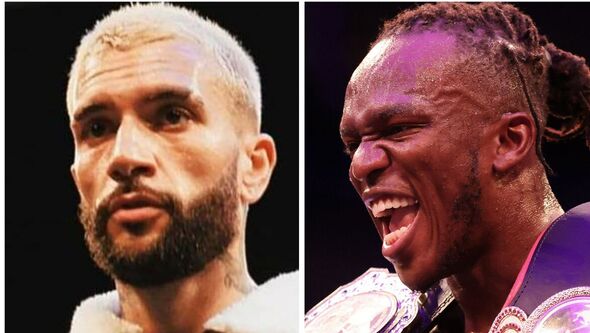 Rapper and YouTube star KSI will be bidding for a third professional boxing victory when he takes on American social media star Faze Temper. The Misfits Boxing show has an exciting card of contests which will be streamed by pay-per-view on platform DAZN.

Launched last year, the Misfits Boxing events gives celebrities and martial arts fighters the chance to compete in pay-per-view contests. KSI is CEO of the company and beat two opponents in the same night during the maiden event in August

KSI will return to the ring on Saturday headlining the fourth event against late replacement Temper – who stepped in after MMA fighter Dillon Danis pulled out of the contest last week. The event is likely to get underway around 7pm with ring-walks for the main event due to happen at 10.30pm.

“This pricing makes no sense, why is the US and Canada $40 but the UK is £12? Who thought this was a good idea,” KSI wrote about the pay-per-view cost difference in a now-deleted tweet. “I don’t understand the logistics so I’ll just stay in my lane but just think it’s a bit mad lol.”

Despite disparity in the pay-per-view prices for British and American boxing fans the card is stacked full of interesting bouts. OnlyFans star Elle Brooke won on her boxing debut in July and starts the undercard against US influencer Faith Ordway. Brooke was meant to fight OnlyFans rival Astrid Wett, who pulled out and Ordway stepped in.

Social media influencers Salt Papi and Josh Brueckner will also fight after impressing during previous bouts. The Misfits Boxing events have proved so popular that DAZN have rewarded the promotion company with a five-year broadcasting deal, with KSI stating they are “here to stay”.