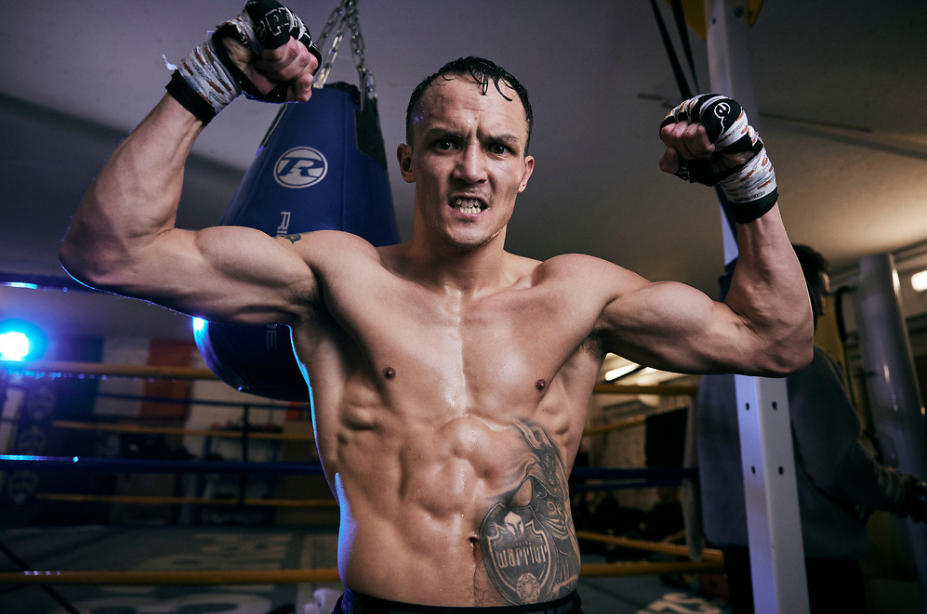 Since Josh Warrington vacated his featherweight title 14 months ago, the division he has called home for his entire professional career has been turned on its head.

The 31-year-old will look to secure his place at the top of the table once again when he takes on old warhorse Kiko Martinez for a second time back home in Leeds on Saturday, challenging for the same IBF belt he relinquished last year.

Warrington has endured a tough run since then, suffering that career-first defeat to the heavy-handed Mexican Mauricio Lara in February 2021. The rematch seven months later provided no closure, ending in a no contest following a clash of heads early in the contest.

While Warrington sought revenge against Lara, new kings emerged at 126lbs. Leigh Wood stunned Xu Can to win the WBA ‘regular’ belt last summer, cementing his standing in the division with an unforgettable knockout win over Michael Conlan in Nottingham two weeks ago.

Perhaps the most remarkable of them all was the return of Martinez to the summit of the division. The 35-year-old rolled back the years to deliver a devastating knockout win over Kid Galahad last November with his first title defence coming against Warrington this weekend – five years on from their first meeting.

It’s a reunion the Leeds man didn’t consider for one second when plotting his route back to the top.

‘There was not a chance I thought Kiko would be here at the top of the division,’ Warrington told Metro.co.uk.

‘People were saying back then [in 2017] that Kiko Martinez is finished, Kiko Martinez has seen better days, Kiko Martinez has been around too long. But five years later he is still f*****g relevant. Boxing is a funny old sport, Kiko is a world champion with my old belt, the belt I vacated.’

Warrington secured a gruelling points win over Martinez in their first fight, outworking and leaving his mark on the Spaniard before clinching the majority decision win.

‘I remember being in the changing room after the first fight, my ribs were absolutely battered once the adrenaline wore off,’ Warrington recalled. ‘I was sore everywhere for days.’

Bigger nights would follow but that sobering one against Lara last February exposed vulnerability in Warrington for the first time in his career. A change of mindset has been required as a result.

‘I can’t be laughing and joking with Eddie Hearn before I’m making my ring walk,’ Warrington continued. ‘I need to be more switched on. But I’m sure that will come naturally. I know what kind of fight this is going to be. I know what it will be like on the night when I leave that dressing room. It will be a different kind of mindset.

‘Kiko had that power for the full 12 rounds [in the first fight] but he also made a lot of mistakes. I didn’t capitalise on too many of them, it was just the case of winning that fight. And I know I’m going to win this one. But there is a little bit of difference in my mindset. I’ve learned a lot over the years on those big nights.’

After winning his first title at Elland Road against Lee Selby in 2018, Warrington successfully defended his belt against Carl Frampton, Kid Galahad and Sofiane Takoucht. Unification never came however with some of the former kings of the featherweight division no longer at the top with Russell Jr dethroned and Oscar Valdez operating at super-featherweight.

Despite not fighting at the weight in three years, Santa Cruz still holds the WBA ‘super’ belt and is perhaps the most tantalising option on the new landscape for Warrington should he emerge a two-time champion this weekend.

‘I turned down a few book deals a few years ago, good thing too because what a final couple of chapters for the autobiography we have now,’ Warrington said.

‘When I won the title it was me, Leo Santa Cruz, Gary Russell Jr and Oscar Valdez knocking about. Since then, Valdez has moved up, Russell Jr has been chinned. Leo is still knocking about, but he hasn’t wanted to fight. For myself, there is the Lara trilogy. There is Leigh Wood, obviously. There is Mark Magsayo now and [WBO champion] Emanuele Navarrete. It has all opened up. But I think the featherweight division always does that.

‘It is changing so quickly but for me I don’t get too worked up on what everyone else is doing. For me, it is just about beating whoever is put in front of me and for now that is Kiko. Then I will be looking to fight one of the other champions.

‘It could be Santa Cruz – me and Leo are both OGs of the featherweight division, the pensioners of the division. I would love to fight Santa Cruz because he has always been about since I was world champion. And I would love to have the trilogy with Lara just to put that one to bed.

‘Anything after those would be a bonus. If we have to go down to Nottingham and takeover there and beat Leigh Wood in a domestic world title fight that would be just fine too.’

Had it not been for one of the wildest final rounds in the history of the sport, Michael Conlan may have been another name in the reckoning.

The Irishman suffered a horrifying last gasp knockout to Wood earlier this month, knocked through the ropes and landing unconscious outside the ring.

Like many of those around him in the red-hot featherweight division, Warrington has now experienced the extreme highs and devastating lows of professional boxing. But nothing has changed.

‘Watching that [Wood knocking out Conlan] I thought, ‘I wish I were good at football,’ Warrington joked. ‘Sometimes when I walk in the gym and see some of the lads sparring I think to myself for a second, ‘why do I do this? This is absolutely brutal.’ But once you’re in it, there is no better feeling.

‘It sounds sadistic, maybe a little bit silly, but I still absolutely love it. You know what the fighters will be feeling. I know what both of them would have been feeling that night, I’ve been knocked out but I’ve also been on the winning end of a balanced fight too. It’s a drug.

‘Once or twice a year we have these Rocky moments. These movie finishes with that incredible atmosphere. It is why I love this sport. It is in our DNA.’

Josh Warrington is a brand ambassador for 11 Degrees Clothing for more information head to www.11Degrees.com