Joe Joyce could suffer a “sensational KO” loss to Carlos Takam who wants to earn a “massive fight” in Britain, says the Frenchman’s promoter Joe DeGuardia.

Joyce risks his unbeaten record against Takam at Wembley Arena on Saturday night, with the winner well placed for a future fight against a world heavyweight champion.

The British contender has never been off his feet in 12 professional wins, 11 by knockout, but Takam has been preparing to pull off a stunning victory. 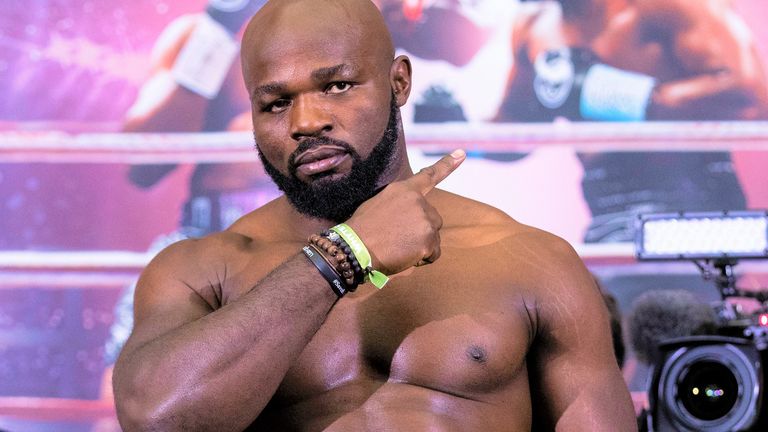 Promoter DeGuardia told Sky Sports: “While a knockout over a 6’6” 260 lb giant like Joe Joyce may seem unlikely, Carlos has the strength, tools, experience and foundation to piece together a performance that can very well lead to a sensational KO.

“The primary focus however is getting the win in whatever way that comes.”

“I think we were at I would say 98 per cent done [in negotiations] and then it just changed in one day,” DeGuardia had told Sky Sports.

But Takam remains eager to battle more of Britain’s best heavyweights, if he defeats Joyce in London.

“Certainly a win here would be huge, in every sense of the word,” said DeGuardia.

“We would absolutely look to be back in Britain for a massive fight should Carlos defeat Joe Joyce.”

Joyce has called Alen ‘The Savage’ Babic into his training camp to replicate Takam’s aggressive style in sparring sessions.

Babic has knocked out all seven of his opponents in his professional career.

Joyce tweeted: “Final spar done. Thanks to “The Savage” for the strong rounds.”