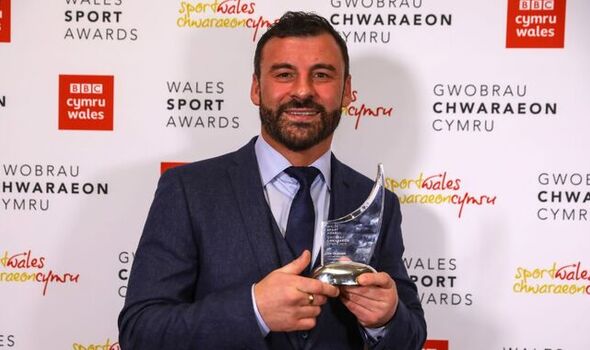 Former lineal light-heavyweight and super-middleweight world champion Joe Calzaghe has revealed he is back in training amidst exhibition bout offers from a long list of people. The Welshman retired from professional boxing in 2008 with a perfect unblemished record of 46-0 and has always stated he would never return to the ring.

But a recent interview with iFL TV revealed that Calzaghe has been contacted by multiple promoters to arrange an exhibition bout involving ‘The Pride of Wales’ and admits he would have to be “s*** on form” if he was to fight.

When asked by Andrew McCart of iFL TV whether he had any desire to return to the ring for an exhibition bout, Calzaghe responded: “No, not at the minute, we will see how it goes on Saturday, it is the first fight I have been to for a while, but yeah, I sort of did a bit of training, I’ve started getting back into training.

“I’m 50 now like I said I’ve always had injury problems but it’s nice to be back in training I’ve had a long list of people that have queried about me having an exhibition which is good because you’re still remembered, and not forgotten about, and you’re still the main man, so you know being the best in the world is fine, is great, but to be honest even if I do an exhibition I’ve got to be s*** on form.”

If Calzaghe is to return to the squared circle for an exhibition bout, he wouldn’t be the first former world champion to do so, with the likes of Evander Holyfield, Mike Tyson, and Roy Jones Jr all returning for big paydays in recent times. One upcoming exhibition bout which has captured the attention of the British boxing public is the return of Ricky Hatton who faces Marco Antonio Barrera on July 2. In the same iFL TV interview, Calzaghe weighed in on that fight.

He said: “I think it’s good for him, I think it will get him back into shape, lose a bit of weight, get him into shape, but it is what it is an exhibition. I hope it does well, I love Barrera, I love Ricky Hatton, both great fighters, and yeah, it should be good fun.”