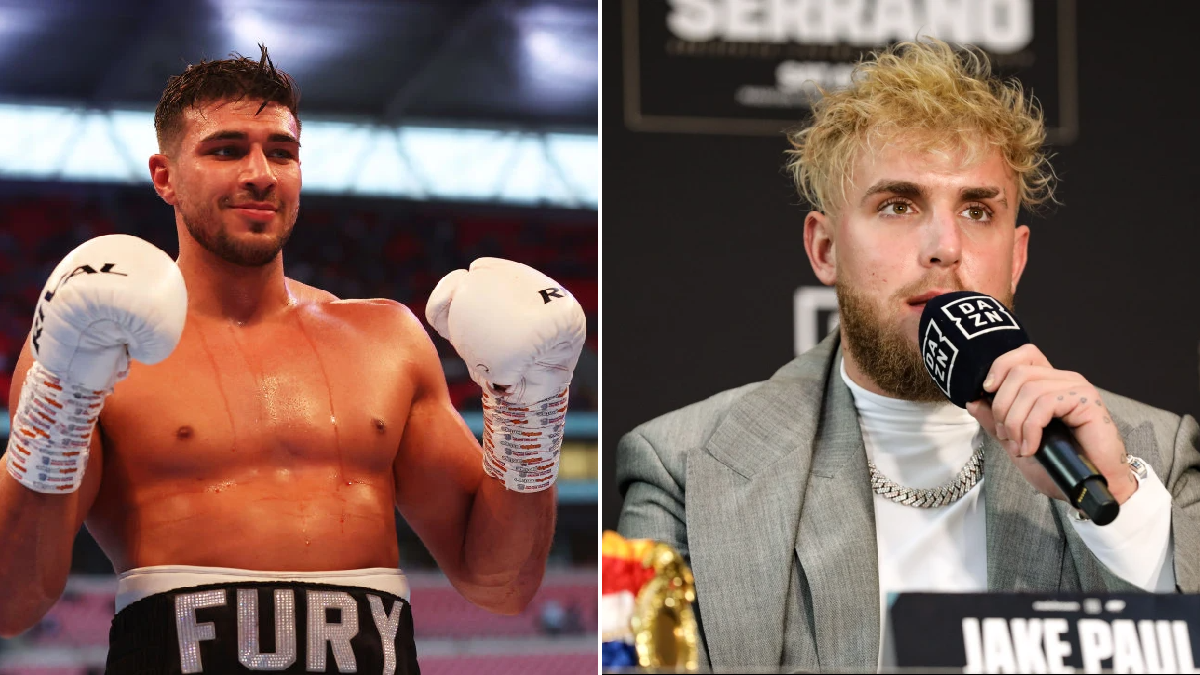 Jake Paul insists ‘no one gives a f**k’ about Tommy Fury after watching the Briton secure his latest victory on the Tyson Fury vs Dillian Whyte undercard.

Fury extended his professional record to 8-0 with solid performance against Daniel Bocianski, flooring the Polish fighter in the fifth round before sealing a point victory.

Bocianski was a step-up in quality of opponent for Fury, having amassed a 10-1 record before suffering the second defeat of his professional career.

94,000 spectators are expected to be in attendance for the main event at Wembley with boxing fans still pouring into the stadium while Fury sealed his win.

Fury and Paul were set to fight last December only for a rib injury to force the former to withdraw from the contest.

Reacting to Fury’s win in the capital, Paul told Ariel Helwani: ‘Congrats on beating a 10-1 fighter. But that stadium was empty.

‘When I fight the stadium is full. When Tommy fights no one gives a f**k. And that’s in his home country. Let’s see how Anderson Silva’s event does.’

In his post-fight interview, Fury once again called out Paul and insisted his opponent tonight would have ‘killed’ the American.

‘I felt very good, it was my first fight in a year and he was a very tough guy. I almost got the stoppage numerous times,’ Fury told BT Sport. ‘

‘But I’ve got one thing to say. Jake Paul, this should have been done a long time ago in December. But if you want it, I’m here and I’m ready for you and I’ll cut you and chop you to bit just like I did in there tonight.

‘Get the contract signed you bum. Let’s get it settled once and for all.

‘That lad in there [Bociansk] would have killed Jake Paul on the spot, that lad is a true professional.

‘He was cut to bits but still giving it everything he had. He would slap Jake Paul and it would be over.

‘Jake Paul, I am going to end your career, you are no good.’