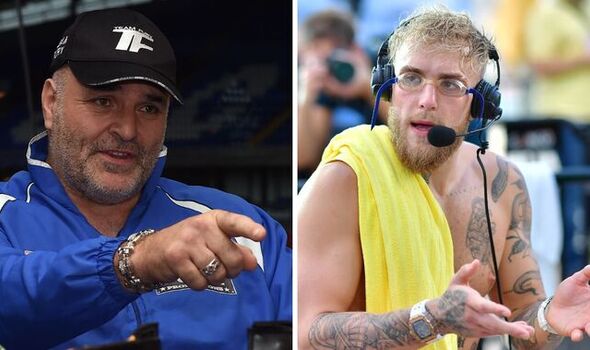 John Fury has ridiculed Jake Paul for being ‘too frightened’ to face Tommy Fury outside of America.

Tommy and Jake are currently in negotiations to get their long-awaited grudge match over the line. The pair were originally scheduled to face each other last December, but the fight was cancelled after Tommy sustained a rib injury and a bacterial infection in camp.

The YouTuber turned professional boxer went on to rematch former UFC welterweight champion, Tyron Woodley in Tommy’s place, securing a brutal knockout as he moved to 5-0. Now, Tommy’s father John has confirmed that talks have begun but have ‘a long way to go’ before completion.

“We’re looking at the Jake Paul situation but there’s a long way to go with it,” John told Freebets.com. “That’s still in negotiation and up in the air, the lawyers are dealing with it as we speak. If not August for Tommy’s next fight, it’ll be September because we’re busy ourselves up until then.

Tyson got prison school teacher pregnant after romping while locked up

Warren dreaming of Joshua vs Dubois with Whyte talks to begin

“I’m not interested in what Jake Paul does unless we’re fighting him, but he’s good for boxing. He’s bringing new eyes and he’s making a lot of noise.

“We’re trying our best to get the fight with Tommy over the line, but there are a couple of major factors we’re trying to get ironed out and if we can, we’ll do it, and if we can’t it’ll be someone else. Whoever’s out there and it’s sensible, we’ll get it on.

When asked about the possibility of Tommy facing Paul in America, John said: “Well, he doesn’t come out of America Jake Paul, does he? He doesn’t leave the states, he’s too frightened! We’ll go anywhere, Tyson has been on the road fighting all his life, we’ll go anywhere in the world to box. If it makes sense and the deal’s right, we’ll go anywhere. Travelling is no problem to a traveller!”

In Tommy’s last fight he put on a career-best showing against Daniel Bocianski who held a 10-1 coming into the bout. The contest served as a big step up in competition for Tyson Fury’s half-brother who has mostly faced losing journeymen for the majority of his career.

‘TNT’ rose to fame in 2019 when he joined the cast of Love Island, finishing as that year’s runner-up alongside girlfriend Molly-Mae Hague. The couple remains an item to this day.