Hughie Fury wants a ‘big fight’ by the end of the year and will shock the heavyweight division when he receives another world title shot, says promoter Mick Hennessy.

The 26-year-old contender is preparing to return this summer after he emphatically defeated Mariusz Wach on points last December, despite suffering a nasty cut over his left eye.

Fury’s first world title fight ended in frustration, a disputed points loss to Joseph Parker in 2017, but Hennessy believes he is ready to test himself against another of the world’s top heavyweights. “He’s in full training now, Peter [Fury] has got him in camp,” Hennessy told Sky Sports.

“He’s got sparring partners there. They were talking about him being out in May, but that’s obviously gone, so I think it’s going to need to be June or July that Hughie is eventually out.

“He’s a heavyweight who achieved a lot at a young age. All of that is experience in the bank. “I think a lot of people will be surprised about Hughie. When the time is right, he will seize his opportunity, and all of that experience he has got, all of that heartache will culminate in him winning something very special like the title in the near future.

“But I would like and Peter would like for him to be in the mix for some of those big fights by the end of the year.” 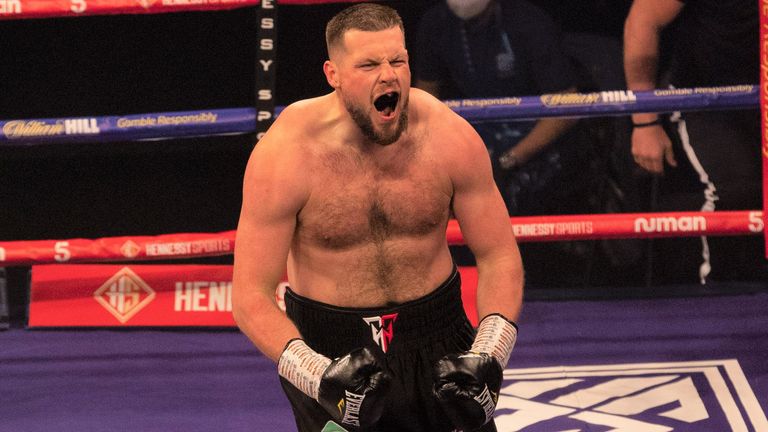 “What I like about young Tommy is his attitude,” said his promoter Hennessy.

“He is fearless, he is determined and he’s super aggressive, yet he can really box as well.

“He can do a bit of everything. He can fight, he can box, he’s got a good defence. He’s a good combination puncher when he gets going to try and take them out.

“Those attributes and the fact his Dad has been a champion, and fought for a world title, I think that is a powerful combination.”