In his bid to become the undisputed lightweight champion of the world a cool, calm and collected Devin Haney has shrugged off a number of setbacks and kept his eyes firmly on the prize.

On Saturday night the American, 27-0 (15 KOs), will exchange fists with George Kambosos Jr in a fascinating scrap for all four of the recognised titles at 135lbs. Though while currently in possession of just one, as the B-side he must enter the lion’s den to do so.

Five months shy of his 24th birthday, Haney will encounter a boisterous atmosphere as he steps out in front of 53,000 baying fans at the Marvel Stadium in Melbourne, Australia – Kambosos’ native land. 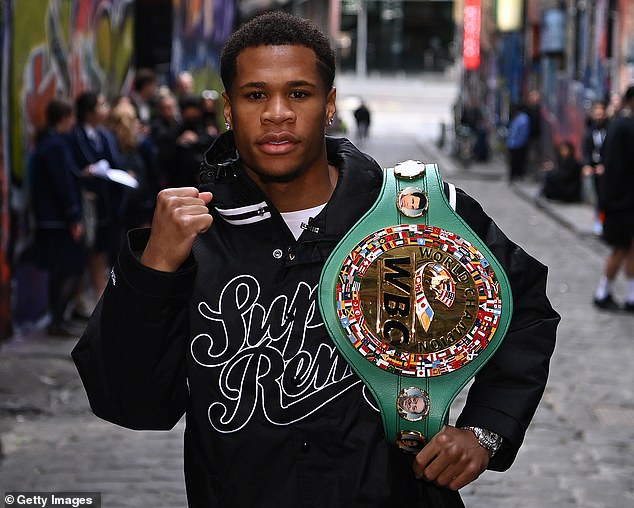 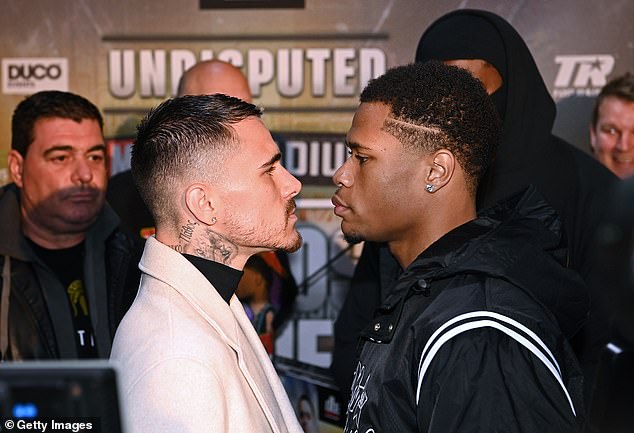 But conceding home advantage was not the only sacrifice he made to secure this date of destiny. More still, for the most crucial outing of his career so far Haney will be without father and lead trainer Bill, who is barred from entering the country due to a drug conviction from 1992.

After leaving promoter Eddie Hearn and joining forces with Top Rank to make it happen, he also claims to be in for a meager payday despite the seismic occasion, recently telling FightHype: ‘I’m taking a lot less money than what I should be making. It’s about my name being in the history books.’

Such obstacles would have floored most 23-year-olds on their hopeful path to sporting stardom. Haney, though, remains unfazed by the task ahead.

‘It’s business as usual,’ he said last week. ‘This will be [fight] No 28 for me and it’s no different than the rest.

‘It is what it is, he [dad] can’t fight for me. I understand that, I know that, so when we get in the ring it’s just me and George. 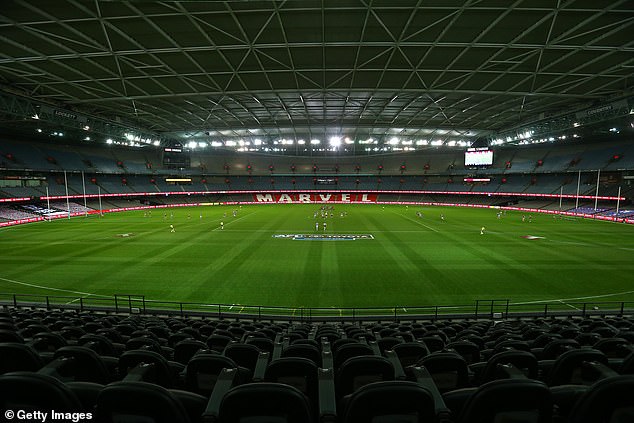 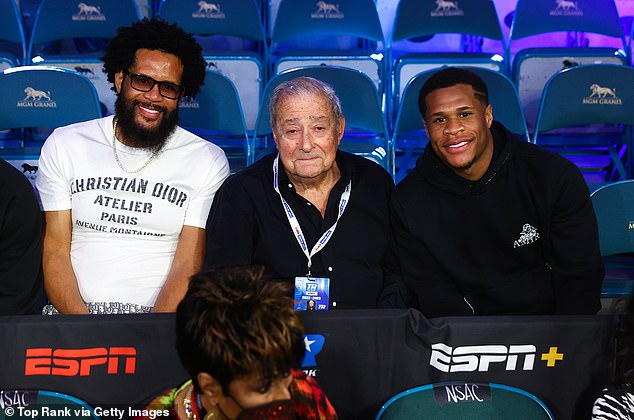 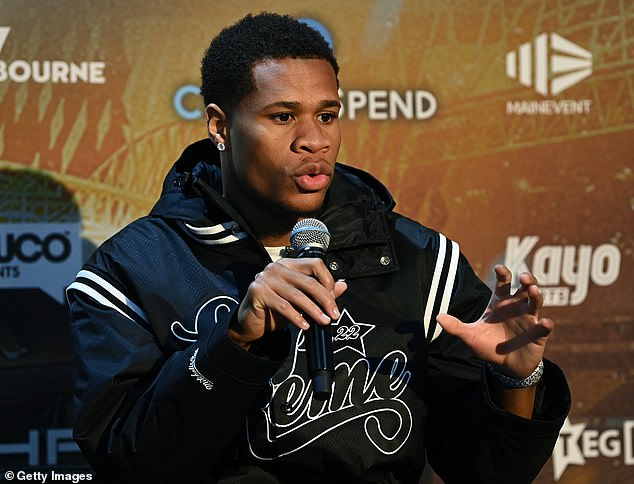 For the 23-year-old, though, these numerous setbacks have not damaged his confidence

Bill was formally denied a Visa to enter Australia last Friday, ending any slim hopes of a last-minute arrival in Melbourne. Replacing him in the corner will be Yoel Judah, father of two-weight world champion Zab.

Fortunately for Haney the 65-year-old is not an unfamiliar face, as he added: ‘Yoel was training me when I was a young kid and we worked a few times before the camp had started, then the camp started and it played out like this so we started working.

‘The chemistry picked up where it left off and I’m ready to go, I cannot wait. I feel strong, I feel ready and I cannot wait to show it on June 4.’

He has already enjoyed 27 professional contests and 162 rounds at such a tender age, yet there is still an element of the unknown with Haney. Saturday’s tilt at lightweight supremacy is his biggest leap yet and whether he sinks or swims remains to be seen.

The California kid attained his world title in questionable fashion, too. While ranked as the WBC’s No 1 ranked contender, Haney was elevated to champion without fighting in the ring when Vasily Lomachenko received the sanctioning body’s controversial franchise belt in 2019 – another wishy-washy accolade handed exclusively to ‘elite’ champions. 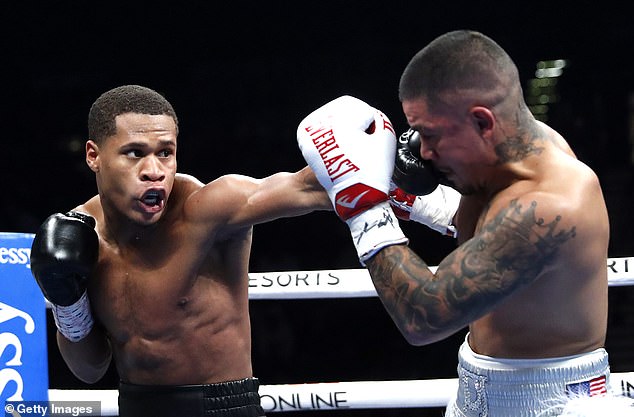 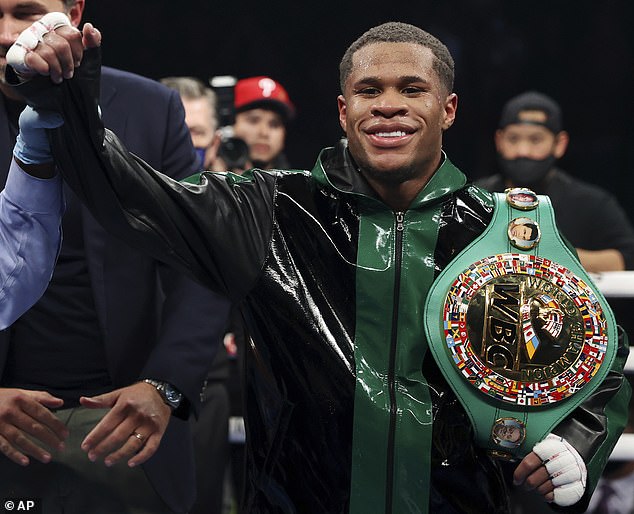 Winning a title in this manner ensured a fair amount of ridicule would come his way. Kambosos, for example, hasn’t tired of branding his foe the ’email champion’ in the lead-up to their contest.

However, Haney is convinced he already proved his champion credentials by passing a gut-check last year; pointing to his entertaining win over Jorge Linares as the night he did exactly that.

‘You can say what you wanna say, but you never know if you can truly take a punch until you get hit,’ he said.

And entering the lion’s den against Kambosos? Starting his professional career out in Mexico at the age of 17, because of a minimum age regulation to box in the States, means he is already acclimatised to fighting in hostile arenas. 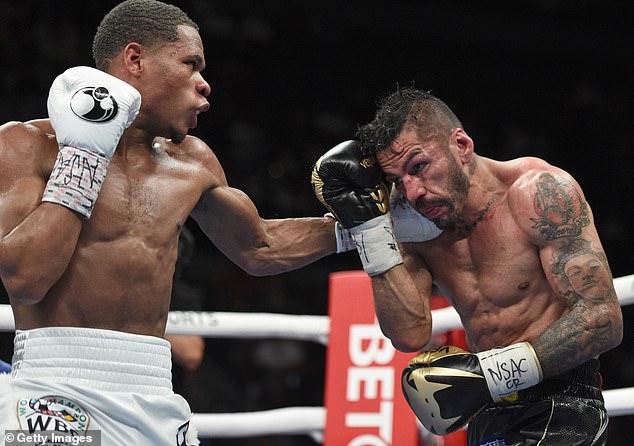 Naming another time he faced adversity, Haney said: ‘Turning pro in Mexico and fighting in front of a crowd that were totally against me at such a young age.

‘I’m still a young age now fighting in front of 50,000 people, but this is all a dream come true of mine. I wouldn’t have wanted it any other way.’

The lightweight division arguably contains boxing’s most talented crop of fighters right now. Along with Haney and Kambosos, there is also the explosive Gervonta Davis, who holds the lesser-acknowledged WBA ‘regular’ strap, knockout artist Ryan Garcia, former unified champion Teofimo Lopez and the legendary Lomachenko. Plus, 130lbs sensation Shakur Stevenson is surely not far away from moving up and joining them.

Yet frustratingly, Haney’s meeting with Kambosos will only be the third showdown between two of these juggernauts, following Lopez’s bouts against the Australian and Lomachenko.

Fight fans salivate over the prospect of a fantasy tournament pitting the super six against one another. So does Haney believe his rivals should take a leaf out of his book to make these potential classics happen? 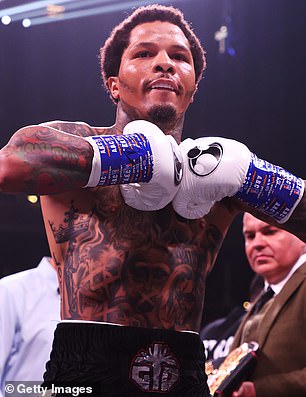 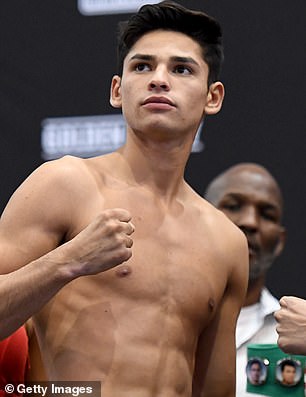 ‘It doesn’t count unless I win [against Kambosos] and that’s what I will do. That’s my main focus right now, to focus on winning.

‘But when my peers wanna get it on we’ll get it on.’

For now, Haney’s sights are set solely on dethroning Kambosos at the lightweight summit. It will be a tough task, especially on away turf, with his opponent still buoyant from a shock victory over Lopez in November of last year.

Toppling the Sydney resident Down Under would be a major statement, one which would change the landscape of the sport’s hottest division and make the boxing world sit up and take notice.

‘They say that the lightweight division is the best division in boxing and now there’s one king with all the belts.

‘Me being put on the pound-for-pound list will be an achievement for me.’ 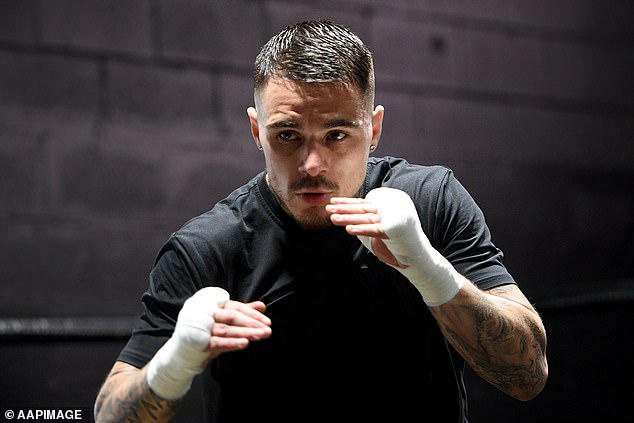 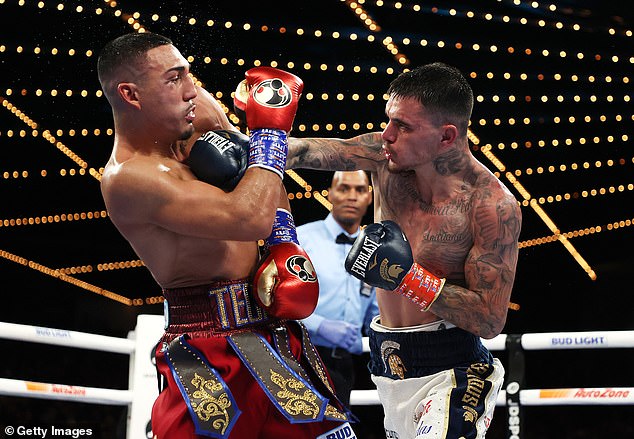 Given the compromises he has accepted to land this fight Haney comes across as a mature head on young shoulders. At this week’s press conference, he remained measured and composed in the face of verbal assault from Kambosos.

Lopez, in comparison, was far too riled up before his own meeting with the latter and paid the ultimate price when he was floored on the way to a humbling defeat.

Haney is confident of avoiding a similar shortcoming. In fact, he even plans to make it look easy.

‘The proof is in the pudding,’ he stressed. ‘The true boxing people, the true boxing fans who know the game, they know what I bring to the table. I just wanna execute it on June 4.

‘He made it to this level, he deserved it, he beat Teo fair and square… but I’m on a different level and I will show him.’ 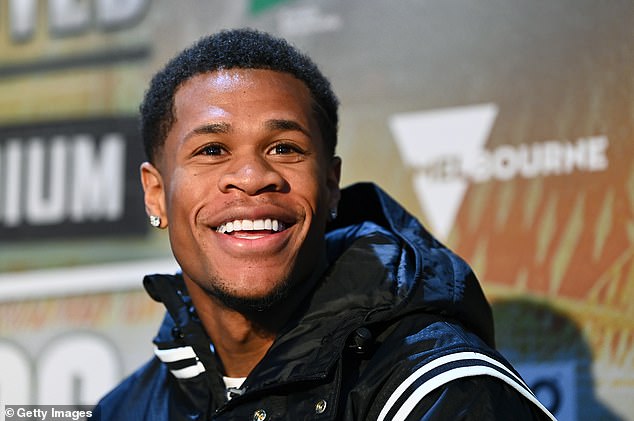