Dmitry Bivol is yet to be paid after defeating Saul ‘Canelo’ Alvarez by a unanimous decision in Las Vegas last week, as global sanctions bite Russian citizens following Vladimir Putin’s invasion of Ukraine

Dmitry Bivol is yet to be paid his share of the purse after his win over Saul ‘Canelo’ Alvarez in Las Vegas on May 8 due to Russia’s ongoing war in Ukraine.

Bivol, 31, produced a consummate performance to beat Canelo in at the T-Mobile arena in Vegas via a unanimous decision from the judges who all scored the fight 115-113. 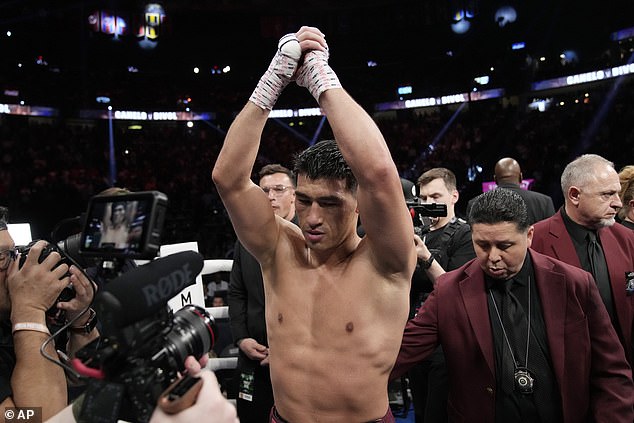 The fight was broadcast by DAZN and promoted by Matchroom, for whom Eddie Hearn is the chairman.

However, despite having beaten Canelo, Bivol has since given an interview in which he spoke about his struggles in actually receiving the money.

In an interview with Tass, the Russian news agency, Bivol explained how his money had ‘still not arrived’ owing to the sanctions imposed on Russia following its invasion of Ukraine.

‘I think it’s very difficult [to get a fee for this fight],’ Bivol said. 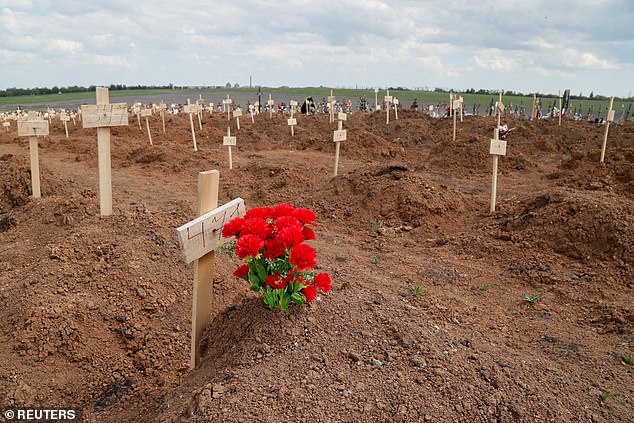 ‘We will still think about how to do it. We didn’t think ahead because the situation is changing rapidly,’ he added.

Bivol said he told his manager Vadim Kornilov that ‘this will be your headache’.

The decision to allow Bivol to fight in the first place drew criticism from across the sporting landscape, not least from within boxing itself.

Former heavyweight champion Wladimir Klitschko told BBC Radio 5 Live that ‘it is important that this boxer [Bivol] is forbidden from fighting in America, just as all Russian athletes are being banned from international competition’. 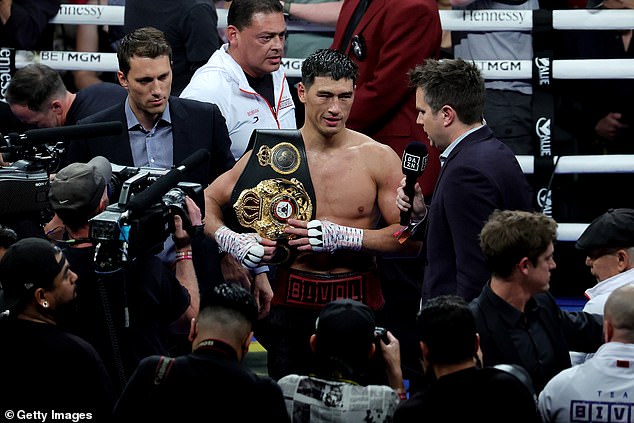 Bivol, who was born in Kyrgyzstan, who retained his WBA light-heavyweight title with the victory over the Mexican, is believed to have not yet condemned the Russian invasion.

The fighter was forced to enter the ring last week unable to don the Russian flag or have the national anthem of Russia be played.

It is believed that the Russian invasion has led to the displacement of over four million people while around 3,000 civilians are believed to have been killed since the invasion began in February this year. 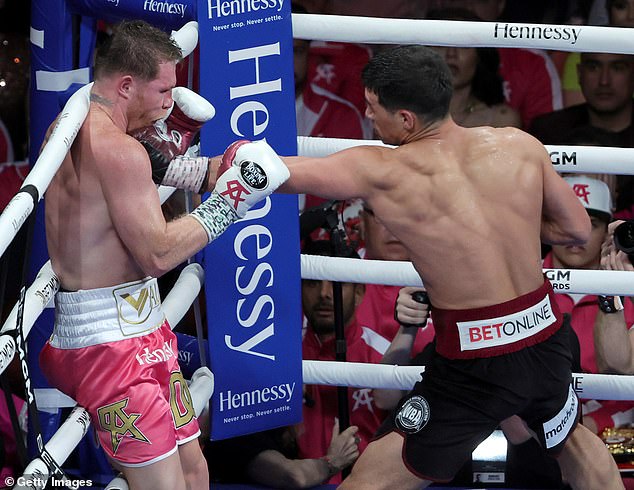 His win over Canelo maintained his undefeated record after 20 fights, although it was the Mexican who stepped up in weight class to challenge him.

Speaking after the fight last week, Bivol said: ‘I’m glad I proved myself, I’m the best in my division and I keep this belt.’

‘He’s a great champion, I respect him and all his team,’ he added.

‘If you don’t believe in yourself what do you do? You achieve nothing. I believe and my team believed in me.

‘I felt his power. You can see on my arm, he beat my arm up but not my head. That’s better.’