Dillian Whyte has questioned whether Joseph Parker still has the same burning desire for battle and believes Derek Chisora could knock out the New Zealander this weekend.

Chisora faces Parker on Saturday, live on Sky Sports Box Office, and Whyte knows all about the threat posed by both heavyweights, having shared the ring with them.

The WBC ‘interim’ champion defeated Parker on points in a brutal encounter in July 2018, with Whyte becoming the first person ever to knock Parker down, dropping him to the canvas twice during the fight.

Whyte also fought Chisora twice, winning the first meeting by split decision in 2016, before ending their rivalry with a thunderous knockout in a 2018 rematch.

“Derek Chisora finds a way of coming back, because people challenge him, thinking he could be an easy fight and then he shows up and he surprises a lot of people,” Whyte told Sky Sports.

“Parker since he fought me, he hasn’t been the same, and he hasn’t fought any top guys. But he still talks, ‘I want the rematch, I want this and that.’ 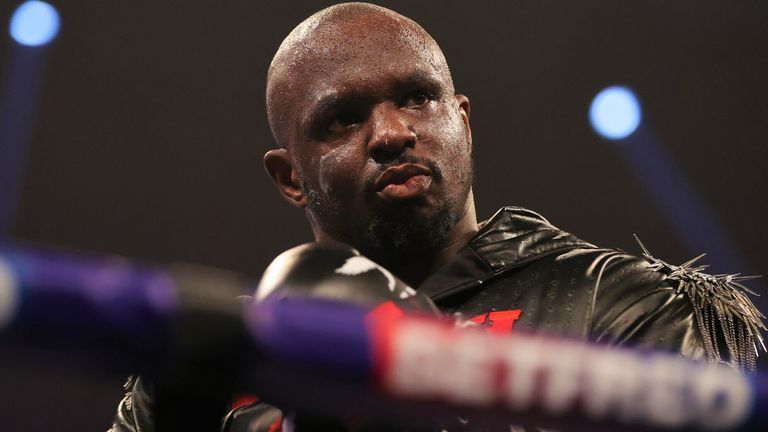 “I beat you last time when I had a broken rib and a broken hand, and a bad chest infection. I bullied you around the ring.

“He’s a young guy, he’s tough, he can take a punch, but it seems like he hasn’t got so much drive any more.

“With Chisora, we know that when he’s motivated and he gets his head right and he trains right, he’s a problem for anyone.

“Hopefully he does well, but I don’t care. Whoever wins, it’s good for me. The more heavyweights at the top, the better it is. I’m sure the winner will call my name again, but let’s see what happens.”

👿"IT'LL BE HELL FOR ME… AND HELL FOR HIM!"👿@DerekWarChisora is expecting a "brutal" encounter on Saturday night😤 #ChisoraParker pic.twitter.com/k1dIgRnJIS

Whyte says Chisora is fully capable of producing a stunning stoppage but admits that Parker could earn a decision victory, if he can avoid a fight-ending punch.

“Parker is tough, and he’s got fast hands and a decent work-rate, so yes there’s a high possibility that he can win on points.”