But Higgins believes Haye has been strangely subdued in recent days and questioned whether his opposing manager is concerned about Chisora’s upcoming clash with Parker.

“He’s a bit invisible in terms of this Chisora fight coming up.

“Maybe he’s lying low because they lack confidence, or maybe he’s going to spring something on us, in the last day or two, in terms of something psychological. Who knows? I don’t have the answer. 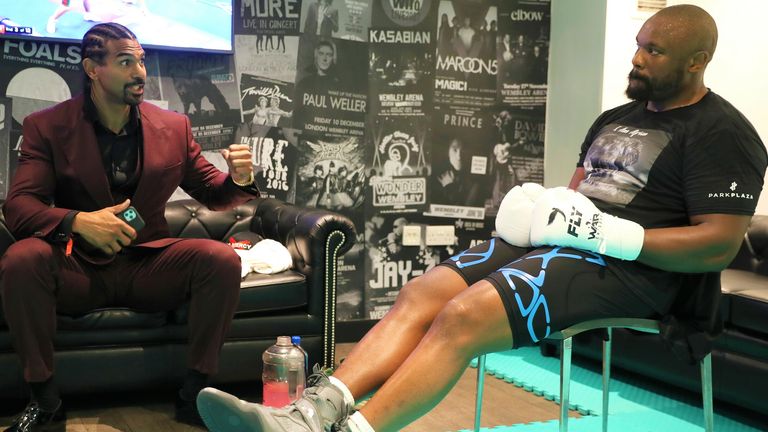 “If this is the first time in history that he hasn’t behaved that way, that is odd.

“Maybe it is a lack of confidence on his part. That could well be it.”

But Haye insists Chisora’s hostility will intensify in the next 48 hours and has backed him to become the first man to stop Parker.

“As he gets close to the fight night, he starts tuning in, because he knows what’s at stake in this fight.

“Knocking someone out that’s never been knocked out. It’s a tough order, but Derek Chisora is up for it.”

Promoter Eddie Hearn has informed Parker that victory would put him firmly in contention for a world title fight in 2022.

Higgins says the former WBO champion could stay active with a summer fight after recently teaming up with new trainer Andy Lee.

“We’re not looking past this fight. There’s a huge amount at stake in this fight.

“The winner will likely get a world title shot, within another year, the loser will be back on the bottom of the heap. Both guys know that, and they’ll be fully focused on Saturday night.

“But the Parker team certainly want to back up as soon as possible. Joseph has been really good when he’s had momentum.

“On our side, there was discussions about backing up and fighting again as early as late July or late August.”