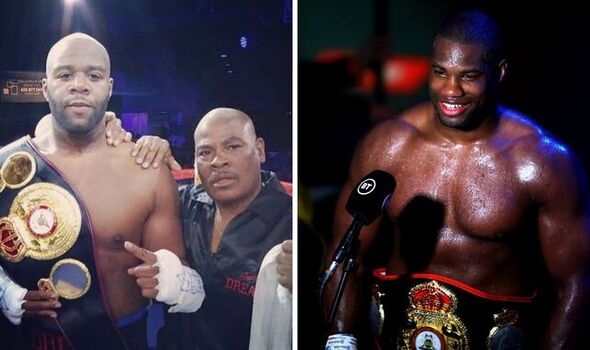 British youngster Daniel Dubois is set to challenge America’s Trevor Bryan for the WBA ‘regular’ heavyweight title this weekend. The 24-year-old will be hoping to secure a shot at a major world title as he challenges for the lesser version of the WBA belt in Miami.

Coming into the fight Dubois is 17-1 with 16 knockout victories. His sole defeat came against fellow countryman Joe Joyce in November 2020 where he was counted out in the 10th round. Repeated firm jabs from Joyce caused swelling to the left eye of Dubois as he was later revealed to have suffered a broken orbital bone and nerve damage around the eye.

After some much needed rest and recovery, Dubois returned to the ring in 2021 with wins over Bogdan Dinu and Joe Cusumano. These victories catapulted ‘Triple D’ up the WBA rankings to No 1 setting up a fight for the WBA ‘regular’ title.

Champion, Bryan, won the vacant ‘regular’ title in January 2021 against Bermane Stiverne after then “champion in recess” Mahmoud Charr was unable to travel to the fight due to an invalid United States visa. Bryan stopped Stevern in the eleventh round and followed this up with a successful defence against Jonathan Guidry before the Dubois announcement.

Joshua has three next fight options if he loses Usyk rematch

The bout is set to take place on Saturday, June 11. Bryan’s promoter Don King, now 90, won the purse bids for the fight and so is staging it in the US at the Casino Miami Jai Alai in Miami, Florida.

The fight is being shown live on BT Sport 1. BT Sport subscribers can live stream the event via the app on their computer, mobile and tablet devices.

The undercard will commence at 7pm with Bryan and Dubois’ ring walks expected around 11pm UK time.

Dubois comes in as a heavy favourite with the bookies.

*Odds courtesy of Betfair are correct at time of publication