Daniel Dubois could swiftly restore his reputation by challenging for a world heavyweight title in London this year, if he defeats a rival contender on June 5.

The 23-year-old faces Bogdan Dinu in a WBA final eliminator at Telford International Centre as Dubois returns to the ring for the first time since his first professional loss to Joe Joyce last December.

Victory will propel Dubois straight into a shot at a WBA belt, with promoter Frank Warren planning to guide the former British and Commonwealth champion into another major fight.

“We very much hope so,” Warren told Sky Sports, when asked whether Dubois could receive a WBA title fight before the end of 2021.

London was named by Warren as the preferred venue to host the bout, although the WBA championship status is complicated.

Anthony Joshua is set to defend his WBA ‘super’ title, WBO and IBF belts against Oleksandr Usyk, while Trevor Bryan holds the WBA ‘regular’ title and Mahmoud Charr was recently named ‘WBA champion in recess’ before recently returning with a victory. 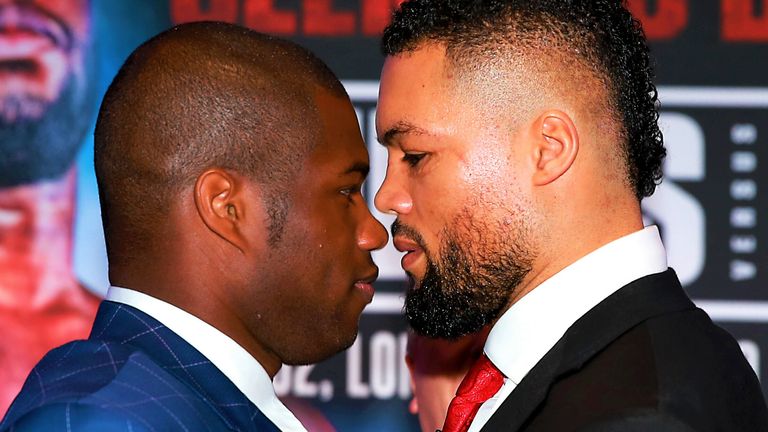 Joyce had been in talks for a fight against Usyk for the WBO interim belt after rising to No 1 in the WBO rankings following his stoppage victory over Dubois.

“Joe would be a big underdog and would be written off but we’re confident that he would stop Usyk,” Joyce’s manager Sam Jones had previously told Sky Sports.

“Joe is all about goals, he looks forwards not backwards. He wants Usyk then the winner of AJ vs Fury.”

But Joshua has been ordered to fulfil a WBO mandatory title defence against Usyk after plans collapsed for an undisputed world title fight against WBC belt holder Tyson Fury.

Joyce had been well-positioned to even fight for a vacated WBO title in the future, but could be forced to wait for another opportunity, meaning that Dubois might be crowned world champion before him.