Canelo Alvarez and Billy Joe Saunders go to battle in an enthralling super-middleweight unification clash on Saturday night: Everything to know ahead of the fight

The fight was momentarily placed in doubt, with Saunders and his team threatening to fly home having been informed the bout would take place in an 18ft ring, insisting they would not fight in a ring smaller than 22ft.

The issue was swiftly resolved, however, and the unbeaten 31-year-old now puts his WBO title on the line against Canelo’s WBA (Super), WBC and The Ring titles, in front of over 60,000 fans at the AT&T Stadium in Arlington, Texas.

Saunders will become the seventh Brit to face Canelo, who has previously wiped out the likes of Amir Khan, Rocky Fielding and Liam Smith, most recently cruising to victory against Callum Smith at the back-end of last year, before stopping Avni Yildirim in February.

Though regarded as perhaps the best current fighter across any division, Canelo does have one loss to his name, falling short against Floyd Mayweather Jr in 2013 – when he was just 23-years-old.

The winner is being lined up to face IBF champion Caleb Plant for all the belts in September, and though coming in as the major underdog, two-weight world champion Saunders insists he will be the one to halt Canelo’s reign of supremacy.

It’s a fight he has been chasing for a number of years. It had been mooted prior to the outbreak of the coronavirus pandemic, but it is finally here and Saunders has the chance to seal one of the all-time great British wins.

With the eagerly-anticipated match-up now swiftly approaching, Sportsmail takes you through everything you need to know. 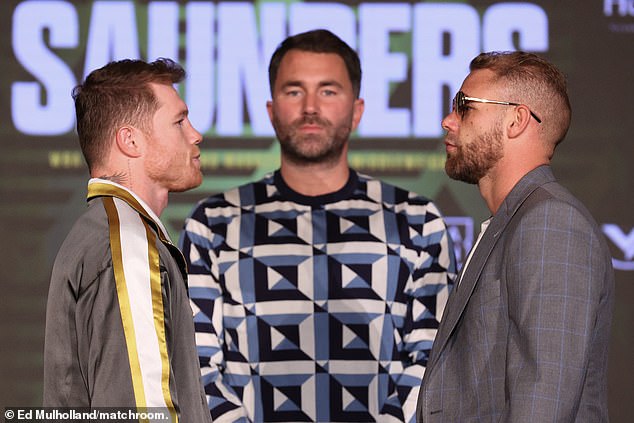 The super-middleweight clash between Canelo and Saunders is scheduled to take place on Saturday, May 8 at AT&T Stadium in Arlington, Texas.

The pair are expected to walk to the ring at around 4am BST on Sunday morning, though that of course will depend on results beforehand.

UK viewers won’t have to stay up until the crack on dawn to catch some action, however, with the undercard getting underway at 1am.

The match-up between will be available to stream on DAZN in the UK and across the world, with the exception of Mexico.

You can sign up for just £1.99 per month and you can cancel your subscription at any time.

Sportsmail will also be running a live blog on the night, so you can also keep up-to-date with us.

Canelo vs Saunders: The records 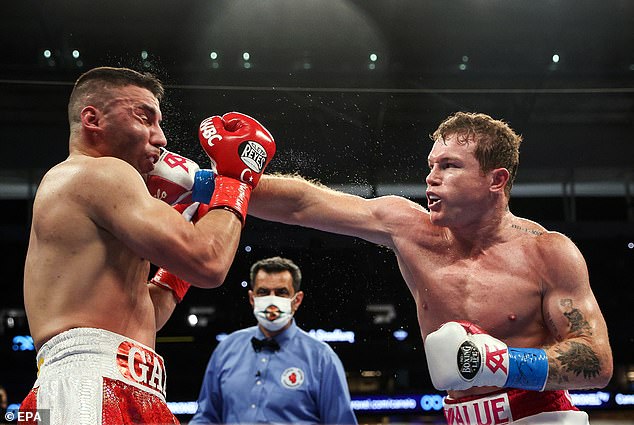 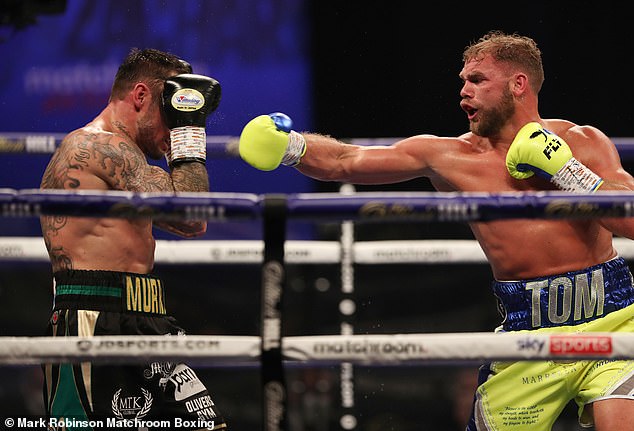 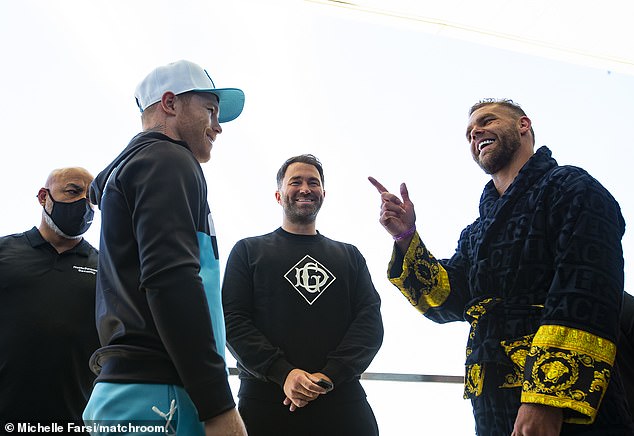 Particularly with all the antics that have taken place on fight week, there has been an abundance of trash talk in the build-up to the eagerly-anticipated bout. However, both fighters ultimately know it’s not going to be an easy night’s work.

Saunders recognises Canelo’s incredible resume, but believes he will cause an upset on Saturday. ‘Canelo, I’m ready to rock and roll,’ he said. ‘You have to dare to be great and you aren’t going to be a great if you don’t beat the greats.

‘I believe I am the only one with the footwork, knowhow, skillset, mindset and brain to unlock that door in Canelo.

‘He’s the main man in the sport and the face of boxing. You have to give him respect, he hasn’t ducked anyone, he’s beaten good names, but nobody is unbeatable, and I believe I have got the tools to beat him if I use them properly and if the gamelan comes off that I believe works.

‘I am looking at the golden ticket to cement my legacy, and that’s how you have to go in there to beat him. I’ve won everything from Southern Area to World titles, I could say “I’ve won it all, been to the Olympics, I’m unbeaten – I’ll see you later”.

‘But I’ve only just turned 31, I’ve got no miles on the clock, haven’t taken any punishment – I believe he’s been in harder fights than me and has more miles, so I want to cement my legacy and beat him.’

Canelo also understands the skillset of Saunders, but insists he will get the job done.

‘We want to unify the division, he’s a world champion, we want to go for it and we need to go for it,’ he said. ‘He’s a very difficult fighter and has a championship, the WBO.

‘People talk but I’m a very mature fighter and I know how to control myself. All I need to do is go into the ring, win and make history.’

Canelo vs Saunders: The odds

Though it’s Saunders who comes into the bout as the undefeated fighter, the Brit comes in as the overwhelming underdog among the bookies against the pound-for-pound great.

Canelo is favoured at 1/6 to get the victory – 6/4 on points and EVS by stoppage.

Meanwhile, Saunders is down at 9/2 to get the win. As a boxer-mover with significantly less power than Canelo, his chances of getting the stoppage are at just 20/1. Saunders to win via points is at 11/2.

Watch Canelo vs Billy Joe Saunders live on DAZN for £1.99