Canelo Alvarez’s trainer Eddy Reynoso claims he is desperate for his man to knock out Billy Joe Saunders tomorrow because of the disrespect the Brit has caused in the build-up to the fight. The controversial WBO super-middleweight world champion has certainly caused a stir ahead of tomorrow night’s main event in Dallas which is due to take place in front of a sell-out crowd of 70,000 spectators.

First of all Saunders and his team were unhappy with the absence of a British judge, something the 31-year-old’s father Tom was adamant they would receive.

Secondly, Saunders’ entourage were unwilling to fulfil Canelo’s demand for a 20ft ring, which has since been resolved as 22ft.

On Wednesday, the two-weight world champion from Hertfordshire caused another major talking point when he taunted Mexican reporter Salvador Rodriguez.

During an interview that aired live on ESPN, Saunders muttered that Rodriguez’s ‘breath was like s***.’ 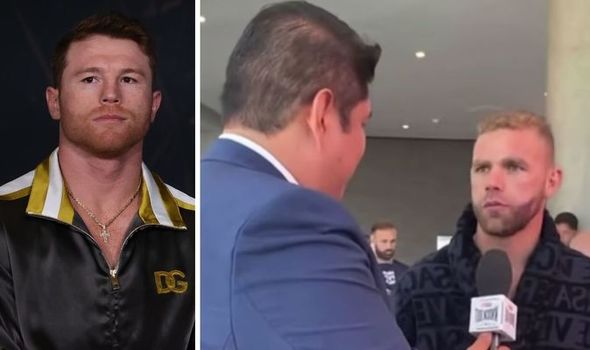 The clip later went viral and received mixed reviews on social media, with boxing fans either finding it humorous or unnecessarily cruel.

Salvador has since tweeted yesterday: “Billy Joe Saunders in your plan. He messes with Canelo, messes with the team Canelo, he messes with the press, especially the Mexican, messed with me, let’s see if the game works for you, today the press conference in Texas.”

Saunders was also recorded telling a separate reporter to “suck my balls.”

Now Canelo’s trainer Reynoso is desperate for the four-weight world champ to execute a knockout as punishment for Saunders, who he thinks has overstepped the mark.

“It annoys me,” he told Little Giant Boxing. “Not only about us but the trash talk to Mexican reporters, with people of Mexico.

“But this time around I do want Canelo to win by KO.”

Speaking to Eddie Hearn on his podcast No Passion No Point, the WBA (Super), WBC and Ring Magazine super-middleweight world champion claimed he has not forgotten about the trash Saunders has been talking since he gatecrashed the Gennady Golovkin press conference in London back in 2017. 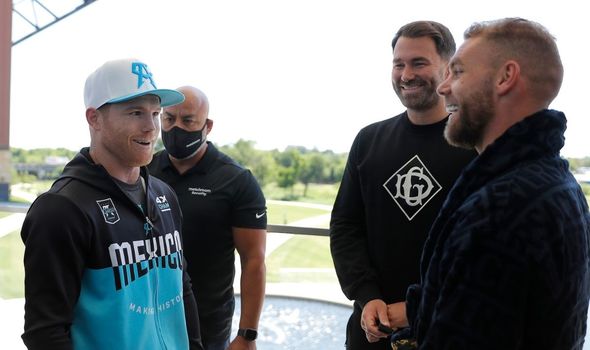 “This fight is different because he has four years talking s*** about me,” Canelo told BBC podcast No Passion No Point.

“Before the first Golovkin fight he is there talking s*** about me. That’s why it is different for me.

“My mind is calm. Saturday night it is going to be different, he is in a different level fight now.

“He’s going to see what is going to happen. This isn’t like [Martin] Murray or other guys he has fought before.”