Dan Azeez doesn’t exactly have a rags-to-riches Rocky Balboa story about how he became a fighter.

The light-heavyweight star’s route into the game was a simple one – he was a student at Essex University working towards his Accounting and Finance degree, but he was also a student of boxing.

In between lectures and exams, Azeez would spend time watching countless highlight reels of David Haye on YouTube. Inspired by his style, speed and explosive power, he set off to his local amateur gym in Colchester to get to work. 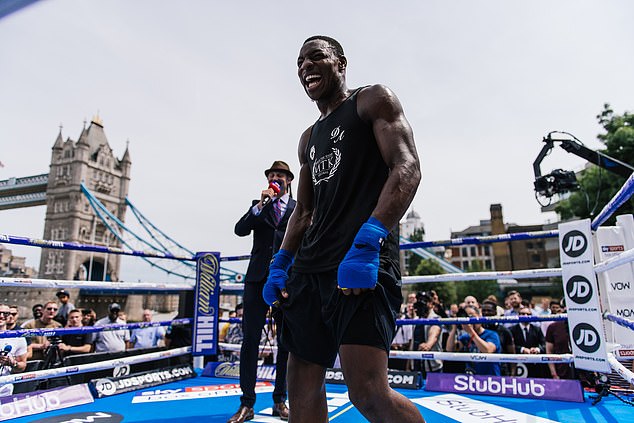 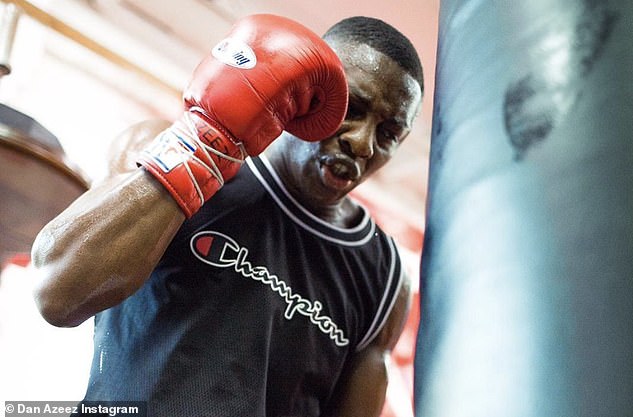 It wasn’t long before he was watching an amateur finals featuring a certain Anthony Joshua. Seeing the future heavyweight world champion dismantling his opponent was enough to convince Azeez that this is was the career for him.

‘The way [Joshua] beat up his opponents, that’s what inspired me,’ he said. ‘I was like “Wow, this is cool man. I wanna do this”, and haven’t looked back since.’

The 31-year-old is a perfect example of how inclusive boxing is – you don’t need to come from an underground fighting club or MMA. You just need to have a burning desire to put the gloves on and learn.

Azeez has blasted his way to an undefeated record of 12-0, with eight KOs, and faces a final eliminator for the British title against Ricky Summers on Saturday. Winning will surely unlock doors to big fights against the likes of Joshua Buatsi and Anthony Yarde. But he’s not fazed – in fact, he’s as relaxed as they come. 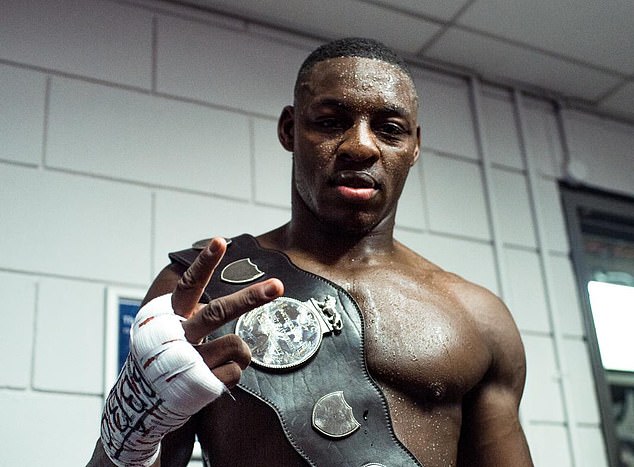 Now undefeated at 12-0, Azeez has some big fights ahead of him, but keeps a cool head

He admits he doesn’t have a game plan to beat Summers – and he doesn’t need one.

‘I don’t know!’ he says. ‘Boxing is all about adapting, I don’t know what he’s going to bring. Whatever he comes with I’ve just got to match it. The main thing is to hit him more times than he hits me!

‘It’s all good saying “I want to do this, I want to do that”. There’s a famous saying from Mike Tyson: “Everyone’s got a plan until they get punched in the face”. You always have a plan that you want to execute but boxing is not that simple, you’ve just got to figure it out when you get out there.’

Azeez comes across as laid back, confident and playful – during the first ten seconds of our chat on Zoom he intentionally muted his microphone just to wind me up.

That personality is a big reason why he risen the ranks and turned professional so quickly. But he also stands out for his refreshing take on the mental side of boxing. 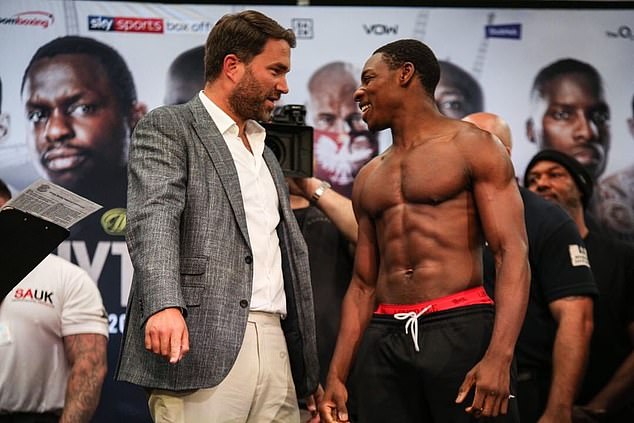 Azeez says he puts on a ‘game face’ when it’s time to go to war, but concedes that under the surface he’ll have plenty of nerves as he starts his ring walk. Boxers usually come with a ‘tough guy’ persona – with all the trash talk and swagger, we don’t usually see the vulnerability.

Tyson Fury, who fights under the same MTK banner as Azeez, has been candid about his struggles with depression, alcohol and drugs in the past – but do all fighters have moments where they realise they aren’t invincible?

‘Any boxer who says they don’t get nervous, they’re telling you lies,’ he says. ‘I always s*** myself before a fight! But it’s how you deal with it.

‘In the amateurs I remember I used to get ready to and go out, sometimes I would think, “Bloody hell, what am I doing here, shall I run away? Why am I here, why am I doing this?” 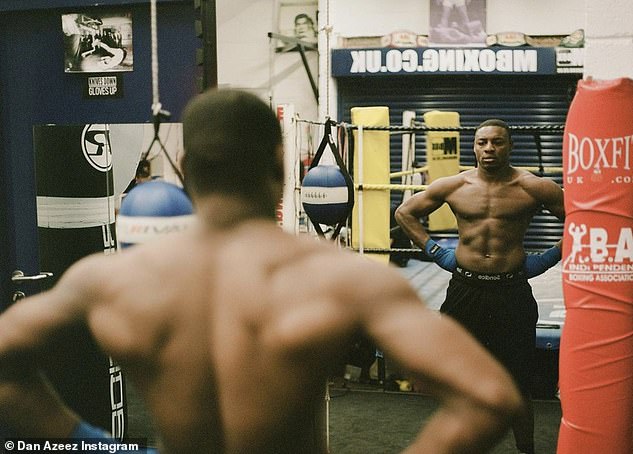 Mental toughness is more important in boxing than any other sport – because taking your eye off the prize can be costly – even deadly.

‘You never know what can happen, you could die in there,’ he continued. ‘It’s serious, you have to have a serious game face. When I enter the ring, it’s tunnel vision, I see my opponent and say: “We’ve got a job to do, let’s go get the job done”.

‘Mike Tyson said he used to be so scared, but he made that feeling work for him and he would go out there and destroy his opponent. We’re all human at the end of the day, I think every boxer goes through nerves. If I didn’t have nerves before a fight I’d be worried.

Having good role models is also important for a fighter making his way through the game. Azeez is in awe of Joshua, describing him as ‘incredible’ and a ‘beacon’ for the sport, and also models his style on Haye and the late Marvin Hagler – his ‘favourite boxer of all time’. 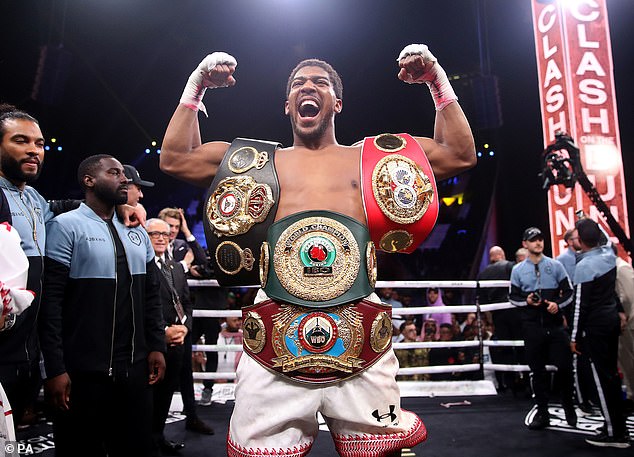 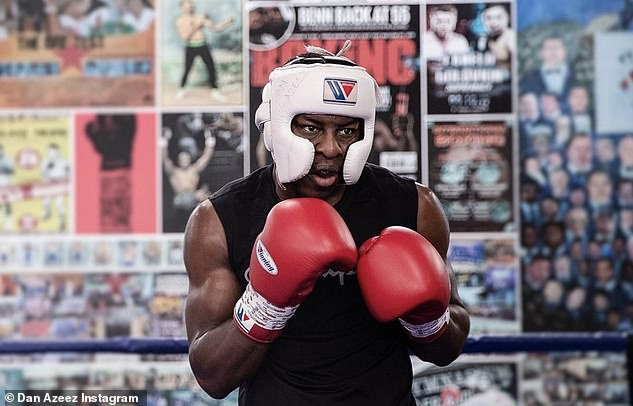 Azeez lives by three principles – dedication, discipline and consistency as he rises the ranks

There are thousands of boxers out there trying to cut the grade, and turning professional is not an easy task – mainly because so many hopefuls ‘fall off’ by failing to make sacrifices, Azeez tells me.

He puts his own early success down to three principles – discipline, dedication and consistency.

‘They all work hand in hand,’ he explains. ‘Whatever you want to do, whether it’s a boxer or an engineer – be disciplined, dedicate yourself and be consistent. Fighting is the easy part, to get in the ring and have a scrap – that’s easy.

‘Waking up every day, going through your runs, the way you eat, going to training every day when your body is telling you, “I don’t want to do it anymore”, you have to push. 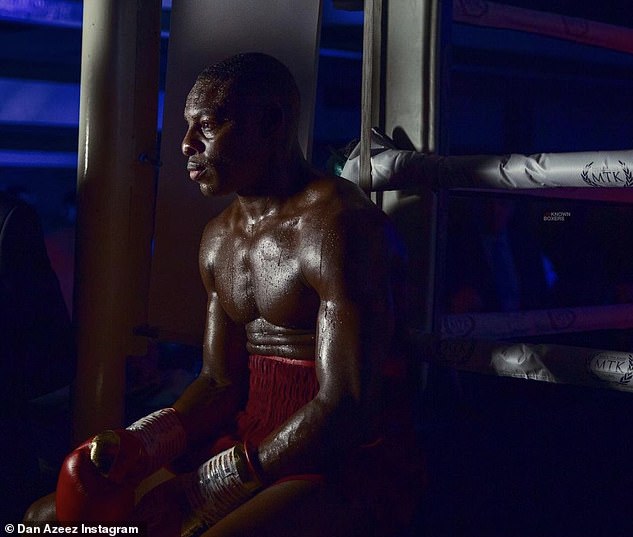 ‘That’s what separate the good boxers from the ones that don’t. So many guys are good at boxing but can’t dedicate themselves or conform to the rigours of the boxing schedule and they fall off. The ones who stay with it are the ones who make it. Sacrifice – a lot of people can’t do that and don’t want to.’

Staying strong and disciplined was more vital than ever in the last year – when the world of boxing was on shutdown as Covid-19 surged its way through the planet, leaving doubts over every fighter’s next move.

For Azeez, he saw the bigger picture. He was still allowed in the gym to train, and stuck to his usual schedule, using his trusted principles, and says boxing took a backseat with all the chaos happening around the world. 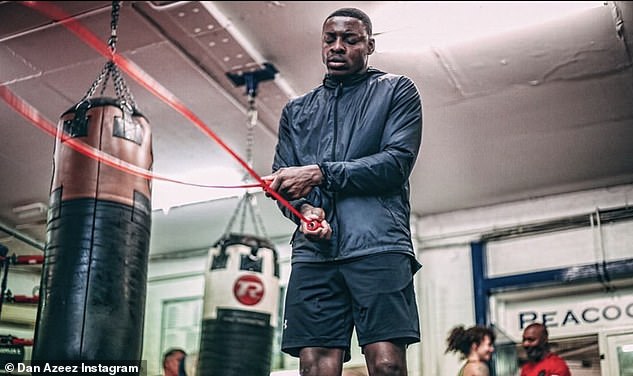 It was this mindset that helped him return to the ring in September with a stoppage win over Andre Sterling, and a big part of preparing him to face Summers for an all-British clash.

‘There were bigger things happening,’ he says. ‘People were dying – that’s my career and boxing is a small part of what’s going on. People’s businesses, their way to earn a living was collapsing. Me thinking “am I going to box again?” wasn’t really on my mind. It was a scary time but hopefully we’re coming to the end of that.

‘I’ve got a strong mental head on me. I could’ve taken my foot off the gas but I was training every day and that’s why I’m prepared for this fight.’ 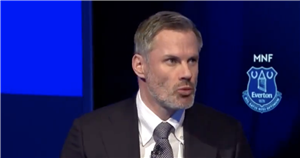 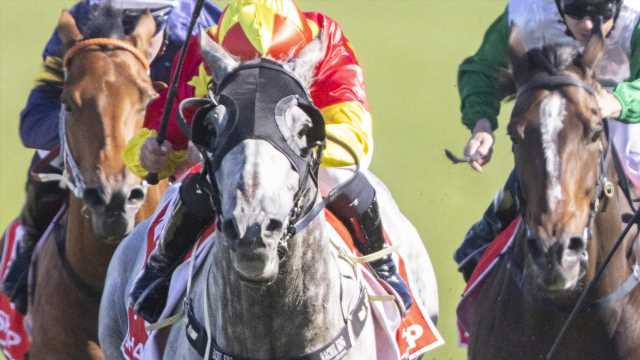 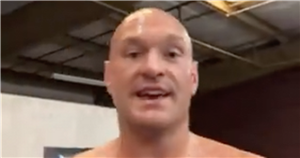 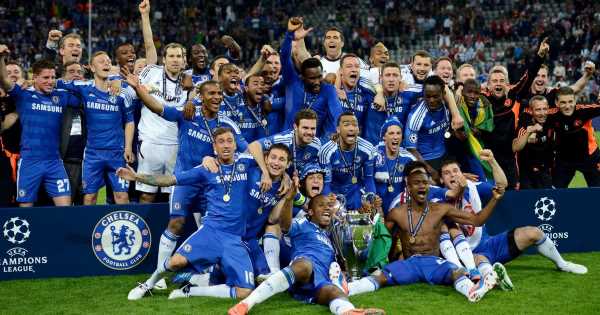