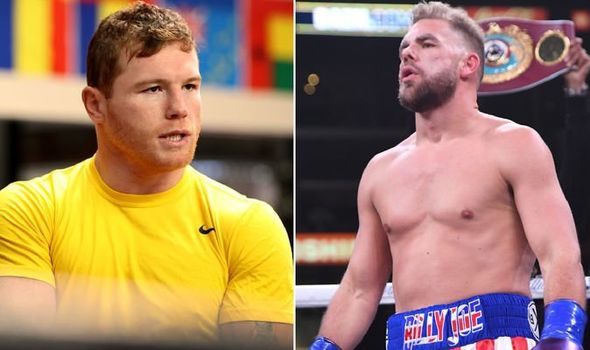 Billy Joe Saunders’ father Tom claims his son will not step into the ring to face Canelo Alvarez in Texas this weekend. The duo were due to square up in their super middleweight title unification fight at the AT&T Stadium on Saturday night (approx 4am Sunday UK time) but have been locked in a dispute about the size of the canvas.

And one year on from COVID-19 scrapping the 12-round fight, Tom Saunders insists the feud over the size of the ring means the rearranged bout has also fallen apart just days before the pair were to set to trade rubber.

The unbeaten Saunders, the WBO champion, was looking to inflict just the second defeat of Canelo’s career, which has spanned 55 fights and only saw him lose to Floyd Mayweather back in 2013.

But it appears Billy Joe and his team may not be headed back to the United Kingdom instead before the weekend, with the Mexican’s representatives refusing to meet their demands for the ring to be made bigger.

Tom Saunders suspects that the WBC and WBA king does not want to fight his son out of fear of suffering a loss in front of 70,000 baying fans, almost all of whom will be supporting him against his English opponent.

Speaking to iFL TV on Tuesday, Saunders Snr said: “I can’t see them coming face to face, the issue with the ring has still not been sorted. There’s nothing in the contract about the ring size, it’s all negotiations. The negotiations have broken down big time. 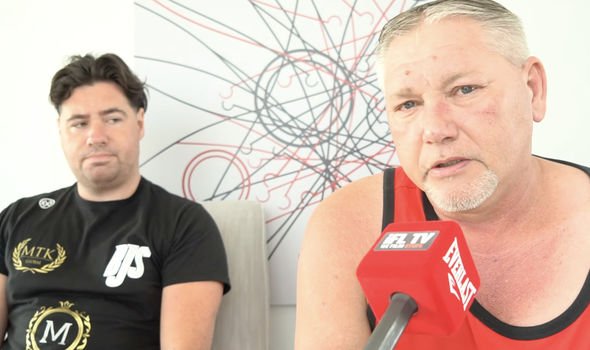 “We want a 24ft ring. We’ve come down to 22ft and they’re trying to take Billy Joe’s legs away. We’re up against everything here, everything.

“At the end of the day, I’m not going to let my son box in a 20ft ring against who is supposed to be the pound for pound king of boxing, you know?

“We’re up against everything. We’ve spoken to them this morning, they’ve said, ‘It’s either 20ft or book your flights home.’

“Unfortunately, we apologise to the fans, British, American and around the world, I can’t let my son box in a 20ft ring against Canelo on Cinco de Mayo weekend.

“The negotiations have broken down completely. I wouldn’t be surprised if they’ve got a late substitute, someone they’re going to try and dig out from somewhere. 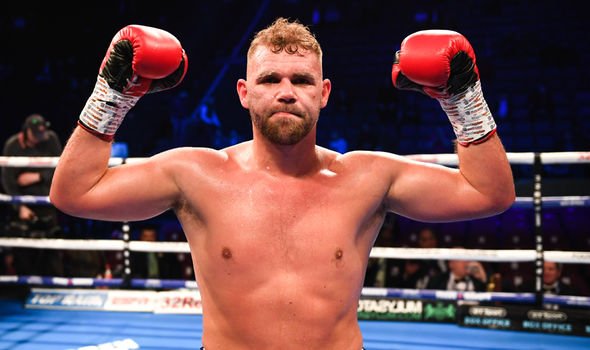 “That’s what will win this fight, his movement but unfortunately it looks like the public won’t see this fight.

“We all want to see this fight. This would have been a very, very good fight. But no, he’s adamant he wants to go home.

“We’re not going to take this bulls*** anymore. Enough’s enough. We can’t bend over backwards to please Canelo.

“He’s chucking his sweets out the pram because someone has said no to him. These people are used to fighters coming over for a pay cheque and saying, ‘yes sir, no sir, three bags full sir.’

“We’re not being put in a position where everything is on their side or in their corner. It’s not fair. All we’ve asked from day one is a fair chance.”

Earlier this week, Billy Joe told talkSPORT: “The problem is I come over here and they try to chuck me in a phone box of a boxing ring.

“You know, all these games and other bits and bumps played along the way for this fight is all mind games. 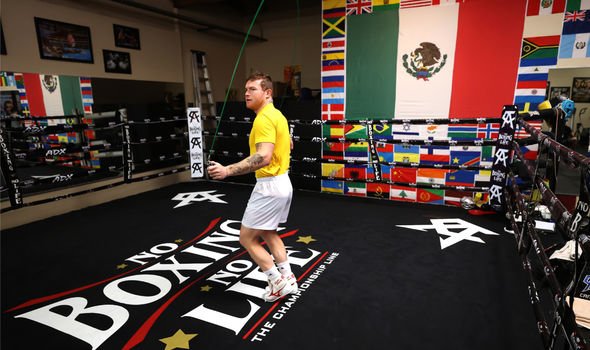 “People say stuff to get under people’s skin and under camp’s skin, but it’s hundreds and hundreds of feet long and they want to stick a 16ft to 18ft ring in the middle of it.

“For me, that’s just unacceptable. I want a 24ft ring and they’re saying it’s not gonna happen and it is what it is. But I’ve left it to my team and I’m sure they’ll solve it – otherwise there won’t be any fight.

“You can’t just fly me in here and show me the ring that we’re using and I’ve been training all of my camp in a 24ft ring.

“Anybody who knows boxing knows this fight, how I’ve got it in my head to plan out — won’t give too much away for the game plan.

“Every world title fight, all of these unification fights, they’re always in big-sized rings. Name me one, name me two fights where you see an 18ft ring unification?”