George Groves has rebelled against the perception that Anthony Joshua has looked “gun-shy” since he suffered a stoppage defeat to Andy Ruiz Jr. in 2019. Joshua, 32, lost his undefeated record to the Mexican-American star before redeeming himself with a decision victory later the same year.

The Olympic gold medallist saw a final bell for just the third time in his professional career when he lost to Oleksandr Usyk at Tottenham Hotspur Stadium in September. However, Groves believes it’s an overreaction to suggest there’s been any major shift in Joshua’s willingness to engage.

“I feel like people do an injustice when they’re like, ‘Oh, he needs to get back to his old ways,'” the former super-middleweight champion told Seconds Out. “He was never just raggedy, come out swinging and just using his power. He was never that. He was always pretty metaphorical in the way he would try and approach a fight, just with a bit more experience.

“And then people have been assuming he’s just a little more gun-shy now since the Ruiz fight, but I don’t think that’s necessarily the case. I think he needs to use his jab [with authority] and whack Usyk hard. You know, you’ve got to punch with this guy [Usyk], because you can’t try punch after him; he’s too quick and he takes great angles.” 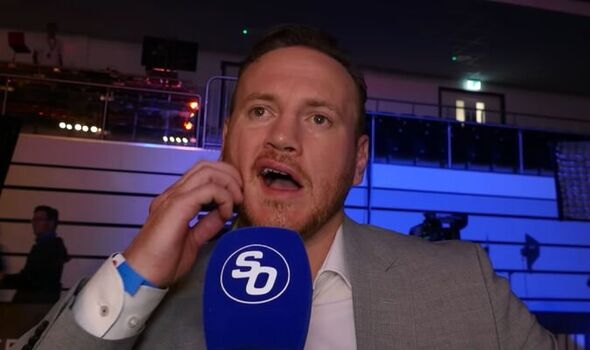 Joshua’s training partner, Frazer Clarke, recently warned Usyk of his comrade’s knockout potential and said he “punches frighteningly hard and fast.” The Londoner has fought four times since the start of 2019, and Kubrat Pulev is the only opponent he’s managed to finish in that time.

“Joshua does tire as the fight goes on, but I think he might have to think of this as a six-round fight rather than a 12-round fight, and try and get rid of him,” Groves continued. “He’s got the size advantages. If you asked a non-boxing fan, ‘who’s going to win, this guy or this guy,’ they’re always gonna pick Joshua because he’s such a big man.” 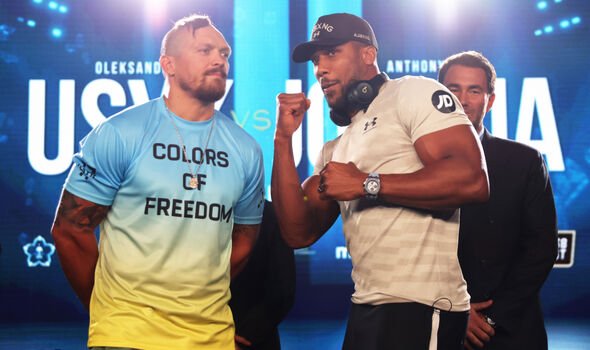 ‘Saint George’ referenced Joshua’s decision to bring Robert Garcia into his camp as a coach, adding he was “sure there must be a change” in approach lest the result repeat. AJ was outclassed from a speed and intelligence perspective when he first faced Usyk, with few in doubt the Ukrainian was fully deserving of the decision.

Despite his British allegiances, Groves described himself as “a big Usyk fan” before predicting the 35-year-old has “probably got [Joshua’s] number.” The former cruiserweight king will extend his record to 20-0 if he beats Joshua again in Jeddah, hoping to prove their first face-off was no fluke.