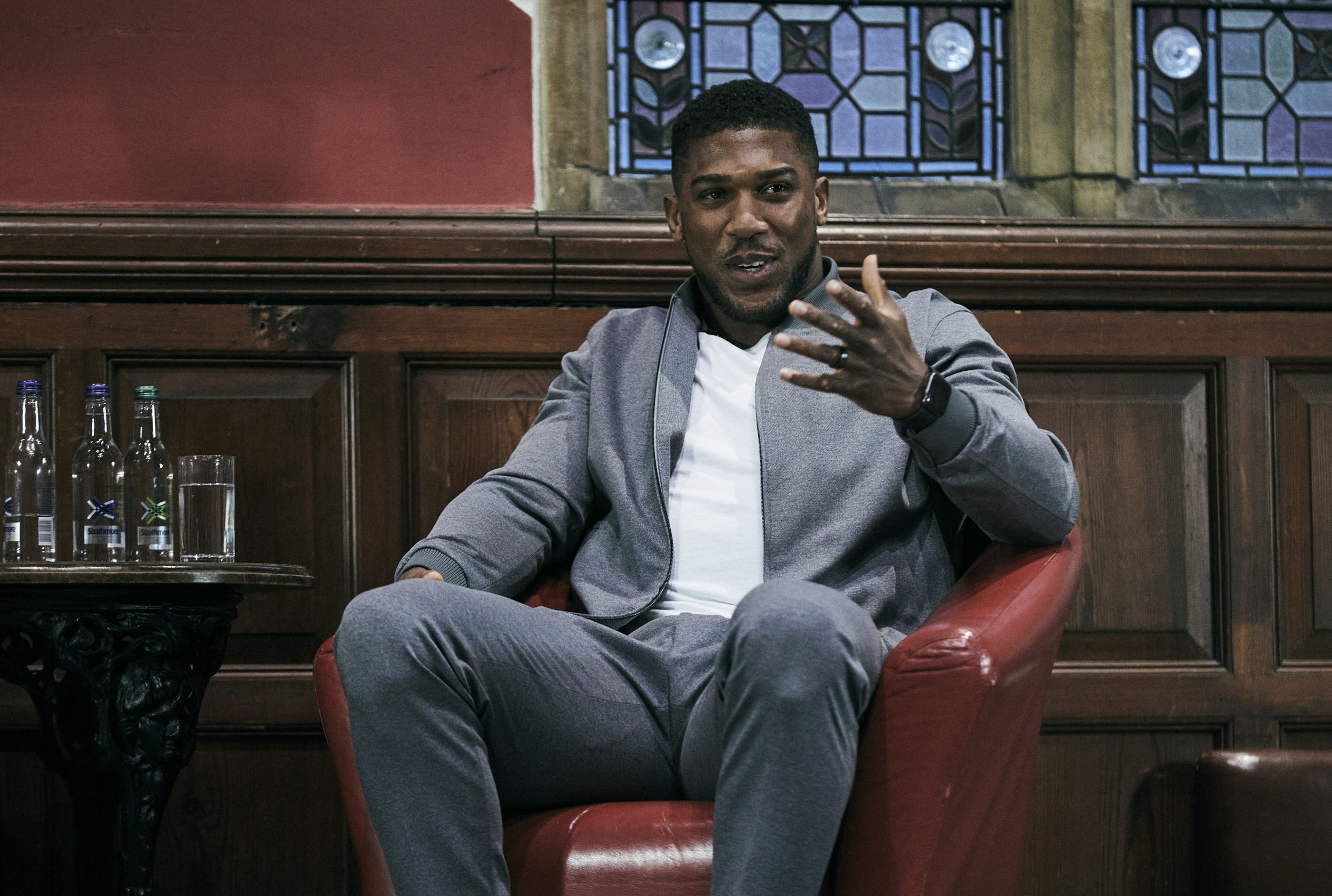 Anthony Joshua has revealed he has devised a new gameplan ahead of his eagerly anticipated rematch against Oleksandr Usyk.

AJ surrendered his IBF, WBO and WBA titles last September following a comprehensive defeat at the hands of the former cruiserweight king.

Despite the damaging nature of the defeat, Joshua opted to trigger the rematch clause almost instantly and is likely to face the unbeaten Ukrainian, who recently left his war-torn homeland to begin his training camp, in London at the end of July.

Joshua was heavily criticised for his performance against Usyk with his long-time trainer and friend Rob McCracken forced to shoulder the blame for a strategy that badly backfired.

In March, Joshua confirmed that his assistant coach, Angel Fernandez, had been promoted in a change to his set-up and the pair have been busy devising a way to avenge last year’s defeat.

‘The fight with Usyk, in my mind, was going for 12 rounds,’ Joshua said, speaking at the Oxford Union where he gave a talk to students.

‘That was my game plan because I thought I could compete with him as a boxer. And I think he won two more rounds than I did. That’s how he became champion.

‘So the goal now is to go back to basics and go for the knockout.

‘I always feel, when I’m sparring or fighting people, I actually see their spirit get dampened.

‘Honestly, when you’re looking at this person directly in their eyes and watching their body, you can read the body and punch after punch this person is slowly fading.

‘Now when you’re boxing, the art of boxing is to hit and not get hit. So you’re kind of boxing to stay away. That’s not really my style.

‘My style is to be up close and personal and make it difficult for the person. So that’s the game plan.’