Anthony Joshua could be forced to solve the sport’s most bewildering mystery – how to beat Oleksandr Usyk – to save an undisputed world-title fight.

Joshua was set to fight for his ultimate ambition, becoming the No 1 heavyweight, only for an arbitration judge to rule that rival champion Tyson Fury should face Deontay Wilder next.

With Fury expected to fulfil a trilogy fight with Wilder in July, then Joshua must attend to an unenviable task, a WBO mandatory title defence against Oleksandr Usyk.

The supremely skilled southpaw has proven to be an indecipherable riddle throughout his professional career, which has led to undisputed glory at cruiserweight and 18 victories.

Usyk tinkered with a maths problem during a press conference with Derek Chisora, a boxing genius who constantly keeps the cogs whirring by completing puzzles during training sessions.

Tony Bellew admits he was left drained after attempting to outwit the Ukrainian in a knockout defeat.

“Usyk is perfect. He does everything great,” Bellew told Sky Sports last year.

“He mentally exhausted me in our fight by constantly having his front foot close to mine.

“That doesn’t sound much. But it’s mental pressure that he puts on you, not physical.

“He wouldn’t get involved in any wrestling matches with me. Every time we got close, I would dig him to the body.

Usyk has mocked doubters who questioned whether he can compete in a higher division against physically superior champions such as Joshua.

“If the king of animals would be considered according to the size, then it would be the elephant, not the lion,” he quipped in response to concerns about his stature.

But Chisora tried to back up the simple logic that size matters during an uncomfortable points win for Usyk in October.

The beaten Brit has shrugged off punches from a string of top heavyweights and gave a scathing assessment of whether Usyk can topple boxing’s giants.

“No, because in the heavyweight game, you have to fight, not box,” Chisora said.

“I gave a couple of rounds away, 100 per cent, and he caught me with some good shots. But not with like painful shots.”

Joshua, like Usyk, claimed gold at the London 2012 Olympics, but has questioned whether his rival’s style has evolved enough to suit the harsh requirements at heavyweight.

“I was amateur for two-and-a-half years so was still adapting to different styles,” Joshua said. “Usyk was amateur for a long time so he has taken the ‘hit and don’t get hit’ style into the pros.

“The good thing that helped me? Sometimes I know to sit down on my feet and hurt someone.

“You’ve got to let them know that you’re there because all that pitty-patty stuff after 12 rounds? Sometimes people don’t respect that type of power.” 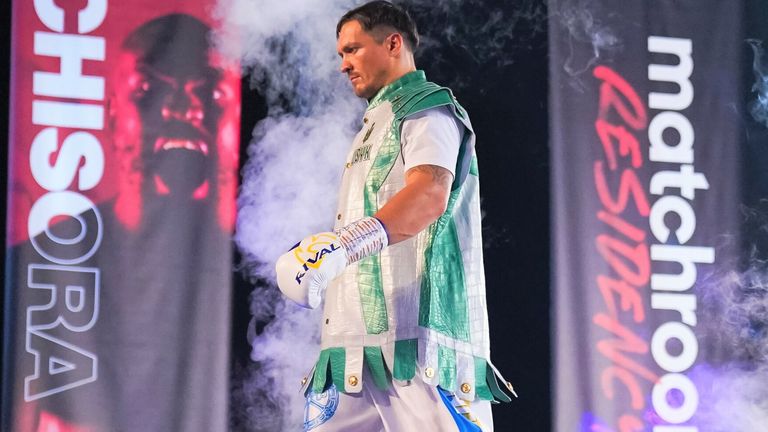 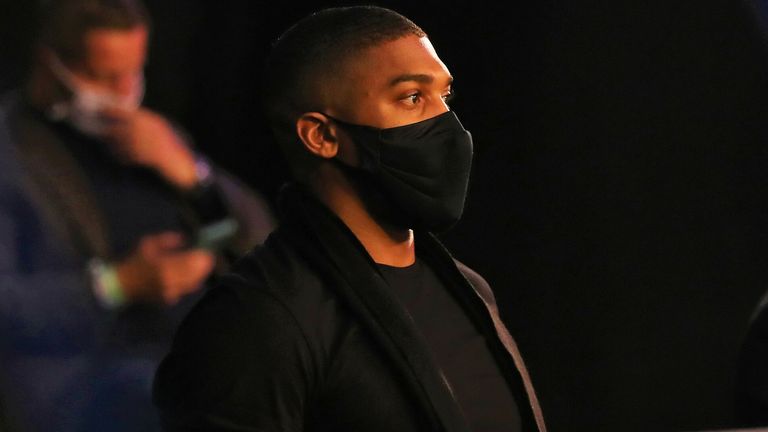 Joshua still went on a rare scouting mission – watching Usyk’s victory over Chisora from ringside – and will know deep down that tactics will have to be drastically altered after they were tailored for Fury.

American Michael Hunter, who was beaten on points during Usyk’s dominance at cruiserweight, doubts whether the 34-year-old would be a desirable opponent in a higher weight class.

“I don’t see him, other than getting a mandatory, and somebody that he can probably easily outbox,” Hunter told Sky Sports.

“But nobody is going to really respect him. He’s not going to get those big fights.

“None of the big guys want to lose by a paintbrush and not know how to come back in the next fight and fix it.”

Usyk has already sized up Joshua for his latest abstract art, an enforced fight that must be fulfilled for world titles and reputation.

For Joshua, the timing is cruel with undisputed world titles plans in peril, but for Usyk, it’s perfect.