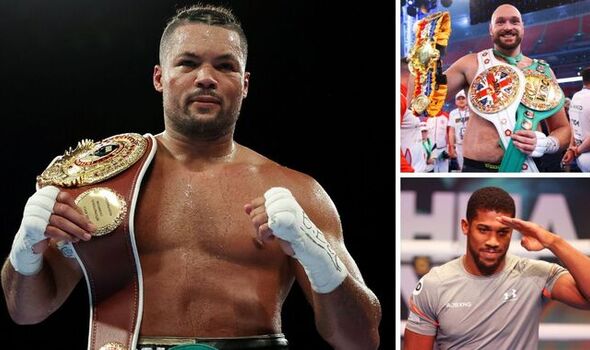 Carl Frampton believes Joe Joyce would do better against the likes of Anthony Joshua and Tyson Fury than Deontay Wilder as the former two-weight world champion warns Joyce to stay away from the American puncher.

Joyce was back in action on Saturday as he returned to the ring for the first time in 12 months against Christian Hammer. Despite coming into the fight with five losses from his last ten bouts, Hammer was able to land a series of clean overhand rights on Joyce early on.

Although the Brit was able to eventually stop his adversary in the fourth round, Joyce’s leaky defence has worried Frampton.“I don’t know if that was even a good performance. I suppose it was a good performance on paper,” said Carl Frampton to Fight Hub TV about Joyce’s most recent outing.

“He got rid of Hammer in four rounds, but he got hit really clean. We know Joe gets hit, and that’s how he fights, and he marches forward but he got hit really, really clean tonight. Still no effect on him and he did what he had to do but how long can you continue to do that for? It’s hard not to like Joe, everyone likes Joe. He’s a great guy. Tough as f****, hard, hard man.” 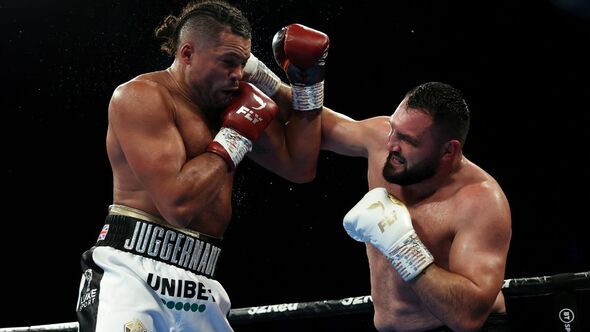 Frampton then continued to weigh in on Joyce’s next opponent and warned ‘The Juggernaut’ to stay away from Wilder, saying: “People talk about what fight next. I think the only one to try and stay away because he does get hit so clean is Wilder because he is such a ferocious puncher, but I think Joe gives every single heavyweight on the planet a hard fight.

“That even includes the big man, the guy at the top, Tyson Fury just because of how tough he is and how he fights. He’s so fit, so unbelievably fit. At the end of four fast-paced rounds, Hammer was exhausted and Joe wasn’t breathing.”

Joshua shows off blistering hand speed in warning to Usyk 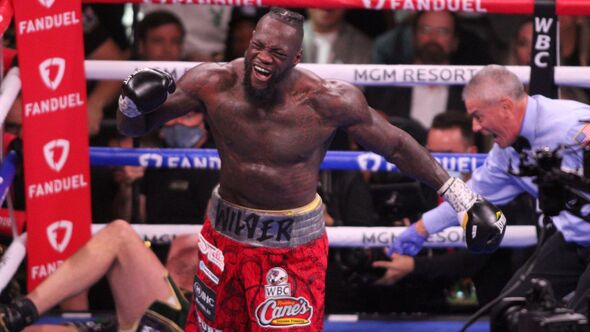 Joyce is expected to return to the ring on September 24 against a currently undisclosed opponent. The Olympic silver medallist’s promoter Frank Warren has recently expressed interest in a potential fight between Wilder and Joyce and revealed he will likely reach out to the ‘Bronze Bomber’s’ management in the near future.