After a year with Jones Jr, Eubank Jnr is ready to return to the ring

‘Working on a Florida farm has turned me into a different animal’: After a year out of his comfort zone with legend Roy Jones Jr, Chris Eubank Jnr returns to the ring on Saturday ready to ROAR

Chickens pecking at the floor of the rustic gym. Alligators in the swamp outside. Racoons on the run. Armadillos lazing in the warmth of the sun.

This has been Chris Eubank Jnr’s life for the past year. Farm life in the Florida panhandle since Roy Jones Jnr took him and his yet-to-be-fully-realised career under his wing.

Until he flew home to Brighton a couple of weeks ago, on his way to Manchester this Saturday for his first fight in 14 months, convinced that by this sacrifice of his usually gilded existence, the son of Chris Snr has found the world title keys. 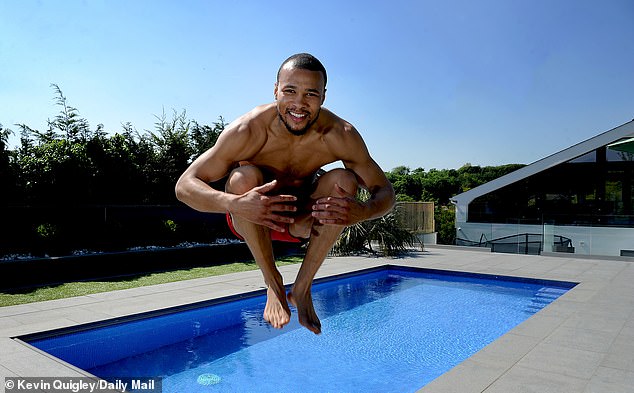 Without doubt, grinding work on Roy Jones’ farm has helped in one vital area needed in the hardest game: maturity.

It has enhanced his boxing brain and altered his relationship with his iconic and flamboyant boxing father. There is a more balanced approach now to Eubank’s self-assessment.

‘Out there on the land is how Roy prefers to live,’ he says. ‘I didn’t have to do this. But if I wanted to learn from the master I had to be there. It wasn’t easy to immerse myself in that. Apart from Roy I knew nobody there. I had no friends there. No family.

‘The nearest town was Pensacola. After training I would drive back to my apartment there. I watched a lot of TV. Occasionally I would chill with one of Roy’s other boxers.

‘But mostly I was by myself. I just had to get used to it. The farm and being alone. And me, a city boy. It was nothing like where I was before that; in the comfort zone of my Las Vegas apartment and Floyd Mayweather’s gym. I love the hustle and bustle of Vegas and London. I enjoy the seaside buzz here in Brighton. Out there on the land I had to adapt to a very different atmosphere. There were more dogs than people. I’m proud of myself that I could stick with it.

‘In one way the timing worked. I was in a kind of lockdown but nothing as strict as you were all under back home. Florida was much more open. So were Dallas and Vegas when I made the odd trip out. All that was a help, psychologically. But it was still a huge change for me over a long period of time.’

Was it worth it? ‘Every minute. It was a hell of an experience. I was making the best of the bad situation affecting us all. Roy is a genius. We knew that during all those years when he was the No 1 boxer in the world. Now, personally, I have the benefit of all that knowledge and wisdom. 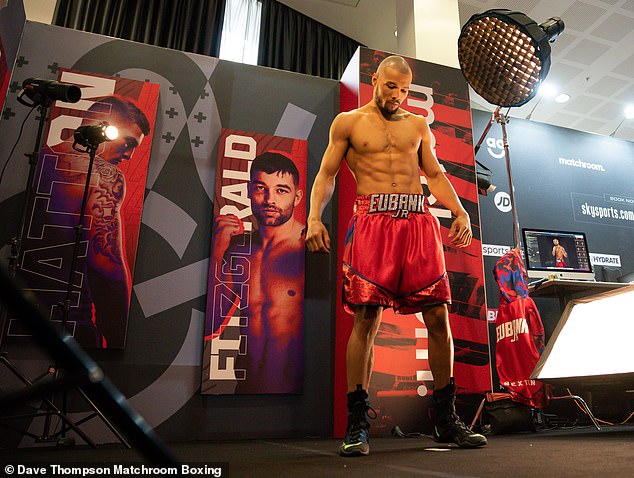 ‘I know I’ve progressed a lot even though I’ve been forced by Covid to miss fights that could have led to world title shots.

‘Roy has improved me mentally, my thinking about tactics, strategy, how to prepare for different types of opponents. Making me understand why I am going through all those hoops in training.

‘They are the big things but some of it is back to basics — to the little gems that combine into big things, the small things you learned when you started boxing.’

Many of those were taught by the first Christopher Livingstone Eubank. ‘It’s never easy for a son following in the profession and footsteps of a famous father,’ says Eubank. ‘It creates more pressure. But you have to handle it. Because in the end nobody can get into the ring for you. My dad knows he doesn’t need to be around me all the time now. I’m 31 and I’m my own man.

‘What with lockdown and me being in America this has been the longest I’ve ever gone without seeing my father — 14 months. We met up on my third day back in Brighton.

‘Our relationship has changed but is still good. It’s no longer just father and son. We’re more like good friends. The boxing is about me. He knows that I will do right by the family name.’

Starting this weekend. Eubank has criticised the world’s No 1 pound-for-pound boxer, Canelo Alvarez, for making ‘soft’ title defences against inferior opponents. In particular last time out in February against Avni Yildirim who Eubank flattened in the World Series Of Boxing, albeit before losing to George Groves. 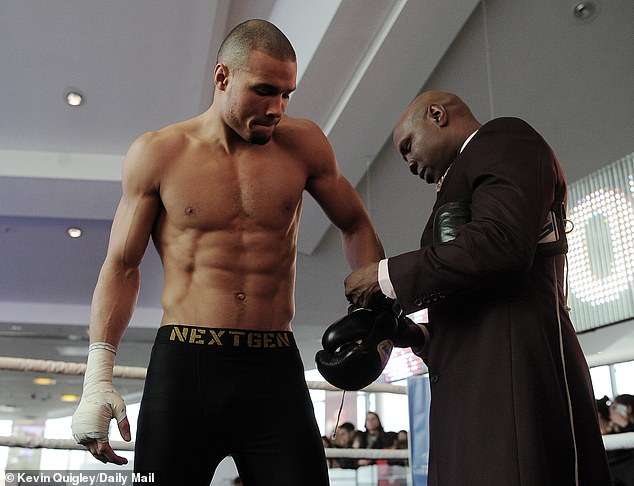 Also including Billy Joe Saunders, who Canelo obliges with a massive pay-day in a packed Dallas Cowboys stadium on Saturday week.

Saunders has retorted by belittling Eubank for making his homecoming against the unheralded Marcus Morrison. He fires back by arguing that while Alvarez has been busy in America he needs to ‘brush off the cobwebs against a decent fighter if not a world beater’.

‘After this,’ he says, ‘I want to fight twice more this year against top men. Hopefully in the second against Ryota Murata (the WBA middleweight world champion).

‘I am ranked as his No 1 contender and I would gladly go to Japan for that fight if we can get round Covid restrictions. Then my focus will be on a super-fight against Gennady Golovkin.’

As he comes back down from super-middleweight, at which he held the lightly regarded IBO world title until 2019, he says: ‘I feel much more powerful at middleweight. The only fight for which I’d go back up to super-middle would be Canelo. I couldn’t resist. With my tenacity and Roy’s teachings I can defeat the best in the world.’ 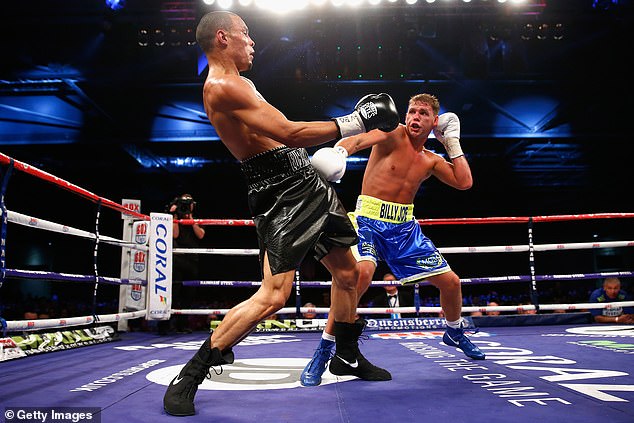 It was at middleweight that he suffered his first and only other loss, to Saunders by a wafer-thin split decision. Their feud rumbles on outside the ring.

Eubank has put a £10,000 bet on Canelo to KO Saunders inside two rounds. Billy Joe’s response: ‘He should spend the £10,000 on flying to Dallas and a ringside seat. That’s the closest he’ll ever get to a fight of this magnitude.’

Eubank smiles. ‘Maybe. Just for the pleasure of seeing him get smashed. I would beat him easily if we ever have a rematch. I’m a different animal now.’

The irony of that remark in the context of his year down on the farm is not lost on him. Like those chickens, Chris Eubank Jnr is coming home to roost.