Boxing giant Nikolai Valuev became a Bigfoot hunter after his retirement from the sport.

The seven-foot tall Beast from the East was a two-time WBA heavyweight world champion during his days as a professional boxer but retired in 2009 after losing to David Haye. Since ending his fighting career with a record of 50-2, Valuev has since turned his attentions to proving the existence of the "Russian Yeti" and has spent more than a decade hunting Bigfoot.

His bid to find the creature even saw him appear on Channel 4 series 'Bigfoot Files' in 2013 as he hunted for the real sasquatch.

The show's research took them to Russko-Ursky in Siberia, where they found Valuev already searching for the creature. Valuev appeared by the footage shown to him as part of the show.

“I have to say I’m shocked," he admitted, via the Daily Mail. "If it was a fake, the children wouldn’t have been over-excited. We should be saying a big thank you to these boys.”

Sadly, however, the show failed to prove Bigfoot's existence during their search in Russia. It was not the only time Valuev had embarked on a search for the Russian Yeti, though.

In 2011, the former boxer set out on a two-day expedition in Siberia but returned empty-handed according to a government press release.

Who would win a fight between Bigfoot and Nikolai Valuev? Let us know in the comments section below. “Valuev did not manage to meet the yeti itself but on the way he discovered ‘traces’ such as broken tree branches," reads the government statement, via NBC Sports. “By the time they reached the Azass cave, the expedition saw gigantic footprints, similar to a human’s.”

To add insult to injury, Valuev was later taunted on social media by a Twitter account impersonating Bigfoot, which tweeted: “Nikolai Valuev drank a bucket of tea in my cave, but carelessly forgot the bucket itself. Thanks! It’ll come in useful at home. Pity that it’s not quite enough for me.”

The Russian Giant claimed a month later to have finally found the creature, though, after carrying out another search for Bigfoot. According to Weekly World News, Valuev chased down the Yeti and punched it after spotting it on his expedition.

“But the beast just took my punch and… ran off," explained Valuev after his altercation with the animal. "At least, I know he is real. I’ve punched him. That’s real.”

Sightings of the Russian Yeti date back to 2005, when it's existence was first reported after giant footprints were seen in the snow. As for Valuev, he has been on the hunt for Bigfoot since 2011, two years after hanging up his boxing gloves.

In addition to Bigfoot hunting, Valuev has also worked as an actor and branched into politics since he retired from fighting. He remains incredibly patriotic and has been a Member of the State Duma for 11 years.

He also has a pro-war stance and has been particularly vocal about the subject and Ukrainian president Volodymyr Zelenskyy since Russia's invasion of Ukraine earlier this year.

His criticism Zelenskyy even saw him make the accusation he had been on drugs during a press conference in an explosive Instagram post back in March. 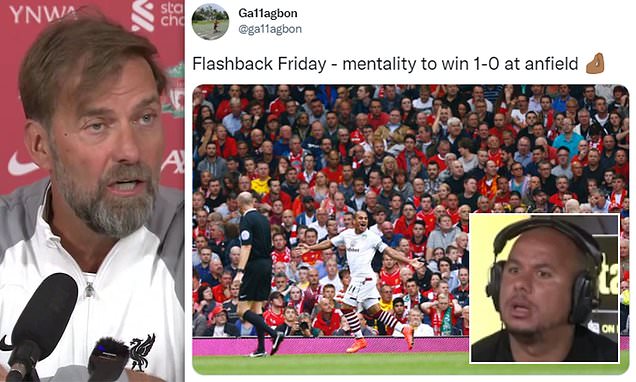