As he watched over the basketball courts at the AIS Training Hall last week, coach Marty Clarke offered a rather impressive observation about the facility.

“If we were in the US, we would be rock stars,” Clarke said. “We would have people coming from all over wanting to scout the players and see how we do things.” 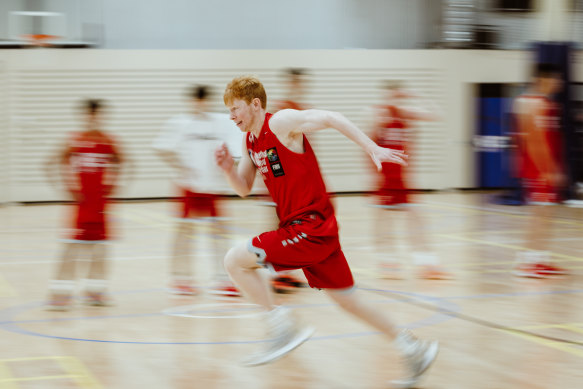 Clarke is the technical director of the NBA’s Global Academy program based at the Australian Institute of Sport in Canberra. Earlier in his career, he was a long-time coach with the AIS basketball program, now known as the Basketball Australia Centre of Excellence.

The NBA program and the COE’s boys and girls teams now share the facilities at the AIS, working out on the same courts that helped launch the careers of Patty Mills, Lauren Jackson, Luc Longley, Joe Ingles and scores of other Australian stars.

The COE teams still feature the best Australian teenage boys and girls, while the global academy has six or so of the best Australian males plus 10 or so overseas players. Some of their recent talent has come from China, Qatar, South Sudan and Indonesia.

The AIS has been developing players for decades and it would be easy to think the NBA has just put its logo on it and taken the credit but Clarke said the NBA had opened the program to the world.

“The NBA influence has allowed what was already a very successful program for Basketball Australia to become an even more successful one,” Clarke said.

“When I was here previously, for us to get international competition we would have to pay $100,000 then get on a plane and fly 20 hours and play eight games in a row and come back.

“The NBA has allowed international competition into the training environment. The Aussie kids get to play against athletes from Africa, shooters from Asia and the tough, gritty guys from South America and do it on a daily basis.”

The NBA has also opened academies in Africa, India and Latin America.

While Giddey, Daniels and Latin American academy graduate Bennedict Mathurin have made it to the NBA, the academies weren’t set up to create NBA players but rather lay the groundwork for teenage talents to develop elite training habits.

The NBA’s head of elite basketball Chris Ebersole was in Canberra to look over the NBA Basketball Without Borders Asia camp at the AIS last week and as the man who oversees these academies, he was quick to add that the league’s top executives were noticing the impact of the program. 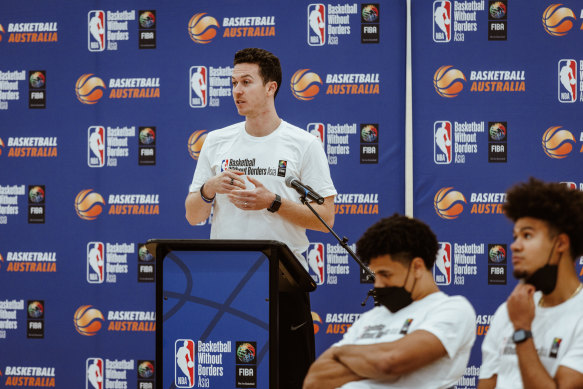 “Most of the players are not going to make it to the NBA, at least not right away,” Ebersole said.

“We have now sent over 80 players from the academies to division one college basketball and have others playing around the world.

“We just had the first male player in the history of Indian basketball commit to a division one school, these other milestones don’t get as much publicity as someone getting drafted but are massive steps forward for us in other regions. We have just had our fourth player sign with the NBA’s G-League Ignite team.

“If you look at the three players we’ve had drafted, they have all got to the NBA via different routes. Mathurin went from the Latin America academy to college basketball, Giddey signed with the NBL Next Stars program and Daniels signed with Ignite.

“No matter where a kid is born, if they have that talent and desire, we want to make sure there isn’t a gap for them to slip through.”

Ebersole also said the NBA was working to strengthen its programs and wanted to improve the opportunities for female players.

Forward Akira Jacobs, 18, won the sportsmanship award at last week’s camp and he aspires to join the academy program.

The 200-centimetre forward has a Japanese and Africa-American background, with COVID-19 seeing his family move back to Japan from California last year.

“In America, I was going nowhere and wasn’t playing at a high level,” Jacobs said.

“Honestly, I wasn’t working hard enough on my body. During COVID, I wanted to flip that around and I ended up with some opportunities and have performed well.” 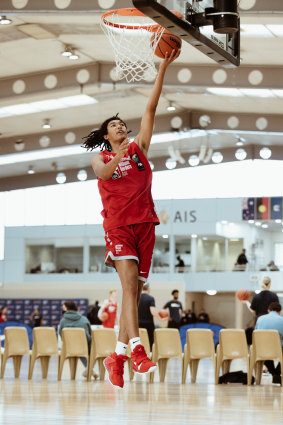 Clarke said the academy’s aim was to prepare players so they trained as professionals and managed themselves on and off the court.

“We were sitting with our players on draft day and reminding them [of] our two-year plan for Dyson Daniels, he was meant to still be sitting with them but he was 12 months ahead of schedule,” Clarke said.

“Giddey was similar and now Tyrese is on the same path. The similarities are that they learned how to be pros, learned to work hard and learned how to learn.

“There are things like talent, background that we can’t take any credit for. But we teach them how to look after themselves and take responsibility for their own careers and not leave it to agents or parents – that was the same for guys like Patty or Delly.”

Wollongong guard Josh Dent, 16, is one of the players in the NBA academy team and was named in the best 10 players at last week’s camp.

The point guard knows he is a few years from being able to enter the draft but Giddey, Daniels and others have shown the big league isn’t out of reach.

“You try not to think about but having those guys like Josh and Dyson who have been here helps build a pathway and allows you to mould your game and know that the hard work will pay off,” Dent said.

Roy Ward travelled to the NBA Basketball Without Borders Asia camp courtesy of the NBA.