The 2021 French Open kicked off on Sunday at Roland Garros ahead of another two weeks of scintillating ATP action. This year’s clay-court Grand Slam is finally here, but how has the COVID-19 pandemic affected the prize pool?

The Spaniard has won 13 of the last 16, making him the most successful player in the tournament’s history.

Max Decugis is the closest to matching Nadal’s haul with eight successes, and the latter is eyeing a bigger record this year.

If he’s successful in the 2021 French Open, Nadal will surpass Roger Federer in the all-time Grand Slam rankings.

If he retains the title, it’ll be the 21st Grand Slam success of his iconic career, but Federer and world No 1 Novak Djokovic will look to put a dent in his aspirations.

JUST IN: Thiem out of French Open as Nadal and Djokovic’s main threat loses 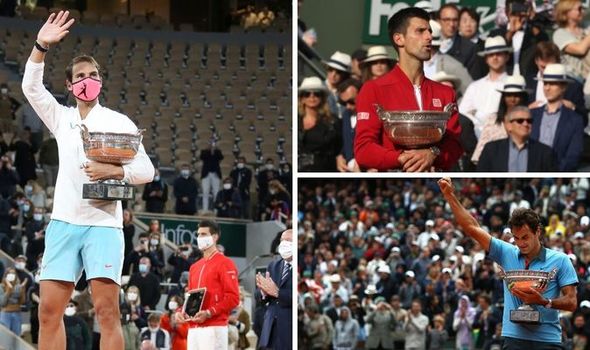 Federer has previously admitted Nadal and Djokovic, who’s on 18, will likely finish with more major titles than him.

Speaking ahead of the 2020 Australian Open, he said: “I think the way things are going, Djokovic and Nadal will win more titles than me.

“They are really great athletes and have been showing in recent seasons that they don’t want to stop.”

Djokovic (1), Nadal (3) and Federer (8) all interestingly find themselves in the same half of the French Open draw.

Nadal has addressed the draw ahead of his latest Rolland Garros campaign, suggesting he’s focused on what he’s doing over anything else.

“They would need to play each other and I have my own path,” Nadal explained.

“My path right now is [Alexei] Popyrin [in the first round], and that’s where my mind is.

“My draw is hard enough to be thinking about anything else. I must continue my preparation, focus on my routines and keep advancing in the way we want.” 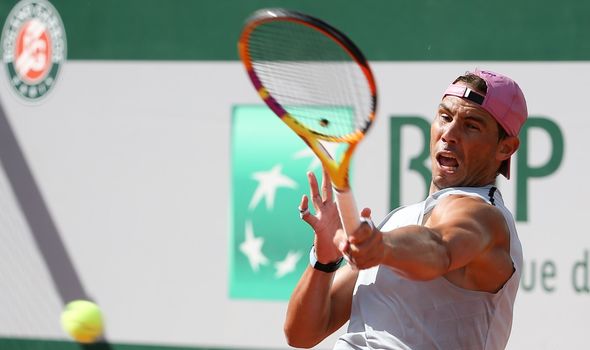 Who earns what prize money at the French Open?