At the start of the week it seemed nothing short of a pipe dream but now there is a genuine possibility that Mauricio Pochettino could be in charge of Tottenham next season. The Argentine has been in talks with Daniel Levy this morning over the prospect of a return to north London, where he was dismissed from his duties in November 2019 following a poor start to the season.

Plenty still needs to happen if Pochettino is to take over the reins once again though and the PSG boss will want assurances he can spend.

It’s already clear that Spurs may stand a better chance of keeping Harry Kane if Pochettino arrives back at the club this summer.

But Kane is only likely to stay if he feels Tottenham will be challenging for trophies next season.

With that in mind, Levy will be well aware that he will have to pull out all of the stops in the transfer market.

JUST IN: Mauricio Pochettino ‘tells friends he will quit PSG for Tottenham’ to fulfil Spurs promise 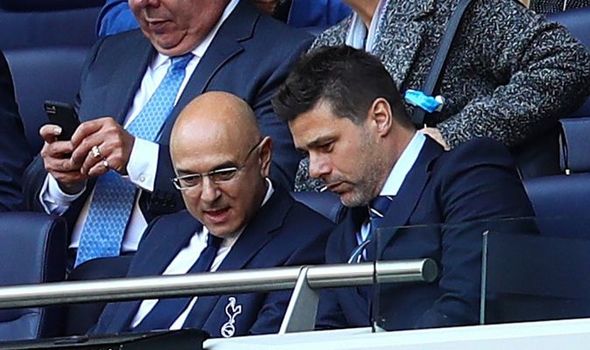 In goal, there won’t be too many surprises that Hugo Lloris is set to remain the club’s No 1, despite entering the final year of his contract.

At right-back, Serge Aurier is set to move on and a new addition is expected with Norwich’s Max Aarons under consideration.

He could slot in ahead of Matt Doherty, while Fulham loanee Joachim Andersen could also sign for the club.

The Dane could partner Toby Alderweireld with Sergio Reguilon completing the defensive line.

In midfield, Pierre-Emile Hojbjerg and Tanguy Ndombele keep their places.

Spurs will need a new blockbuster name in attack to keep Kane and Heung-min Son happy and a deal for Paulo Dybala could be re-explored.

If Massimiliano Allegri returns to Juventus, he will do everything within his power to keep the Argentine, who came close to joining Spurs in 2019. 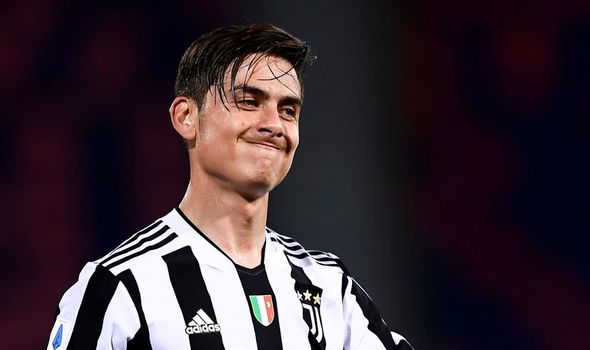 But his Juventus contract is slowly running down and now could be the right time for a new challenge.

Gareth Bale could also re-sign on loan, despite his cryptic comments which appear to hint at a return to Real Madrid.

Son and Kane would then complete an explosive front four that is likely to strike fear into Premier League defences.