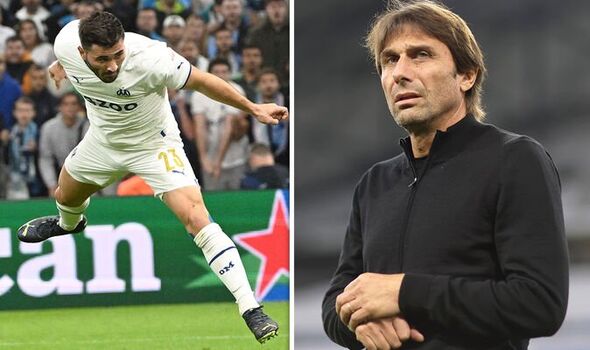 Sead Kolasinac’s miss against Tottenham on Wednesday may well be a “defining moment” in Antonio Conte’s spell at the club, claims Danny Murphy. The former Spurs midfielder has likened it to Mark Robins’ famous goal for Manchester United which may well have saved Sir Alex Ferguson’s job in 1990.

Kolasinac missed a gilt-edged chance in the closing stages of Tuesday’s Champions League tie in Marseille. The score was 1-1 at the time and a victory would have sent Spurs out of the competition and into the Europa League.

The former Arsenal full-back headed wide when it looked harder to miss from close range. Tottenham then went up the other end and stole all three points to seal top spot in Group D.

Murphy believes the moment could turn out to be similar to Robins’ goal over 32 years ago. There was huge pressure on Ferguson’s job heading into a third round FA Cup tie against Nottingham Forest.

Robins popped up with the winner and United went on to lift the cup later that season, the first of 38 trophies for Ferguson. Conte is not likely to be as successful as Ferguson but Murphy can see the similarities.

He told talkSPORT: “At 1-1 when Kolasinac the former Arsenal player missed the header from three yards, four yards, five yards whatever it was. Bad, bad miss.

“Do you know what? There’s moments sometimes in a manager’s career at a certain club which defines what happens next.

“You think back all those years ago Mark Robins, FA Cup, Fergie, they were singing for him out weren’t they, and they got through and ended up winning the cup. Steven Gerrard’s half volley late in the game against Olympiakos.

“Poor season, Rafa [Benitez]’s first season, ended up keeping him in the Champions League and going on to win it, which gave them the platform to then make Liverpool competitive. And maybe Conte’s just had a moment.

“Maybe that’s the moment. Because I’ll tell you what, if they’d have gone out last night, I would have feared for him because the fans would have turned.”

Conte had to watch the match from the stands after being sent off in last week’s draw with Sporting Lisbon. Assistant coach Cristian Stellini took charge and was delighted with the outcome.

He said: “I’m very proud because when you start a match in the way we started, it’s not easy to change. The crowd was very hot, Marseille had control of the game in the first half, and we never jumped up to press or create problems, and our energy was very low.”